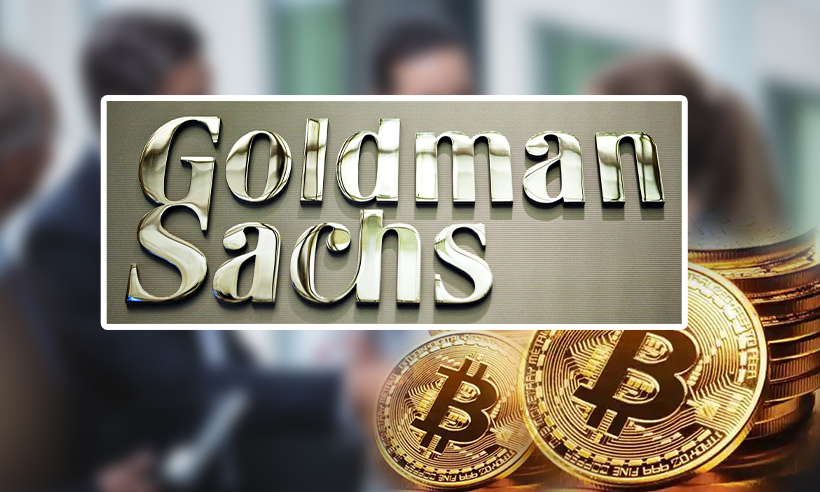 Goldman Sachs has decided to offer Bitcoin Investment to its Affluent Clients and is digging deep into the cryptocurrency business as the ascending prices lay up the attention of its wealthy investors reported CNBC. The move of the banking giant represents another significant milestone in the asset’s mainstream adoption, which already took Goldman Sachs leaps forward.

“It’s seeing substantial demand for digital assets from its clients” The banking giant is not sure how to meet that demand while still staying on the right side of regulation.

The bank CEO revealed that they were communicating with the regulators and the Federal Reserve. About the regulations governing the operation and how they can custody digital assets when dealing with virtual currencies.

A Goldman Sachs’ client survey on digital assets showed that 40% of wealthy customers surveyed by the bank currently have crypto exposure. Further, 54% of respondents predict Bitcoin price will be between $40,000 and $100,000.

Undeniably Crypto regulations in the US are vague. Goldman Sachs has started its cryptocurrency trading desk again in February, which is dealing in Bitcoin futures and non-deliverable forwards. The Security and Exchange Commission has proposed a time-limited relief for crypto custodians operating as broker-dealers, amid industry requests continuing for clarity on whether they can hold such assets under federal securities laws.

Another example showing rising interest in Bitcoin futures is the case of Morgan Stanley. Who told its financial advisors that it is launching access to three funds that enable ownership of Bitcoin. The bank’s affluent client with “an aggressive risk tolerance” and have at least $2 million in assets can invest up to 2.5% of their net wealth in Bitcoin funds.