The GRT protocol creates an index from data originating from Ethereum and IPFS networks, which powers many applications on both DeFi and the broader Web3 ecosystem. GraphQL enables application developers to query blockchain data using open APIs, called subgraphs. The decentralized network will launch later this year and developers will have access to the hosted service in production for getting started quickly. As of today, The Graph may index data on Ethereum, IPFS, and POA, with more networks on the way.  Let us look at the technical analysis of GRT. 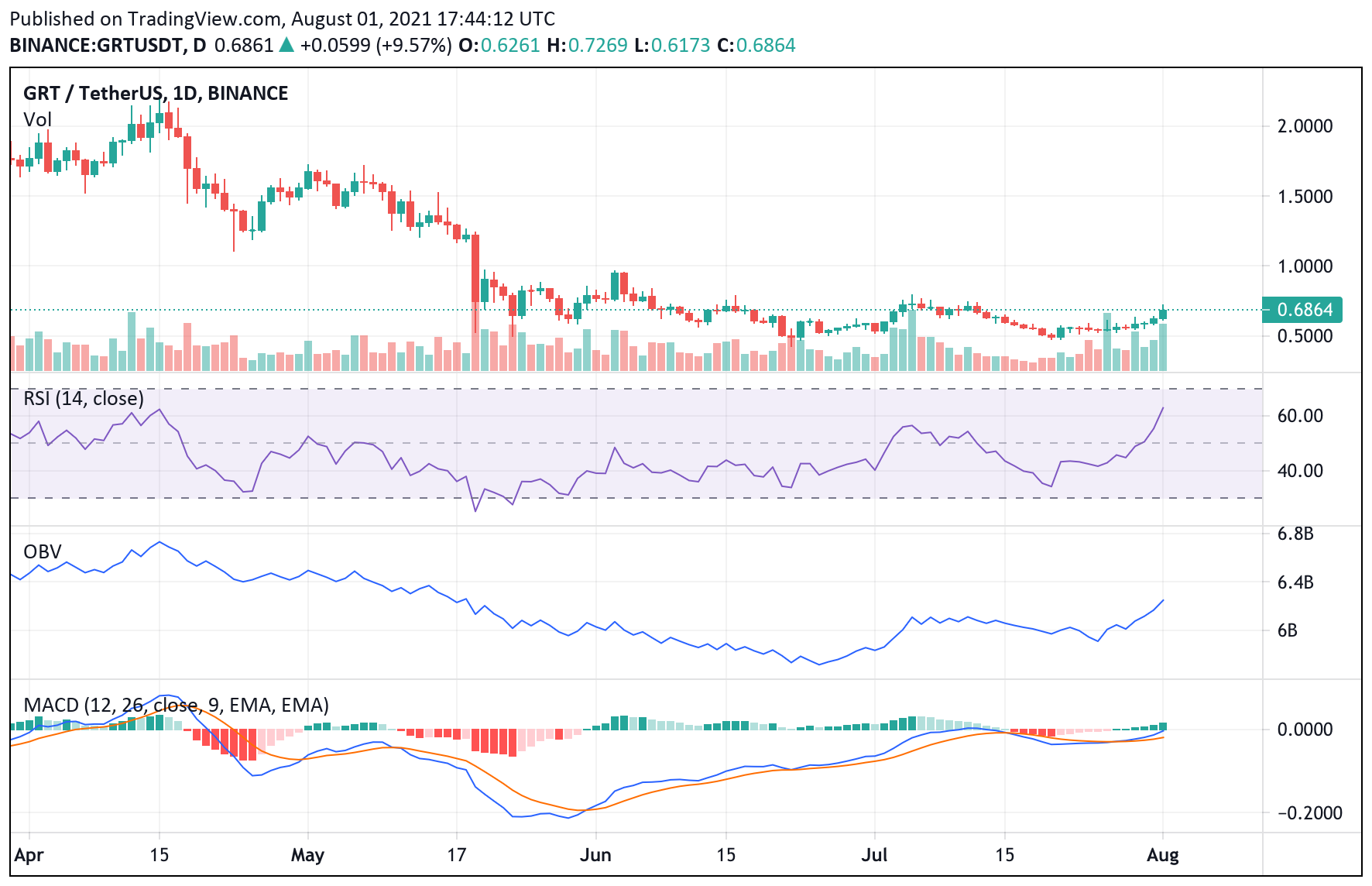 At the time of press, GRT is trading at $0.6437. The price has decreased from the day’s opening price of $0.6611. Thus, the sellers are dominating the market currently.

Currently, the RSI is at 62.47. And, is currently forming a bullish divergence by taking support of the 32% level. Therefore, there is a bullish trend for GRT ahead. However, for the day ahead we can see some pullback in the GRT price as the selling pressure is high.

MACD is at minus at $-0.003. As the MACD is below level 0 the market is not very optimistic but MACD is trying to gain support and cross the mark of 0. However, a bullish crossover by the signal line over the MACD line has occurred. But currently, the overall market momentum is bullish. Hence, the price may rise further.

According to the indicators, the GRT is very bullish as of today and will likely remain so tomorrow as well. However, we can not rule out the possibility of a trend reversal. Therefore, if the price breaks down from the support level of $0.628, then traders should avoid taking long positions.