Guide To Atomic Swap Of Cryptocurrency For Beginners In 2020

Bitcoin or Cryptocurrency or Digital currency initiated the digital financial revolution when it struck the financial market with its unique feature of "decentralization" in 2009. Crypto enthusiasts claimed that currency is entirely decentralized and is not backed or managed by any authority or institution. But, as the currency gained traction, crypto trading markets started being dominated by the centralized exchange platforms in crypto space.

Don't worry crypto enthusiasts!! Decentralized Exchanges (DEX) are here to maintain the decentralized status of a currency. DEX introduced the alluring exchange method of "atomic swap". Calm down and start this Guide to atomic swap to clear all your doubts related to the more private mode of crypto trading that too without any intervention of exchange. 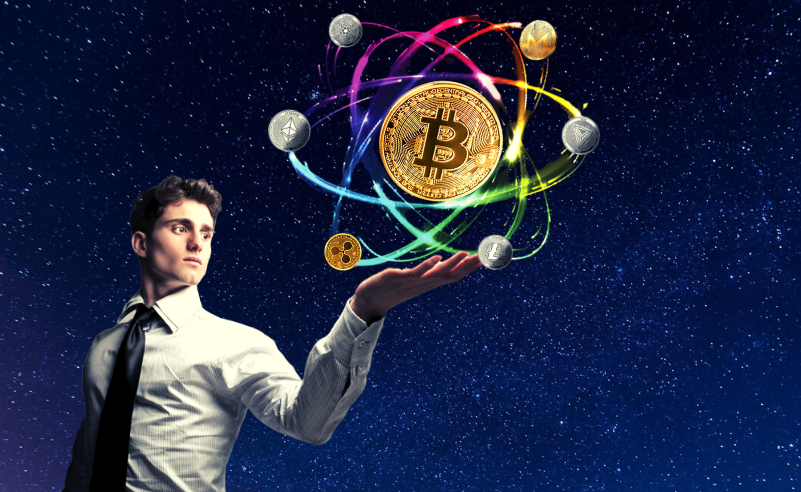 Before answering the question->What are atomic swaps, let us first understand the meaning of swapping.

In simple words, swapping refers to non-custodial crypto-to-crypto exchange. It is like a traditional barter system, where you can easily exchange your crypto asset for another, without any fiat currency and without leaving your wallet where your private keys are stored.

So now let me initiate to explain, what is an atomic swap?

Let's assume Sid and Smriti wanted to swap their tokens. Sid has 67LTC, but he wants to have 1 BTC (just to know it feels). On the other hand, Smriti has 1 BTC, and she wanted to own 67 LTC, they both decided to trade. But the problem remains, who will transfer the tokens first? No one wants to initiate, nor do they want to have some intermediary (like an escrow account) to complete the trading. Then, they came across this Guide to atomic swap and used the method of atomic swapping to trade their tokens. Without any third party like a crypto exchange or any intermediary like an escrow account, they were able to get what they both wanted!

Technically, Atomic swap is a peer-to-peer method swapping different currencies without any intermediary but via smart contracts. Whereas "atomic" is a fancy computer science term which means "either they happen completely or not at all". It means if by any chance, one of the parties failed to complete their side of the transaction, then funds will return to the crypto wallets of the original owner.

Atomic swapping is another stage of evolution in decentralized currency, making the trade safer, efficient and "trustless"! What did I mean, you cannot trust in the method of swapping? No, I just said opposite of that. Ironically, trustless exchange means a more trusted one. Confused.?

How Do Atomic Swaps Work?

Atomic swapping seems to be a new method to start crypto trading. But hold on, do you know, how do swaps work? Or how do atomic swaps work? 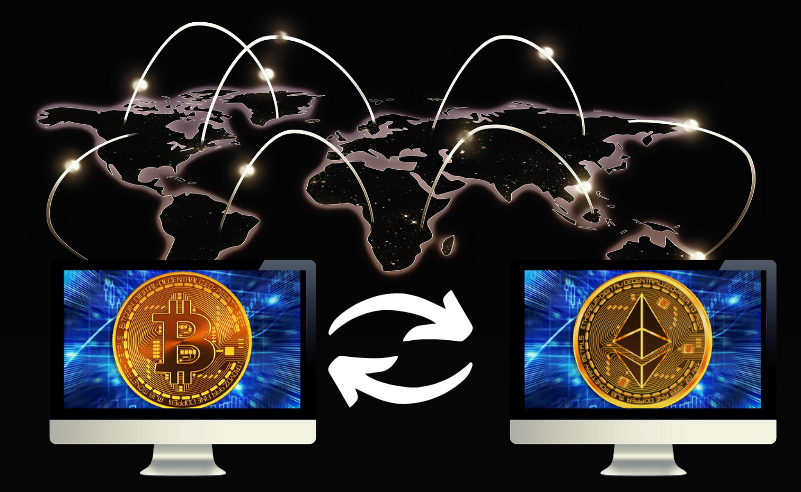 The atomic swap was firstly introduced by Tier Nolan in 2013 but became famous in 2017 when Litecoin founder Charlie Lee announced a successful swap between litecoin and bitcoin.

While initiating the swap, a smart contract address is given to both the parties ( Let us assume Sid & Smriti) where they need to deposit their coins. Also, the unique key is given to both the parties to access their funds( One to Sid and one to Smriti). The party (Sid) cannot access the crypto tokens deposited by another party(Smriti) until he (Sid) deposits his funds to their contract address, thereby creating the atomic swapping as the trustless method!

Atomic swaps are designed on "smart contracts" which use Hashed Timelock Contract or "Virtual vault" to eliminate the probability of deceiving. This feature states that the submission of cryptographic proof within a time frame (Otherwise tokens will return) is needed to complete the transaction. (Phew! Too much of technical stuff but this is for your good as per the Guide to atomic swap).

Incidents related to Mt. Gox hacks, and the hackers like that of Lazarus group still terrify us and somehow stopped us from using the services from the centralized exchange. We all are sceptical about losing our crypto tokens through centralized exchanges.

Daily news related to hacking compels us to seek for safer and secured crypto exchanges for continuing our trading. The purpose of "decentralization" also gets ruined while using these exchanges for trade. Nonetheless, some of the decentralized exchanges or atomic swap exchanges are getting popular nowadays amongst the crypto enthusiasts to process the atomic swapping in the crypto space.

They can have a better method for crypto trading through atomic swap exchange. You can have a further look to guide to atomic swap:

Decentralized Exchanges like Bancor Liquidity Exchange, district 0x, Air Swaps etc. are under development. Nonetheless, the future of decentralized exchanges seems to be promising, and we can observe some moreDEX in future crypto space. 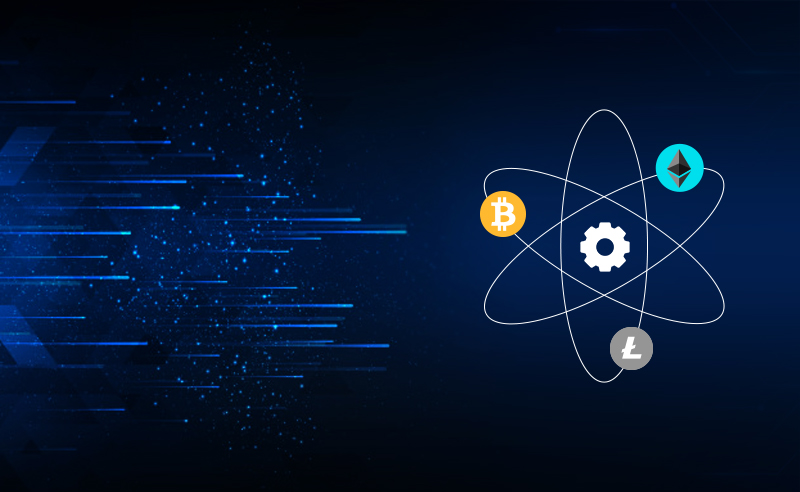 Atomic swapping may appear new to some of the traders, and they may find it a bit cumbersome and confusing. Also, signing your crypto account and every time placing the order for swapping can be the irritating process. The fact cannot be denied that no exchange lists all the coins, which makes it mandatory for creating multiple accounts and risking your security every time you hop to use your account.

Don't worry!! Guide to atomic swap is still not over!! Crypto swapping platforms are here to make the efforts for you. Swapping platforms plug into exchange APIs and exchange tokens on behalf of the user. Platforms act like aggregators of exchanges which ease out the process of atomic swapping. Let us find the list of few the platforms which are commonly used by the crypto traders:

Among the number of service providers available in crypto space, mentioned platforms are highly popular among the crypto traders as they possess one or the other features which make them attractive among the customers. 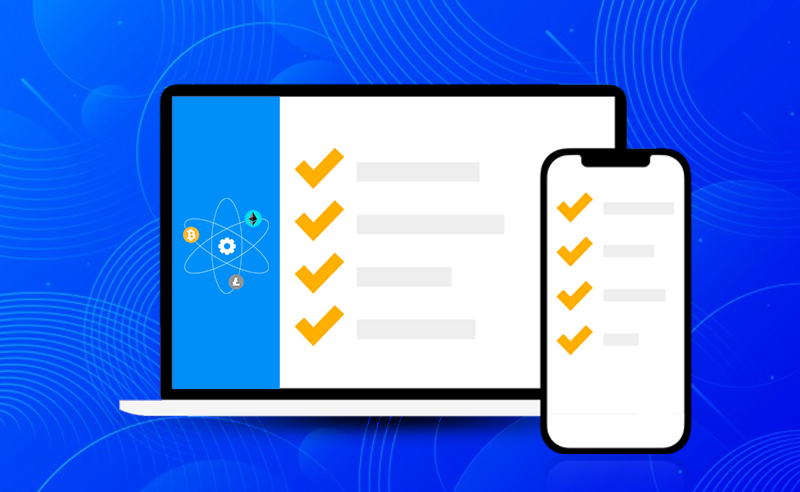 Swapping of cryptos via smart contracts or simply atomic swapping permits the users of the crypto community to sell and purchase their tokens across several blockchains securely and efficiently. As the atomic swaps coin list keeps on updating every day, but till now mainly following coins can be swapped:

What Is The Need Of Atomic Swaps? 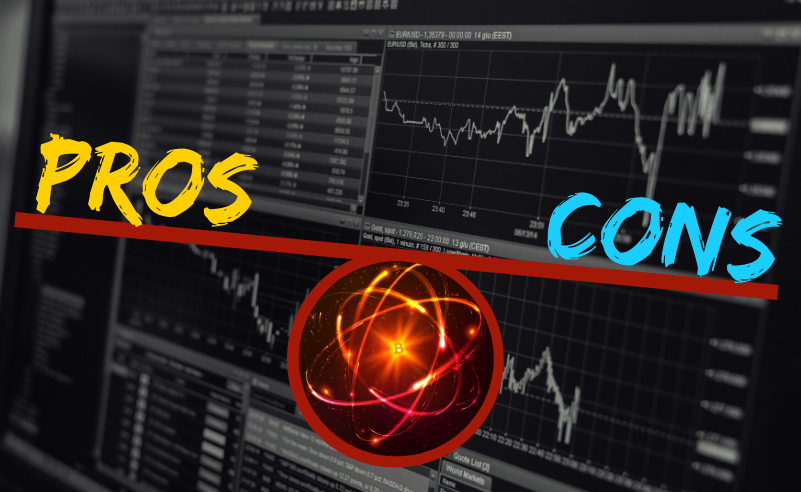 You must have found atomic swapping as one of the practical ways to exchange different crypto coins listed on distinct platforms. Or you have considered that it is a cheaper and faster way with a high degree of interoperability to swap cryptos.

As every coin has the flip side, similarly the atomic swapping is also associated with some of the disadvantages. So, the aim of the Guide to atomic swap is just not to introduce with positive effects of swapping but to make you aware of the drawbacks also.

Are You Ready To Swap Your Crypto Coins? 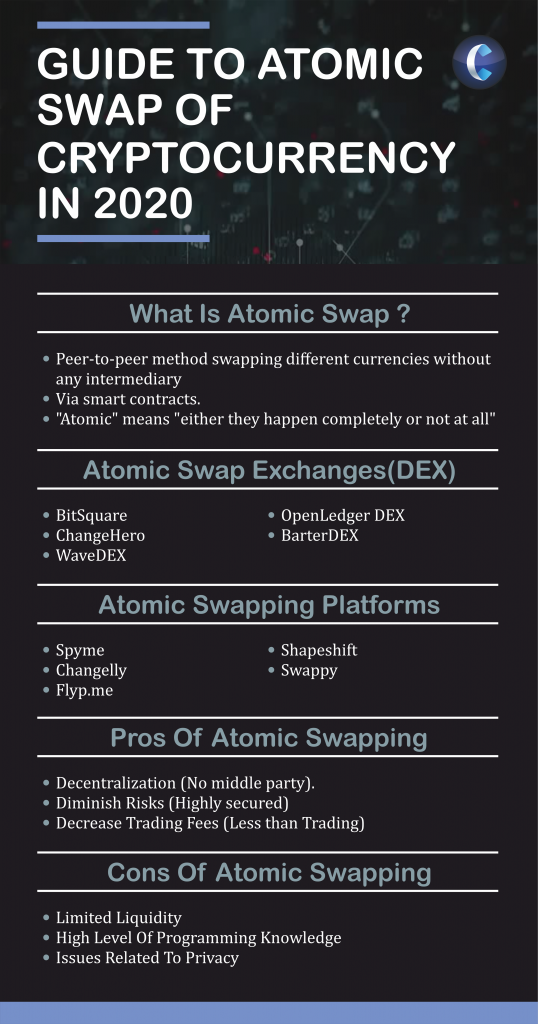 Atomic swaps have the potential to diversify the crypto space and increase global adoption—the new method of swapping streamlines the trading process to the point of the convenience of the users. Theoretically, atomic swaps were developed to facilitate trading amongst every cryptocurrency pair, which is slowly progressing day by day. Also, the atomic swaps can integrate wallets, allowing the decentralized trading of currencies directly from the software, mobile or web wallet.

There are few projects which are currently in the designing stage, which can evolve the crypto space. For instance, Altcoin.io which is developing decentralized exchange and wallet along with built-in atomic swap features. Komodo, which is one of the early adopters of atomic swapping, is engaged in building its very own DEX which might facilitate on-chain atomic swaps.

Thus, atomic swaps are still a relatively new concept which needs to travel the long road of crypto markets and become popular among the crypto traders. In its growth phase, due to its capability of facilitating cross trading facility, it holds the promising future for crypto markets.