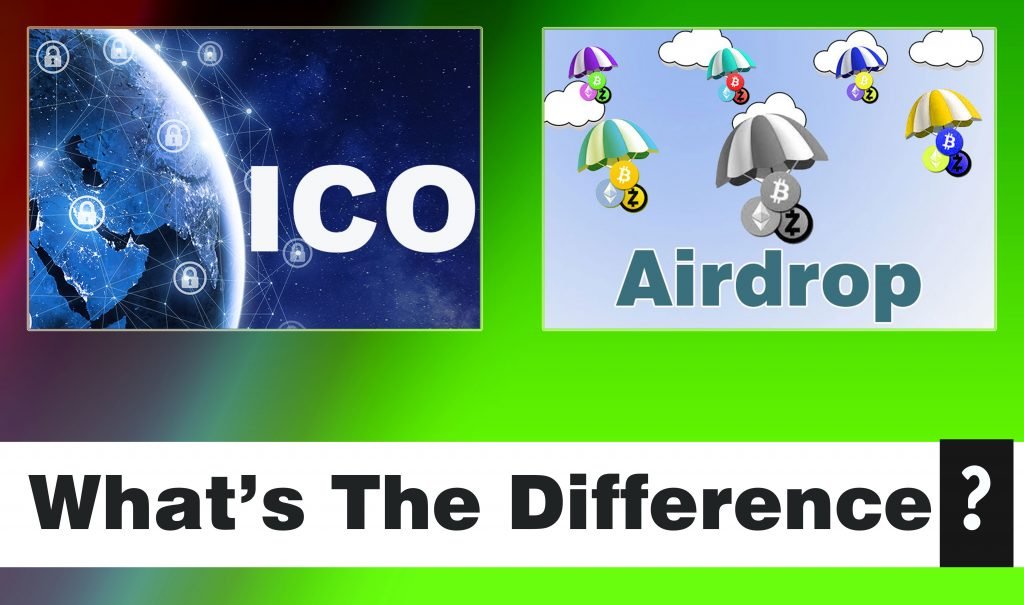 ICO And Airdrop: What’s The Difference

Cryptocurrency is full of many relevant topics related to cryptocurrencies, altcoins, and many other topics. Sometimes people often get confused between the functionality of two major entities. They mistook it to be the same thing just like ICO and airdrop. Even though both are activities for promotion or marketing kind of thing, but there is a difference. And to reveal those difference, we bring you a guide which will help you in understanding the concept between these two major topics of cryptocurrency.

Difference Between ICO And Airdrop

Those who are a follower of the latest ICO news must be knowing that ICO is a kind of funding practice that involves digital currencies. The process is implemented by crowdfunding. However, there are possibilities of private ICO’s can also be seen. Airdrop is a process when tokens and coins are distributed freely to communities of cryptocurrency. The use of free airdrop is akin to a marketing strategy.

Initial coin offering is the full term meaning of ICO. In this process, a particular amount of coin is considered for selling by a company. Contrary to it, Airdrop deals in the free distribution of a certain amount of coins for business promotion. This states another valid difference between the ICO and Airdrop.

The concept of ICO also signifies the offering of new digital currencies to investors in return of other major cryptocurrencies like Ethereum and Bitcoin. Dating back to 2013, when there was a need for funding the growth of cryptocurrencies, the ICOs were especially preferred for the purpose. Tokens that are pre-created can be simply traded or sold off on every crypto exchange depending on the demand. If you want to know about the latest ICO listing for the year 2020, then some of the top names include Mobiepay, Hex, Creditcoin, MONET networks, and Agora.

After the Ethereum ICO success, ICO has got the potential to transform the complete monetary mechanism. It can also be referred for shares and securities in the future. Simply saying, if a particular coin is HODL, then you are capable to prove your authority over other coins as you have been carrying the parent tokens on which airdrop is practised. This is the reason why the process is called free droppings or simply airdrops.

If you want to enhance the capital of your project, then ICO is the best medium. Investors take initiative in investing in that project, just as buying shares in a firm. Airdrop, on the other hand, is a process of offering tokens or revenue freely. You will be surprised to know this that even the ICO marketing managers are keen to prefer airdrop to drag as many users. This brings another difference between ICO and airdrop.

So this is the difference between the ICO and airdrop. If you are interested in knowing all about cryptocurrency topics, then better understand the ICO as well as an airdrop. Both these terms might seem similar to you but actually, they are not. The reason is being mentioned above. When it comes to the slight similarity between the two entities, then it is the kind of marketing that is done for promoting a product or coin. Currently, airdrops have stability. But if being used constantly, then it might affect their productivity. However, there are no barriers affecting its fame following rising and fall. By the time, stay content with the free tokens.