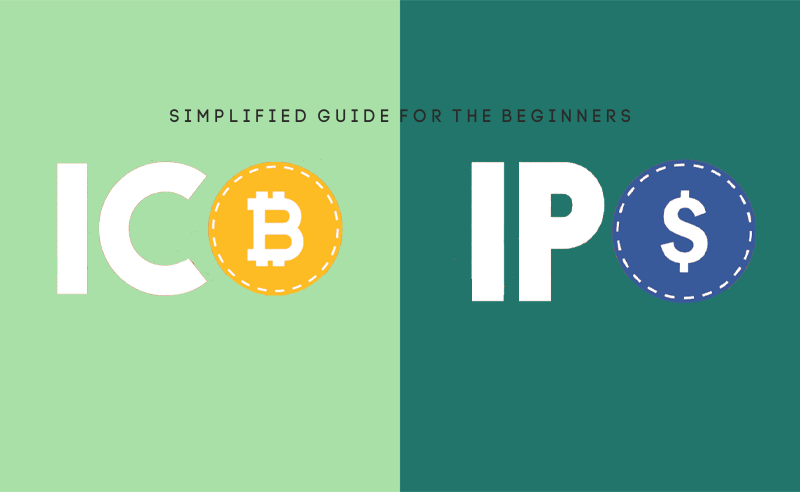 ICO vs IPO | Simplified Guide For The Beginners Of 2020

As the blockchain technology is gaining popularity since the launch of cryptocurrency in 2009, the crypto market is also getting strengthened day by day by utilizing this technology. To launch any project or new coin or any Decentralised App(DApp), funds are needed by the companies for their development and ultimately launching it (if a company is not self-sufficient!) In traditional markets and earlier in crypto markets(now also), the approach of initial Public Offering(IPOs) is used to raise the funds from markets. But as the technology is evolving, Initial Coin Offering (ICO) has started replacing the approach of IPO as the fundraising method. Some of the analysts employ that ICos may replace IPOs in the future completely? Is it possible? Let us find out in this article by studying the battle of ICO vs IPO after knowing ICO cryptocurrency meaning and also reading about-What does IPO mean.

What Is An Initial Coin Offering (ICO)? | ICO vs IPO

You may have heard that if any project wants to launch a new crypto coin or Decentralised application(DApp), to attract the investors they can conduct an ICO. But what does ICO mean? ICO or Initial Coin Offering is simply a world public crowd sale or crowdfunding version of cryptocurrency to raise the funds for the DApps and new coins launched. It is a fundraising mechanism in which crypto tokens of the new project are exchanged with bitcoin and ether, offering the equity to buyers in the new project with the help of smart contracts.

When Ethereum raised almost $19 million with its ICO in 2014, the concept of Initial Coin Offering came into public attention. After that, ICOs are meant to be the de facto method for funding a new project and projects like Ripple, Dragon, Augur, etc became the great success in the crypto marketplace. With ERC 20 token standards, it has become easier to design the ICOs working on smart contracts which automatically transfers the funds once the specified conditions get fulfilled. So, what is ICO mean?  It is an approach by the project makers to reward the contributors for helping them in raising the funds.

What Is An Initial Public Offering (IPO)?| ICO vs IPO

If you are aware of traditional stock markets, then you might be aware of whats an IPO. Initial Public Offering or IPO is way older than ICO to raise the funds for new projects. But, through IPOs, the company needs to sell the shares in stock markets to raise the funds for their project or launching the new coin or any product. It is the distribution of shareholdings to the community interested in the project, through investment banks (not by smart contracts). Initial Public Offering is not everyone or every business but only established private companies can launch their IPOs. After getting your responses for what is ICO mean and What is IPO mean, we must look forward to their comparison or ICO vs IPO, in this article.

IPO is a forty-year-old approach that only allows the well-reputed or established companies to raise the funds which can help them in expanding. While our young 18-year-old ICO is known for young enthusiastic start-ups who are desperately want to launch their project at the initial stage. Investing in IPOs can be very profitable as they have the positive bank records while the ICOs are being misused for launching fake coins and projects.

2. What Conditions Companies Need To Fulfil Before Launch?

Before launching an IPO, there is a huge list of requirements that needs to be managed. The threshold of minimum earnings, good track record of the company, legal compliances and a prospectus representing a legal declaration associated with intention of the company behind the launch, are the bare minimum requirements that need to be fulfilled before you are allowed to list your IPO in the market place.

On the contrary, ICO is meant for startups so it does not require the previous track record, regulatory protocol and legal framework fulfillment before its launch. With no specific format, start needs to establish a whitepaper mentioning the project details, even if in some of the countries, you just need developers and internet connection to launch your ICO. This is one of the major point in ICO vs IPO comparison guide.

3. What Are The Requirements That Investors Need To Fulfil?

Investors of IPO need to go through the legal procedure for investing in the IPOs of the foreign company but for investing in your own company, you can easily proceed to buy the listed IPOs.

Do you have an internet connection? That’s it. The only requirement to start investing in ICOs is access to the internet (preferably good speed!). With the exception of some of the US projects, you can invest in coins of any of the companies belonging to any country if you have any cryptocurrency to exchange.

4. What Are The Utilities?

Don’t you think, you must know the function or utility of the Offerings that you are going to purchase? In IPO, you acquire stocks which represents that you acquire an ownership stake in the company’s future earning. If you hold the IPO, you receive the yearly dividend depending upon the progress of the company.

But when you acquire ICOs, you have the coins associated with that project not any ownership. Nonetheless, coins can benefit you in a number of ways which depends on the structure of that particular cryptocurrency as per the guide of ICO vs IPO.

5. Can Investment Be Profitable?

In the crypto market place, it is generally assumed in the battle of ICO vs IPO, that IPOs are more profitable and secured. But your investments can still be gone if even after the documentary checks, the company gets bankrupted. Similarly with ICOs, if the project is promising, it will let you earn huge profits. But you need to be more cautious in case of ICOs as they are being used heavily to deceive the crypto enthusiasts.

Currently both ICOs and IPOs are adding millions to the market cap of cryptocurrency. Undoubtedly, both approaches are meant to diversify the crypto space targeting both institutional and newbies having an interest in cryptocurrency. In the present scenario, a number of ICOs are attracting the traders but it does not mean that future of IPOs is in vain. Both have their own utility and their own purposes. So, it might be difficult for us to judge on the basis of ICO which one is better. It majorly depends on how promising the project is, how much the development team is putting their efforts and the growth of the future.