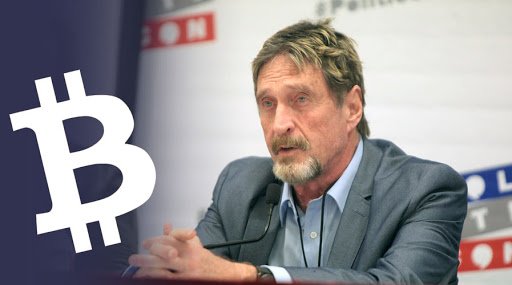 John McAfee, the infamous software mogul and a US Presidential candidate has slammed Bitcoin maximalists who often tag altcoins as “shitcoin”. McAfee in his recent rant against Bitcoin called all other cryptocurrencies besides Bitcoin as “brilliant.”  McAfee has been associated with controversies for long and has claimed to reveal the identity of Satoshi Nakamoto, shilled Zombie Coin, and most recently has been seen promoting privacy coins such as Monero. He also predicted Bitcoin price to touch $1 million by 2020. However, he retracted his prediction before the end of 2019, citing he made the cryptocurrency prediction to attract investors into the industry

Since his Bitcoin prediction mishap, John McAfee has been seen drumming up more support for Monero, a privacy token used by him. When questioned regarding the best altcoins, McAfee stated it depends on what people wanted. For assurance, he considered DAI to be the best.

For smart contracts, he stated ethereum and several other blockchain network were good. He further cited Monero an excellent privacy protocol to use, assuming there are tons of chains with lower fees, equal liquidity, faster processing than Bitcoin.

Whichever Bitcoin Maximalist came up with the term “Shitcoin” for all other coins;

But we all know that the future of Crypto rests with the Alt Coins.

Old, clunky, no security, no smart contracts, no DAPs ….

Is the true Shitcoin.

John McAfee denounced the concept of calling altcoins “shitcoins”, declaring Bitcoin, which lacks security, no Dapps, no smart contracts, has the actual characteristics of what the maximalists intend by Shitcoin. McAfee said everyone has known the future of cryptocurrency relies on altcoins. He further stated Bitcoin as clunky, old, no security, no Dapps and no smart contracts.