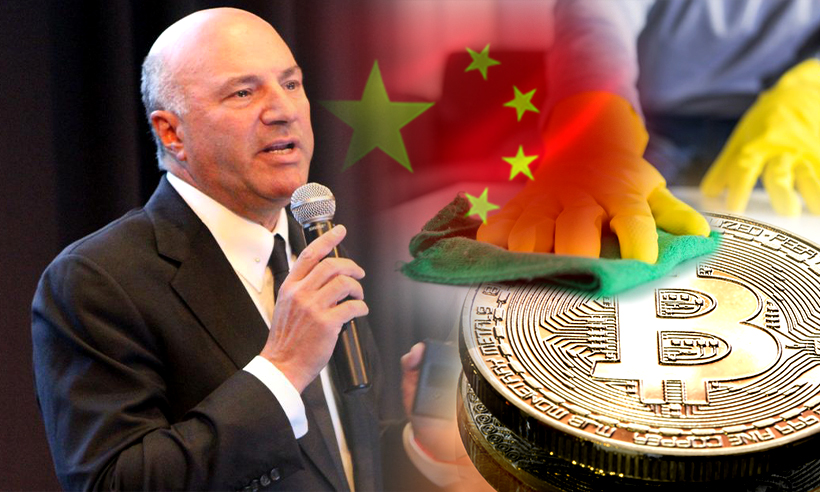 Shark Tank star Kevin O’Leary has said that he would prefer to buy ‘Clean Coins’ over ‘Blood Coins’ from China. Shedding light on an emerging new challenge for institutional investors interested in the oldest cryptocurrency with respect to clean energy, O’Leary highlighted a few aspects of ‘clean’ Bitcoin mining in an interview with CNBC on Monday.

The Canadian celebrity investor says he will only prefer to buy Bitcoin mined in countries that favorably use sustainable clean energy and not “blood coins” mined in China.

“I see over the next year or two, two kinds of coins,” he said. “Blood coin from China, (and) clean coin mined sustainably in countries that use hydroelectricity, not coal.”

Not clarifying why he described the Chinese Bitcoin in a negative tone, O’Leary went on to say:

“We have compliance on large institutions. We have covenants around how assets are made, whether carbon is burned, whether human rights are involved, whether it’s made in China,”. He further added, “All these issues … have now come to the fore on bitcoin. Institutions will not buy coin mined in China, coin mined using coal to burn for electricity, coin mined in countries with sanctions on them.”

Once a Bitcoin critique himself, dismissing it as “garbage” and a “giant nothing burger,” Kevin revealed that he decided to invest in Bitcoin following the Canadian approval of the first few BTC exchange-traded funds in February. He further admitted to having set aside 3% of his portfolio in cryptocurrencies.

Moreover, this latest disposition about Chinese Bitcoins can also be seen in the light of recent criticism by Canadian PM Justin Trudeau. Who condemned the alleged human rights violations of Uyghur Muslims in China and called for it to end effectively.

While Bitcoin mining is purely energy-intensive, about 65% of the world’s BTC was mined in China as of April 2020. O’Leary claims institutions are not willing to ‘endorse’ crypto from China because of human rights issues and he’s personally vigilant over the compliance of every coin he owns.

“I’m not buying coin unless I know where it was mined, when it was mined, the provenance of it,” he added. “Not in China. No blood coin for me.”