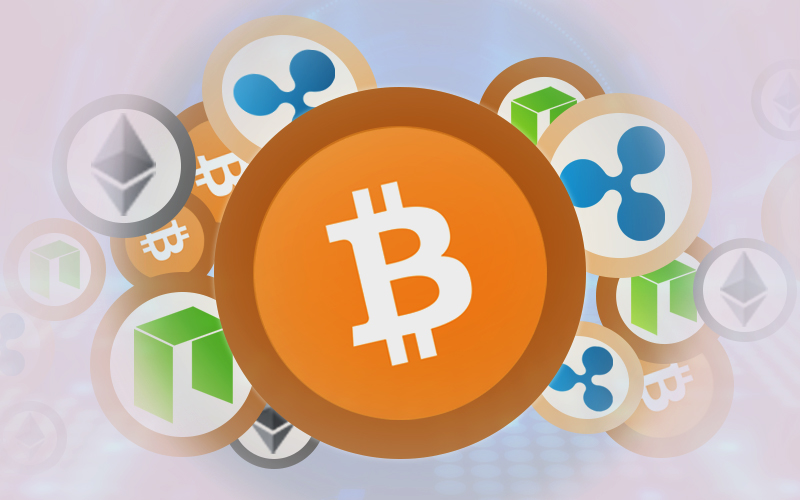 Cryptocurrency has come as a new wave in the current financial system. Kudos to Satoshi Nakamoto, who is credited for the popularity of Bitcoin, ever since its launch in 3rd January 2009. The popularity paved the way for other alternate cryptocurrencies, which are called altcoins. The buzz of new financial technology has now become a global phenomenon. Now, people who were familiar with traditional currencies started exploring cryptocurrencies. Users were benefited with ownership of their digital currencies, which is not expected with other conventional currencies. It indicated the elimination of third party or central authorities like banks and government. The transaction is done digitally through a computer system, ensured with a good Wi-Fi network and free from malware attacks. Although there are many different cryptocurrencies today, most of them are not that much impactful. So today we are bringing you the list of stable cryptocurrencies till date.

These are some cryptocurrencies, which have maintained their stability, even though many changes in the market capital. Now, you might be curious about what went wrong with other digital currencies that failed to make a mark for themselves. Well, in short, there can be some errors and loopholes in their functioning, which made them lack behind the other cryptocurrencies. Because of this, they failed to make an impact on the user, so let us not centralize our attention to the failed coins. We need to explore more about the reasons that have made some coins maintain their stability throughout the years. But before we move forward to know all about those stable coins, it is better to understand the concept of cryptocurrency first.

Also Read: Beginners Guide to Best Altcoins to Invest for Indians in 2020

What Do You Understand By Cryptocurrency?

A cryptocurrency is a virtual or digital currency that works as a medium of exchange for transferring funds to someone living in any part of the world. This financial technology is supported by cryptography, which helps in the verification of the transfer of assets, controlling the additional units and securing financial transactions. Another very important element which you must know about is blockchain technology. It is known to be distributed ledger, where the working of cryptocurrencies is controlled through decentralized manner. Bitcoin is popularly known to be the first most cryptocurrency in 2009 that was released as open-source software. Ever since its release, more and more alternate coins were also created. These alternative coins are popularly known as ‘altcoins’.

Even though Bitcoin is a leading cryptocurrency, founded by Satoshi Nakamoto in 3rd January 2009, it still has to face competition with altcoins. Although they may not win over it completely. Yet, these coins make a stable coin besides the latter currency (Bitcoin). So coming back to our main subject which focuses on the list of stable cryptocurrencies till date, let us explore those stable crypto coins from the below list:

Leading to the top list of stable cryptocurrencies is none other than the Bitcoin. The most stable cryptocurrency made its debut on 3rd January 2009. The person who is credited behind the launch of this crypto coin is Satoshi Nakamoto. Two major reasons that make Bitcoin a top stable coin is its flawless network and adequate security. Besides these two advantages, Bitcoin also succeeds by consisting more liquidity, vendors, exchanges and is much affordable too.

Other than Bitcoin, comes NEO, an altcoin, that has successfully made its place in the list of stable cryptocurrencies. Since it shares working similarity with Ether, it is also called as Chinese Ethereum. However, other valid reasons make NEO a stable coin. One of the prime reasons is that it is supportive to most of the programming languages and the opportunities for the digital institution’s activities have been provided by it since it comprises an improved blockchain system.

NEO was founded in China in 2014 by Erik Zhan and Da Hongfei. Initially, it was known as Antshares, but later on, the name got changed to NEO in the year 2017.

If there is any altcoin who can be called as the closest contender to Bitcoin, then it is undoubtedly the Ethereum. Ethereum is an open-source cryptocurrency which came into the year 2015. It is a decentralized platform, which is used by Ether, its cryptocurrency. It runs without any interference from the third party control and is free from frauds. It allows the building of DApps and smart contracts. Ethereum has been credited for ICO alternate uses. When it comes to market share among the altcoins, Ethereum has given positive results and has been consistently the fastest blockchain platform in the market share. These are some of the main reasons which make it to the list of stable cryptocurrencies.

In the year 2011, LiteCoin started its journey as an alternative coin. Based on the Bitcoin model, this altcoin is known to be a brainchild of Charlie Lee, the former engineer of Google and MIT graduate. Like other coins, LiteCoin also does not involve any interference from the central authority. Based on open-source global payment network, LiteCoin competes Bitcoin in terms of faster block generation rate.

Also Read: How To Buy Litecoin In India

One of the best features that make LiteCoin enter into the list of stable cryptocurrencies is its faster speed, which is higher than the Bitcoin. It is even called as silver Bitcoin in the cryptocurrency world.

Founded by Jed McCaleb and Chris Larsen, Ripple made its debut in the year 2012. It is a technology which functions both as digital payment and also cryptocurrency to make financial transactions. Ripple stands second in terms of necessary financial factors to Bitcoin. $2billion is known to be its capitalization. Besides, the participant’s wallets include all the records of all cryptocurrency sales and buying.

So these were those coins that have made it to the list of stable cryptocurrencies till date. Starting with Bitcoin, which is known to be the most popular cryptocurrency founded by Satoshi Nakamoto in the year 2009 on 3rd January. Adequate security and the flawless network are two of the prime reasons that have made Bitcoin topping the list and leading over its rival altcoins. Even though Bitcoin is undoubtedly the leading coin, still it faces fierce competition with LiteCoin, in terms of speed which is much faster than the Bitcoin. Joining other competitors are Ethereum, Ripple and NEO, which are also considered as stable coins due to their efficient features.