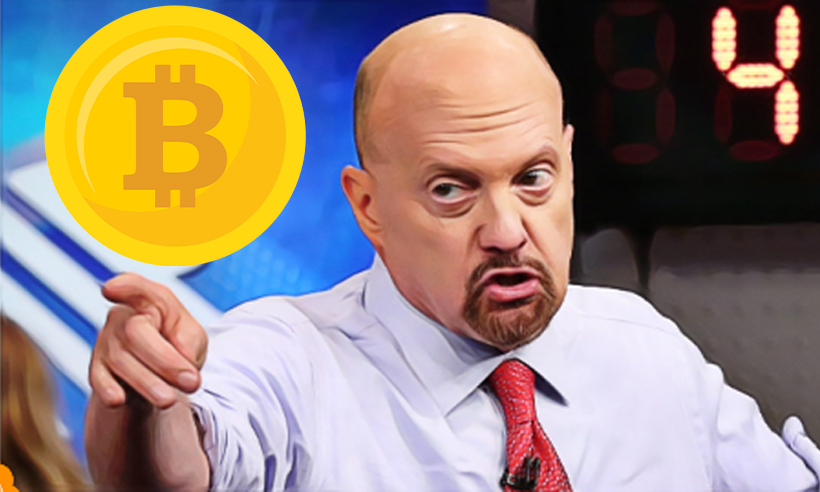 Mad Money’s Jim Cramer Wants to Get Paid in Bitcoin

The longtime host of CNBC’s “Mad Money,” Jim Cramer has said that he wants to get paid in the flagship cryptocurrency, Bitcoin. His remarks came in response to MicroStrategy’s announcement that it will begin paying its Board of Directors in BTC.

Pay Me in Bitcoin: Jim Cramer

Appearing in an interview on CNBC’s Squawk Box, Jim Cramer said that he was willing to get paid in the top cryptocurrency. The American television personality renowned for hosting the ‘Mad Money’ show on CNBC even predicts that the whole crypto market could eventually reach $3 trillion:

“Yes absolutely. I think it is a store hold of value. I think this is a $2 trillion market cap maybe going to $3 trillion.”

On being asked whether he would accept the flagship cryptocurrency without any fiat conversion, he replies:

“Absolutely. As a matter of fact, I may demand it.”

Cramer’s remarks on Bitcoin payments come in reference to business intelligence firm MicroStrategy paying their board members in Bitcoin. The latest move by the serial Bitcoin purchasing company further signifies bullishness for Coinbase (COIN), according to Cramer:

“Well, it just says that you gotta buy Coinbase. This has become common knowledge that there are many companies that are going to switch. MicroStrategy has always been the leader so I think others are going to follow.”

Post his interview session, the stock market guru later went on his social media to tweet that said: “pay me in bitcoin!!”

pay me in bitcoin!!

Cramer first bought Bitcoin in September last year as an inflation hedge in spite of being critical of it in the past.

Popularly known as the host of Mad Money on CNBC, Cramer is also a former hedge fund manager and co-founder of the financial news site TheStreet.com. His personal net worth currently stands at around $150 million.

NFL’s Russell Okung made headlines last year on converting half of his $13 million salary in Bitcoin.