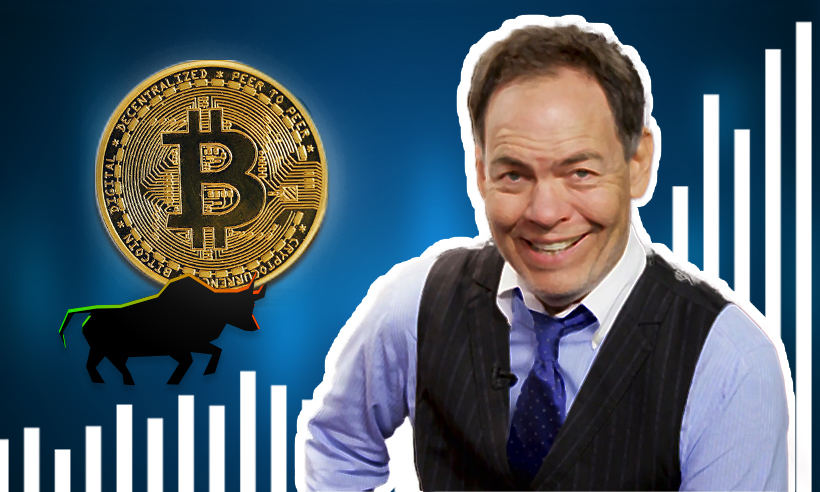 Max Keiser Says BTC Can Probably Go Up By 4000%

Wall Street veteran and Bitcoin bull Max Keiser makes an unpredictable BTC prediction and says fiat currency itself is the problem. He says money printing and the US Dollar going down are boosting the rise and popularity of Bitcoin.

In a recent episode of the RT’s Keiser Report, the long-time Bitcoin supporter said that bitcoin could increase by 4,000%. Max has given various reasons behind the ongoing bullish trend of Bitcoin.

Fiat Currency Itself Is the Problem

In this episode, Max was seen answering questions from television presenter and writer Stacy Herbert. When Max was asked about his opinions on the plan of distribution of money to the groups of less fortunate in the United States. He bluntly pointed out that the reason why the American dollar is going down is the fiat currency itself. And for the same reason, Bitcoin is skyrocketing on the other hand. He stated,

“The reason why Bitcoin is skyrocketing is because there’s hyperinflation in America. And the US dollar is in a hyperinflationary collapse against Bitcoin. And the solution, as we’ve been describing by these policymakers, will always be to print more money. So that means that Bitcoin is on a one-way trip higher because they have no other policy solution than to print money.”

To support his statement, he points to the 2008 financial crisis as the start of a spiral that brought forth and continues to fuel Bitcoin’s climb. He added that the first cryptocurrency’s parabolic ascent can take Bitcoin to hit the $2 million mark. He said:

Elon Musk Going After the Federal Reserve with His 1.5 Billion Bitcoin Investment

Max pointed out that Tesla’s high-profile investment of $1.5 billion in Bitcoin was an indication of Elon Musk going after the Federal Reserve. He said:

“This is a speculative attack that Elon Musk is making on the Fed, right. So he’s already gone to war with the SEC (U.S. Securities and Exchange Commission) and he’s shown them to be venal and captured. Now he’s gone to war with the Federal Reserve, and says “I’m not going to buy back my own stock; I’m going to take your cheap money, I’m going to buy Bitcoin like Michael Saylor is doing.”

He further mentioned that this step by Elon Musk has now made 500 other CEOs in the S&P, and they are now thinking that it is a “damn good idea.” This investment by Tesla has had them make more in less than six months than they’ve ever made in the entire year of their business of selling cars, the Wall Street veteran added.