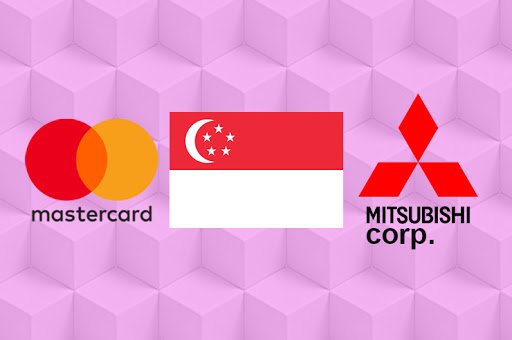 The Singapore government, along with several significant manufacturing and financial companies, has allied to support the adoption of digital technologies in commerce and trade.

According to a press release, International Chamber of Commerce (ICC), the government of Singapore and 16 different companies including Mitsubishi Corporation, Mastercard, Tokio Marine, DBS Bank and Marubeni Corporation have allied to boost digital technologies deployment in trade and commerce.

Singapore had been known for supporting blockchain technology, as earlier, the country backed the blockchain platform tribe to help raise $15.7 million.

Singapore Looking To Digitize Trade On A Public Blockchain

Perlin stated that ICC TradeFlow had been created on top of the TradeTrust network of Singapore government, which is an open, legal, multilateral and technical framework that allows interoperability across several trade formats and platforms to exchange trade documents on a public blockchain.

The Singapore Government would work through its trade authorities and local digitization-Enterprise Singapore and Infocomm Media Development Authority, which would apply and promote the platform. It would also launch dedicated pilots on the basis of deals going through Singapore.

Earlier, the ICC TradeFlow pilot had transaction time from 45 days to 20 days. The firm intended to cut the transaction time to 24 hours or even less. In addition to this, the firm allowed trading partners to verify, exchange and authenticate digital trade documentation, which included bills of lading, letters of credit and others, which should be shared among trading counterparties.

A Shift From Paper-Based Systems

The fresh partnership is a part of ICC TradeFlow Alliance which uses TradeTrust, a digital trade platform developed by Perlin, a blockchain firm located in Singapore. The purpose behind the action was to shift from paper-based systems to digitally-enabled trade, which would reduce operational costs, time, human error and fraud.

The companies included were also ready to combine distributed ledger technology into their services, with Standard Chartered and British banking stating that it viewed enormous opportunities to support digital solutions to facilitate safer, faster, more efficient and transparent trade transactions across their global network.

READ  Could Bitcoin Have a Bull Run Towards the Next Halvening? History Suggests It Will
#Blockchain News #Blockchain Technology #Crypto News #Cryptocurrencies #digital platform #Mastercard