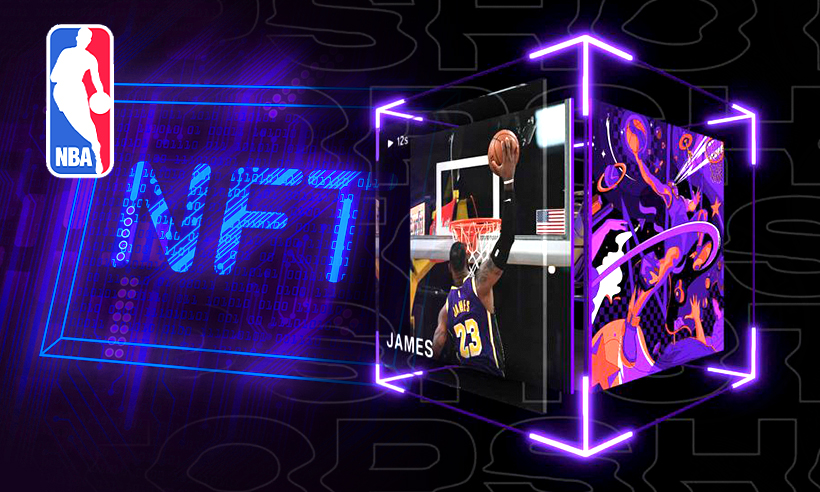 NBA Top Shot, a marketplace where individuals buy, sell, and trade highlights termed “moments,” has become a profitable investment for sports trading card NFT enterprisers, as a report revealed on Monday. They can range in price from $10 to hundreds of thousands of dollars.

According to a report, NBA Top Shot, a marketplace where people buy, sell, and trade highlights are known as “moments,” has become a profitable investment for sports trading card NFT enterprisers. They may cost anything between $10 and hundreds of thousands of dollars.

“How much money have you put into NBA Top Shot?” it was inquired.

“As a result, I made a $70,000 investment. My account is currently valued at over $1.4 million, which is not typical money for me. It’s a lot more than my net worth,” Settleman joked.

While anybody may download these plays, each one on the marketplace comes with a digital certificate of authenticity.

“But what makes it valuable is that I can sell mine, but you can’t if you’re just viewing it on YouTube or recording it, since the blockchain logs every single transaction,” Settleman explained.

NBA Top Shot moments may be purchased. The most valued item is a LeBron James slam, which sells for $387,000. The price is determined by the time of day and the number of available units.

Top Shot has almost one million users and apparently made more than $500 million in sales.

That is Jack Settleman’s moment. In fact, the online influencer and Founder of SnapBack Sports on Snapchat, possesses the jersey match number 23 from that dunk, making it the most valuable moment yet to be auctioned.

“The anticipation is that it will be about a million dollars,” Jack Settleman added. “The ultimate aim is to sell it to LeBron for a million dollars. If LeBron James purchases it, it is worth $100 million.”

However, there is a possibility of a market crash. It has happened in the past.

Beanie Babies were all the rage in 1995. The $2 toys were so popular that several sold for hundreds of thousands of dollars on the secondary market. Within four years, the craze was passed, and the market had dried up.

“Let me be clear. Top Shot may fail. “My bet on NFTs as a whole is that they are the lock of the century,” Settleman said.

The NBA has a vault full of ancient memories that might be converted into NFTs. It not only generates but also sells art, making the NBA both a Rembrandt and a Sotheby’s. The value is determined by the digital bearer.