NEO Technical Analysis: Buyers Have Kept the Trend and Prepare for the Test of $55

A stable trend in the global timeframe is confirmed by increased trading volumes and the prospect of a new growth wave. We can distinguish such theses by looking at the global NEO chart. The new wave of NEOUSDT market growth began with the consolidation, which as in the FIL market has been going on since 2018. The orange trend channel, which buyers have been confidently controlling since March 2020, is working well both in places where the price touches the trend lines and in collisions with the middle line of the channel. In addition, on the chart, we see increased trading volumes in the period from January to April 2021. If we analyze the high trading volumes in more detail, we will see that they increased around three important points. 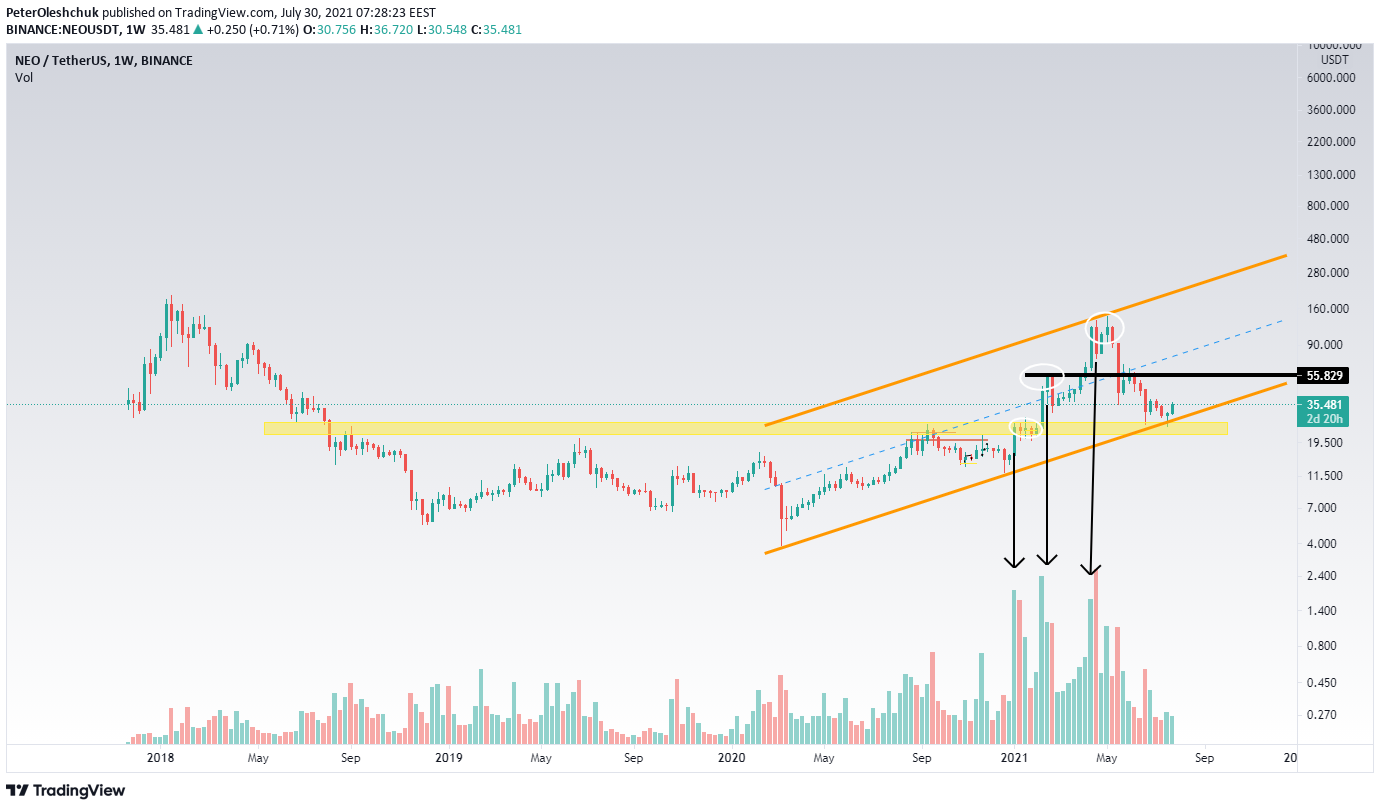 The first problem on the way of buyers is the mark of $141, which arose in the range of $20-26. By the way, this range was the true limit of consolidation for 2 years. It was in January 2021 that buyers managed to buy out all NEO sellers in this range using critical volumes. The next critical level at which high trading volumes were recorded is the mark of $55. However, even high trading volumes in February did not allow buyers to take control of this range for the first time. Buyers were able to continue the trend and release new critical volumes of about $141 after 5-weeks of trading.

The Critical Range for a New Growth Wave Is $20-26

Currently, the NEOUSDT price is between two strong levels of $20-26 and $55. Buyers have maintained one of the important levels, where the global trend line of the growth channel is part-time. Given the reversal tendency of NEO price in the daily timeframe, we expect the local growth wave to continue with a final target of $55:

On the chart, we see that for the NEO price growth continuation, buyers need to take control of $37-38. Given the correctional growth of the NEO market on 21 July, there is a possibility of another check for the strength of buyers at around $29. At this point, investors who did not have time to buy NEO will have a good chance to do so with little risk. Below the mark of $29, there will be a risk of breaking the range of $20-26. Such a scenario is not welcome for the formation of a new growth wave in the NEO market.