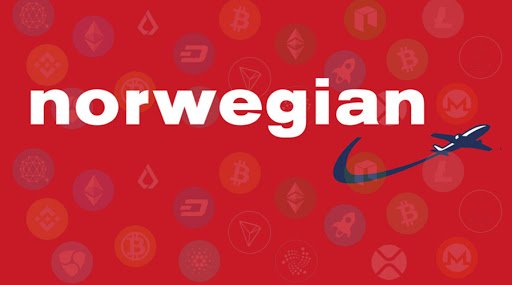 The plan was revealed by Norwegian Block Exchange (NBX) chief executive, Stig Kjos-Mathisen while having an interview with local news publication.

NBX would promote the payment infrastructure for Norwegian Air and have already completed the development of the essential support for the users to book tickets with virtual assets. During the interview, Kjos-Mathisen ensured that everything was set from their side.

The airlines and cryptocurrency exchange intended to introduce this feature this year, apparently as soon as the upcoming spring. But, it was still not sure whether the airline would only allow Bitcoin or other cryptocurrencies als well.

Real World Use Cases of Crypto on The Rise

Started in 2018, NBX was trying to target local traders through its crypto-asset trading services. After a period of remarkable development, on last September, the exchange started its beta program and has now begun registration for general traders.

Also during last September, Sparebanken Øst provided an amount of $1.6 million to the exchange. Sparebanken Øst is the country’s one of the oldest operating banks. The partnership between Norwegian Air and NBX also powered this investment.

At that time, Sparebanken Øst cited that a possible partnership with the Norwegian Air Shuttle, an essential player with NBX, could form a platform for starting new solutions on an enormous scale. The bank further added that it observed high market potential both internationally and nationally.

Prominently, Kjos-Mathisen was the son-in-law of Norwegian Air CEO and founder Bjørn Kjos. Also, the airline mogul was involved in the crypto exchange development since its initial stage.

However, with crypto price volatility, it was to be observed how much bookings the airline would get through virtual coins, or it would just end up being a promotional offer.