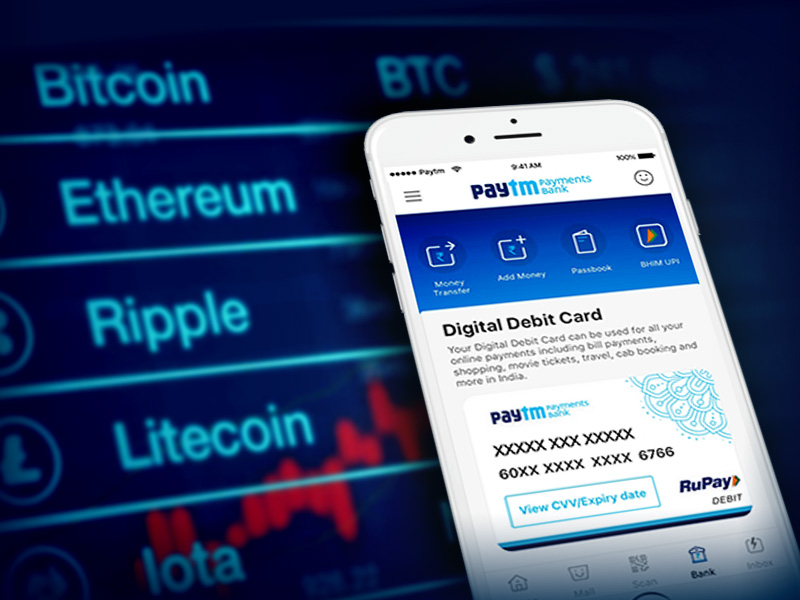 Paytm, one of the payment processing giants and online banks in India has been reported to be ceasing the accounts of those users who are suspected to be dealing in cryptocurrencies, says a report published by Coin Crunch.

“Many users are reporting Paytm is freezing bank accounts of Paytm payments bank account holders with suspicion of crypto trading.”

The outlet further in its report mentioned that India’s largest mobile commerce platform offers INR wallet and INR banking services to both, P2P and spot users, so that they could send or receive the currency directly onto their exchanges.

Paytm is not the first bank in India that raised its concern over a crypto trading, a few days ago, the third-largest private bank of India, Axis bank, did the same.

Axis bank called the suspected customers to know whether they have been using the bank account for crypto trading or not. It also cautioned the customers to not use their bank accounts for such deeds otherwise they might lose access to their account.

Further, it has been reported that some of the customers have even signed a declaration with the bank admitting that they do not use their bank accounts for dealing in cryptocurrency.

According to the reports, before March 2020, many of the Indian banks ceased the accounts of people who were suspected to be dealing in cryptocurrency. The banks were doing so to follow the orders passed by the Reserve Bank of India in the year 2018.

As per the order, which has been released in a form of circular, the Indian banks were not allowed to offer their services to those individuals or entities who were dealing in cryptocurrencies.

However, almost after two years, the Supreme Court of India revoked that the ban, still some of the banks needed the confirmation from RBI so they did not start their services till they got the approval from the central bank of India.