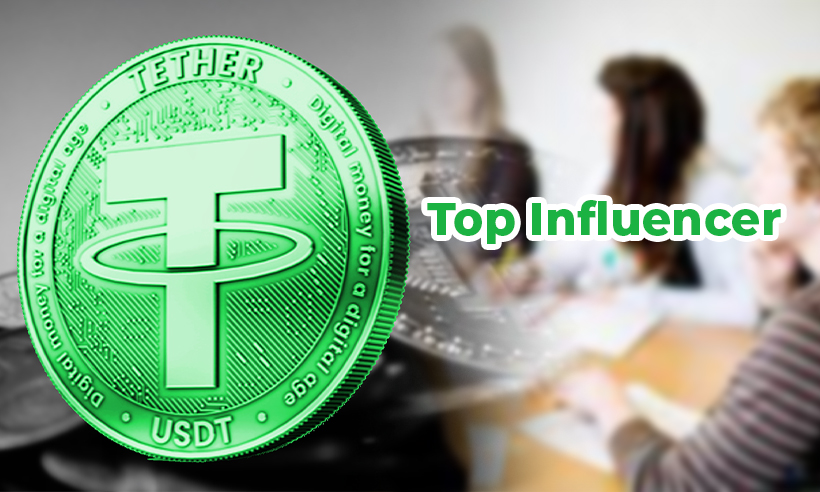 American stockbroker and Bitcoin critic Peter Schiff took to his Twitter account and shared his views on Tether and its potential to surpass ETH to become the second-largest cryptocurrency by market capitalization.

Schiff reminded his half-a-billion Twitter followers that Tether(USDT) is currently the third-largest cryptocurrency by market capitalization, which exceeds the cap of BNB –the 4th largest crypto — by 50%.

For USDT to overtake Ether, the stablecoin needs to increase its market cap by another 40%. The gold bug Schiff points out that USDT could easily take the second spot among the top ten cryptocurrencies, should ETH lose all its gains made in 2021.

Schiff, a staunch BTC critic, believes that Bitcoin is also poised to lose its annual gains. In another tweet, he wrote, “more Tethers need to be created to artificially prop up the price of #Bitcoin as the demand to buy Bitcoin using real dollars falls.”

Not only is #Tether the 3rd largest #cryptocurrency by market cap, but its market cap is more than 50% greater than the 4th largest crypto. If Tether's market cap grows by another 40%, and #Ether just surrenders its 2021 gains (as #Bitcoin is poised to do) it will take 2nd place!

BTC has seen several downward bursts since Elon Musk declared that Tesla would no longer accept Bitcoin payments. However, China’s increased regulation and monitoring of crypto activities in the country has pushed back the currency even further.

Recently, Chinese authorities have disallowed crypto mining companies to access both renewable and non-renewable sources of energy, compelling miners to seek out more business-friendly locations in Canada and Kazakhstan. As reported earlier, the mass transition has seen many states in the US invite ousted miners to use their facilities.

Following the closure of nearly 90% of China’s mining facilities, the Bitcoin hash rate hit a six-month low. To put it in perspective, China was responsible for  70% of the world’s BTC mining capacity, before the ban took effect.

Data from exchanges suggests that the largest cryptocurrency is trading at $29,600, while ETH has declined by 10% in the last 24 hours to trade at  $1,762. BNB has also suffered a blow and declined by 22.3% to trend negatively along with its peers XRP, Cardano, and ADA