The previous trading week in the REEF market forced investors to look positively at this cryptocurrency again. After a local price correction in September, buyers managed to restore their market position with one weekly candle. The weekly candle from 11 October raised the REEF price by 43%. This event took place on high volumes and this week sellers have not done anything to counterattack. The probability of continued growth after such a sharp fall of buyers is quite high. The main target of buyers is the range of $0.046-$0.052. 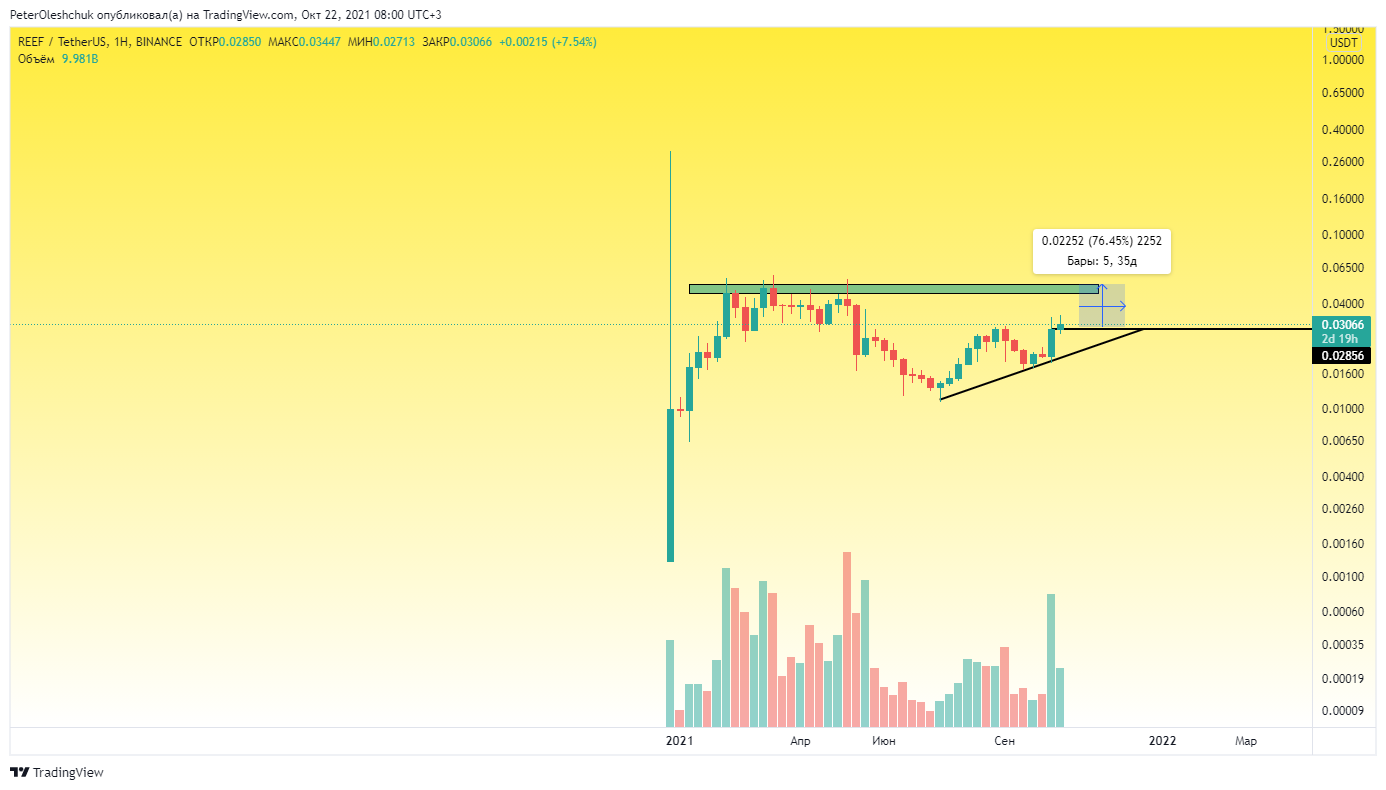 At the moment, a more realistic scenario for the REEF market is a narrow consolidation on a weekly chart in the range of $0.028-$0.033. In this range, buyers must redeem the entire offer of sellers, so that the path to the main target was free and without significant price slowdown. Given the sharp price growth in one week, many wanted to sell REEF.

The negative scenario in the REEF market will happen after the breakdown of the mark of $0.028 down. In this case, sellers will arrange a new local correction to the mark of $0.02. The global trend line of buyers, which they have been keeping since July, also runs near this mark. This scenario also cannot be ruled out completely, as the probability of starting a correction in the BTC market is quite high. Yesterday's daily candle in the BTC market absorbed the previous two and returned the price below the previous historical low. Therefore, next week will help to understand which scenario in the REEF market is more likely. 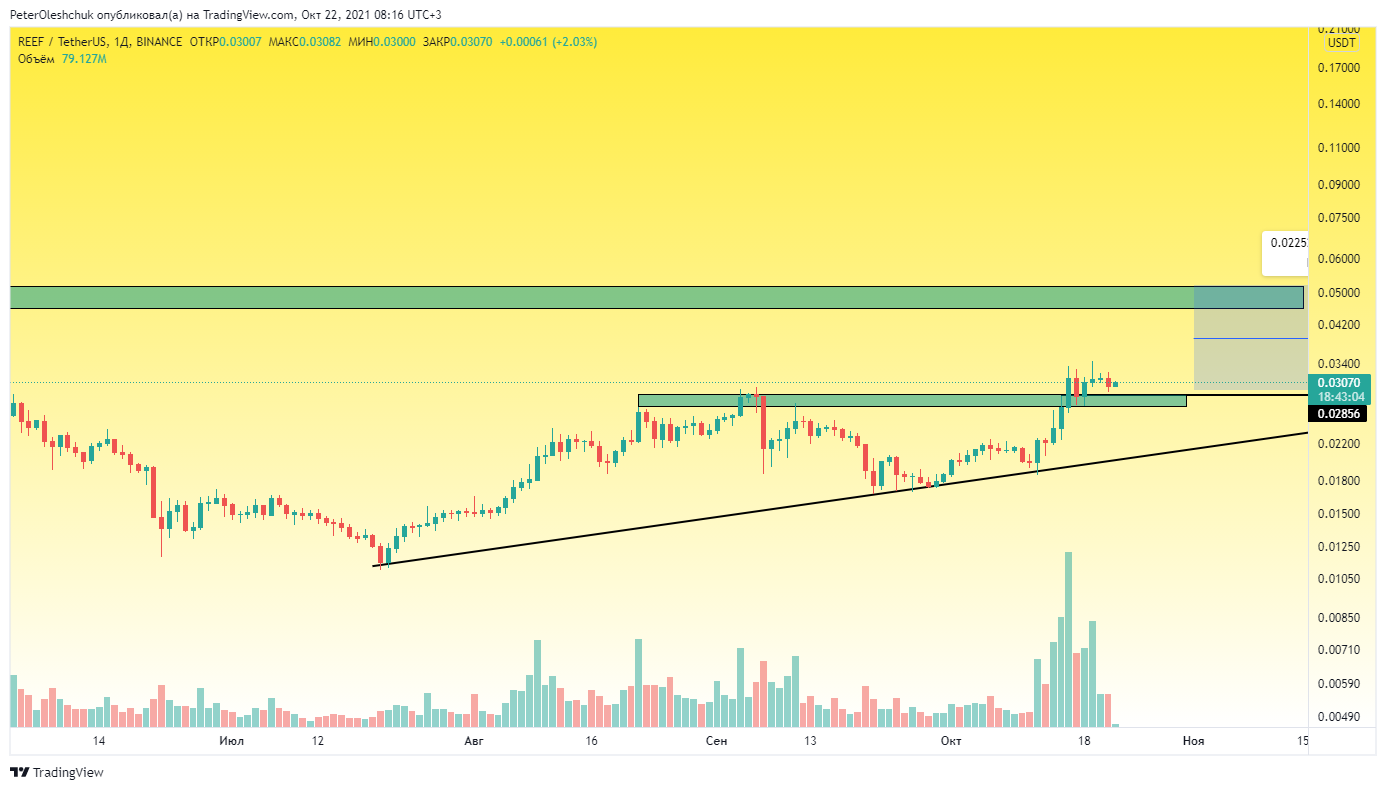 A reduced copy of the consolidation price in the REEF market can be seen in the daily timeframe. If on the weekly chart the trading volumes were increased by one weekly candle, then on the daily chart the trading volumes were increased within 10 days. Buyers were able to take control of the local range $0.02-$0.029 and now the price is consolidating above this range. Yesterday's fall in Bitcoin did not greatly affect the REEF market. This fact suggests that with a downward BTC price fall, the REEF price can continue to grow to its first target- $0.046-$0.052. As long as sellers do not use aggression to return the local range of $0.027-$0.028, the probability of continued growth of REEF is much higher.

Analyzing the REEFBTC chart, you can see similar growth targets as in the REEFUSDT chart. Though, the REEFBTC market is a little more difficult to continue growing right now. As you see, the current weekly candle stopped at the local mark of 0.00000056. It is from this mark that the correctional wave began in early September. Thus, the closing of the weekly candle in the REEF market with a pin up will confirm the scenario of price consolidation in a narrow range to prepare the market for a new growth wave.