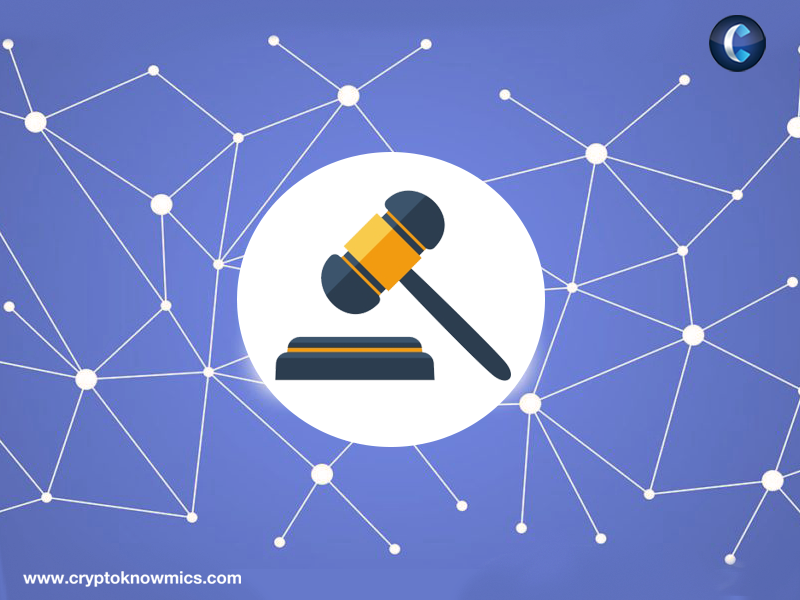 Why Regulation is Inevitable for Blockchain Technology

The involvement of regulators in the blockchain industry increases by the day. One of the biggest stories of recent weeks was the announcement by the Officer of the Comptroller of the Currency (OCC) that all nationally chartered banks in the USA can provide custody services for cryptocurrencies.

This is big news because it had previously been the preserve of companies that had applied for and been awarded a state license. Now that all banks can add cryptocurrencies to the custody services they already provide for other assets, the general expectation is that more investors will either kick off or increase their exposure to these digital assets.

It is the latest example of the slow but steady progress the blockchain technology underlying these assets has made into the mainstream. Since the Bitcoin whitepaper introduced it to the world just over a decade ago, blockchain has been used by governments, businesses and individuals in a variety of ways. However, we should not get ahead of ourselves. It is still something of a niche pursuit for technology and finance experts, rather than a widespread enabler for the world.

For this to change, regulated blockchain is the only sensible path forward.

Blockchain’s capabilities have come to be understood more and more overtime. At first, one of the key innovations that Bitcoin brought to our attention was its solving of the double spend problem for digital assets. All of a sudden, we had a way of exchanging value with another individual anywhere in the world in a peer to peer manner that did not require an intermediary. Furthermore, because of the distributed ledger at the heart of blockchain technology, we could confirm that the transaction had taken place and could not be reversed.

Second generation blockchain, the most well known of which is Ethereum, iterated on the innovation that Bitcoin had provided by enabling a platform for decentralised applications. These dApps would extend the capabilities of blockchain technology beyond just value exchange, using smart contract functionality to establish new, automated services that could remove layers of bureaucracy from a whole host of industries.

In recent months, the most active area of innovation enabled by second generation blockchain like Ethereum has been Decentralised Finance or DeFi. The dApps have been designed to either mirror or improve a whole range of traditional financial services, including savings, loans,  trading and insurance. However, for all the progress made so far, the reality is that blockchain remains the preserve of a small group of finance and technology experts. Furthermore, these groups tend to have a keen sense of partisanship towards their preferred ecosystem, battling it out for supremacy within the blockchain community while ignoring the fact that huge swaths of the general public know nothing about it.

Of course, the fact that corporations and governments from around the world have embraced blockchain should also be highlighted. To ignore their involvement would be to dismiss some significant progress that has been made.

For example, we know that many S&P 500 companies are using blockchain technology in one form or another. This assertion is backed up by the recent global blockchain survey from Deloitte, with 4 in 10 respondents saying they had blockchain in production and 55% saying they saw blockchain as a top strategic priority. In addition, we know of specific examples from across industries that include JP Morgan’s development of Quorom, IBM’s blockchain platform and Maersk’s TradeLens, to name just a few.

A number of forward thinking nation states have also been working with blockchain technology for some time. In Sweden, the government has used blockchain to record property transactions, while Estonia’s government is using blockchain to power many of the 99% of public services that it offers as digital services. This involvement by governments is only set to increase in the coming years too.

We know that leading nations are investigating how they might issue a Central Bank Digital Currency (CBDC) and how they might use blockchain technology to power them. These initiatives could really push blockchain adoption to levels that enthusiasts have only dreamt of up to now. However, this is really just a pipe dream as things stand. The truth is that governments could never use an existing decentralised blockchain for their CBDC because these networks promote anonymity above all else. This is why regulation is essential if governments are to truly embrace blockchain.

Why regulated blockchain is the future

For governments to use blockchain technology, they would need to play a leading role in the system. After all, they could not have their CBDC made available to anonymous users for unlawful purposes. It would totally defeat the point of establishing a CBDC for use within an efficient, automated and regulated digital economy.

The benefits of decentralised, peer to peer transactions must still be able to occur between businesses and individuals but such interactions should happen within the rules and regulations laid out by government. After all, these are the institutions we elect to represent and govern us.

This established social paradigm, with governments regulating things from the top, is the basis for L3COS, the world’s first regulated blockchain-based operating system. It is a regulated, permissioned and decentralised blockchain that enables governments, businesses and society as a whole to benefit from this technology.

Crucially, it is regulated by governments at the top of a triple layer consensus system. Each sovereign state controls a super node at this layer and reaches consensus with other government super nodes via a Proof of Government mechanism. This can be used for balance of payment transactions between governments, for example. Each super node then controls registration and onboarding of other entities into its regulated digital economy.

This economic activity occurs in the next two layers of the system, one for businesses and the final layer designed for society as a whole. In this way, the L3COS system reflects the societal structures that we all recognise, with government at the top and businesses and individuals able to interact in the economy below. Governments can then regulate the economy, protecting people from criminal activity and unsafe practices, while compliant transactions take place automatically thanks to smart contract-based, decentralised applications.

This is why regulation of blockchain has to occur. It will finally bring the advantages of the technology to the masses, in a form they can understand and that positively impacts their everyday lives. Those who advocate for anonymity and decentralisation above all else will just have to get used to this change, as regulated blockchain emerges more and more clearly as the only sensible path forward.