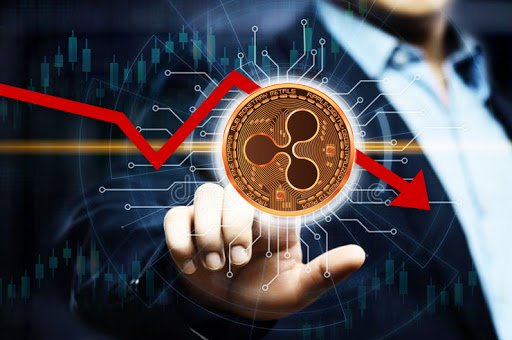 Ripple Sees An 80% Decline In Its 4th Quarter Sales

Ripple XRP’s figures have recently seen a massive decline in its last quarter as its cumulative sales went down from $66.24 million to $13.08 million, which is a drop of 80.2 per cent. The quarterly market report disclosed that all the market figures showed a significant slump in sales. Notably, Ripple paused programmatic sales and decreased XRP sales since the third quarter of last year.

The report of the market also explained that the blockchain company issued 3 billion XRP coins through its escrow last quarter. However, the Ripple also returned 1 billion tokens from circulation to the escrow.

Meanwhile, Ripple added several partners to make use of its blockchain-based solutions. In November, the company added about 24 companies which included goLance, MoneyGram and Viamericas, as customers of its on-demand liquidity. In 2019, the value of the dollars which were transacted via ODL raised above a hundred times between Q1 and Q4, and particularly from Q3 to Q4, by 650%. Ripple also cited ODL transactions numbers also rose by 390% from Q3 to Q4, depicting an increased demand from customers for digital assets, particularly XRP, in cross-border transactions.

Report From CCTC On Ripple

The figures showed this impact as programmatic sales moved down from $16.12 million in the third quarter of 2019 to zero in the next quarter. Ripple also switched to a more formal way to evaluate its sales figures. A report stated that in Q4, Canadian Council of Technicians and Technologists altered the methodology, which the organization used earlier to decide which exchanges it would list in Top tier, or which would be shown in the above figures.

Ripple continued to assess its benchmarks which presented challenges like fake volume, which has continually existed in the industry.

With a market capitalization more than $10 mln, XRP has emerged as the third-largest cryptocurrency in the market. A piece of the coin was traded at $0.22 after trading flat for the last day.