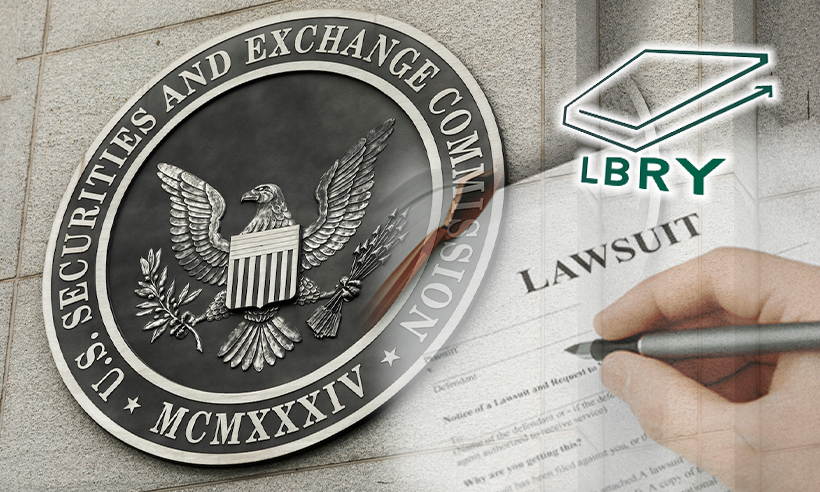 The U.S. Securities and Exchange Commission (SEC) has filed a lawsuit against the crypto startup LBRY Inc. The New Hampshire-based DeFi powering platform is accused by the SEC of selling unregistered securities in its token.

LBRY is a blockchain-based file-sharing and payment network that operates a decentralized content publishing platform. According to the company, the firm’s in-house tokens, its dubbed Credits, are used for content sharing, publishing, and buying content primarily on social networks and video platforms.

The SEC’s lawsuit contends that the company Credits are essentially securities. And the firm’s sale of these credits constitutes an unregistered offering to investors.

The statement published by SEC on Monday reads:

“According to the SEC’s complaint, from at least July 2016 to February 2021, LBRY, which offers a video sharing application, sold digital asset securities called “LBRY Credits” to numerous investors, including investors based in the US.”

The SEC further said that the firm “received more than $11 million in U.S. dollars, Bitcoin, and services from purchasers who participated in its offering.” A copy of the complaint can be found here.

LBRY Demands Transparency in The Investigation

In the FAQ section of the platform, launched in respect to the lawsuit filing,

“The Securities and Exchange Commission has filed a complaint against LBRY Inc alleging that all distributions of LBRY Credits are unregistered securities offerings.” “This claim is a tremendous threat to the entire cryptocurrency industry,” the firm added.

In the FAQ, the company also indicated that it’s been three years since the subject of an SEC inquiry for three years.

“The company has been preparing to fight this case for three full years, which is how long the SEC has been investigating this matter. We wanted to tell you sooner, but transparency in ongoing investigations is not welcomed by the SEC,” the firm wrote.