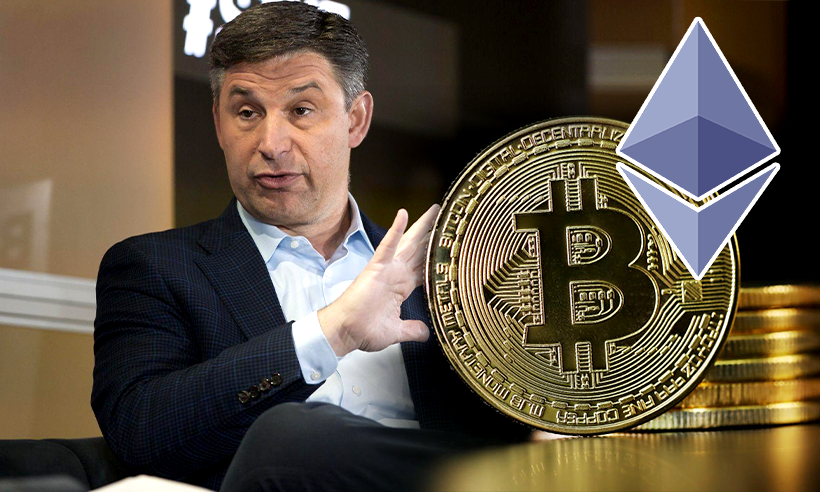 SoFi Offers a 2% Cashback tip on BTC and ETH

An American online personal finance company, Social Finance Inc. is diving deeper into crypto-assets, through its application for Bitcoin and Ethereum facilitating its clients to collect rewards earned through the company’s app for Bitcoin or Ethereum.

SoFi Announces a 2% Cashback Reward for ETH and BTC

Finance company SoFi has recently announced a 2% cashback reward for the two major cryptocurrencies of the market namely, Bitcoin and Ethereum.

The Chief Executive Officer Anthony Noto in a telephonic interview said “The crypto program is among the first to be made available in the industry. There’s a thirst for more and more innovation that we continue to hear from our members. The No. 1 thing they wanted was stocks and fractional shares. The No. 2 thing they wanted was cryptocurrency.”

Noto has previously worked as a former technology dealmaker at Goldman Sachs Group Inc. and an executive at Twitter Inc. before joining SoFi.

Bitcoin “has already established itself as an incredibly valuable asset,” Noto said. “It should be a small percentage of assets because it is very volatile. We put a warning label that says it’s an unproven asset.”

The rise of Bitcoin to Amazon Inc. and eBay happened in the late 1990s. The companies still provide high volatile investments in the present time.

SoFi is joining hands with credit-card companies introducing a new generation with crypto recompense. In a way to extend its investing operation, SoFi decided to incorporate 15 more cryptos in the upcoming week.

Mastercard Inc. this week announced its partnership with Gemini, the digital-asset exchange run by Cameron and Tyler Winklevoss. Another message from Visa Inc.’s collaboration with startup BlockFi later this year for a specific card that offers Bitcoin rewards of 1.5% of purchases, pops out this week.