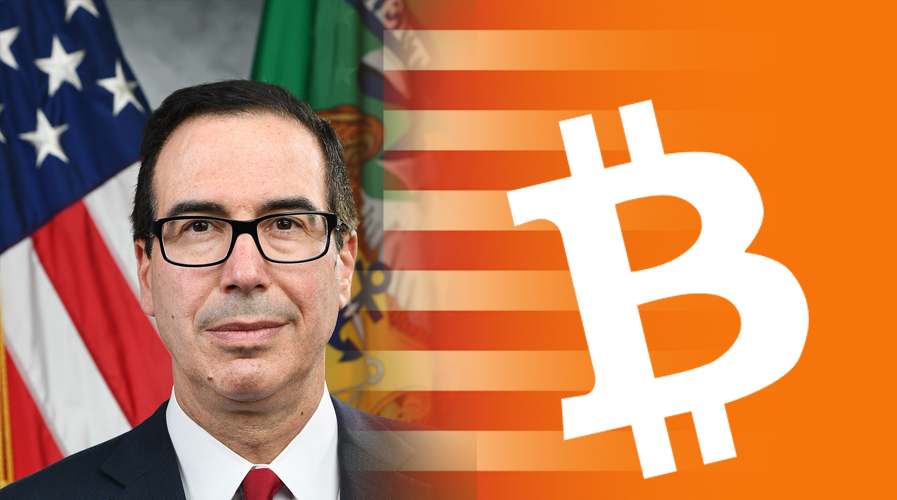 Bitcoin is undergoing a seven-day low period and is currently trading at $9,517, after hitting its 2020 high of $10,460. There are few who believe that the declaration made by the US Treasury Secretary Steven Mnuchin, that significant crypto regulations are beckoning, was the potential reason behind the recent slump.

The US regulators IRS, have classified Bitcoin as a property, whereas Ether didn’t qualify as financial security. Primarily, according to the vox populi, the SEC has targeted ICOs.

As time passes, crypto space in the US would become less and less vulnerable to security risks. Also, it has grown massively and now has an enormous amount of people working in it. The involvement of colossal corporations like ICE and Fidelity are hooked to the industry too, which adds more safety to it, thus, regulating crypto to the point where it runs into the ground is highly unlikely given the current scenario.

However, this didn’t stop Treasury Secretary Steven Munchin from speaking about the serious regulation that is about to hit cryptocurrency space in the near future.

Muchin in a Senate Finance Committee hearing on February 12 stated that too much time and attention is getting consumed by cryptocurrencies, on both inter-agency basis and even at FinCEN to take the right steps and enhance technology but  “cryptocurrencies are not used for the equivalent of old Swiss secret number bank accounts.” Munchin also revealed that the concern of the state regarding the lack of transparency in the crypto-space is a genuine cause of concern and went on to add that to counter this diabolical behaviour, a lot of work would be coming out pretty soon.

The US remains one of the dominant names in the crypto world, even after statements made by Donald Trump that he is not really a fan of cryptocurrency.