SUSHI and DASH Are Threatened by a New Price Falling Wave

SUSHI token has shown almost 2000% of the price movement in less than 3 months. The project, which fell mercilessly from September to November 2020, found a global price bottom near $0.55. It is from this price point that buyers began a strong growth trend that continues to this day. In less than 3 months of trading on the SUSHI market there were unpleasant moments, such as on 23 December: 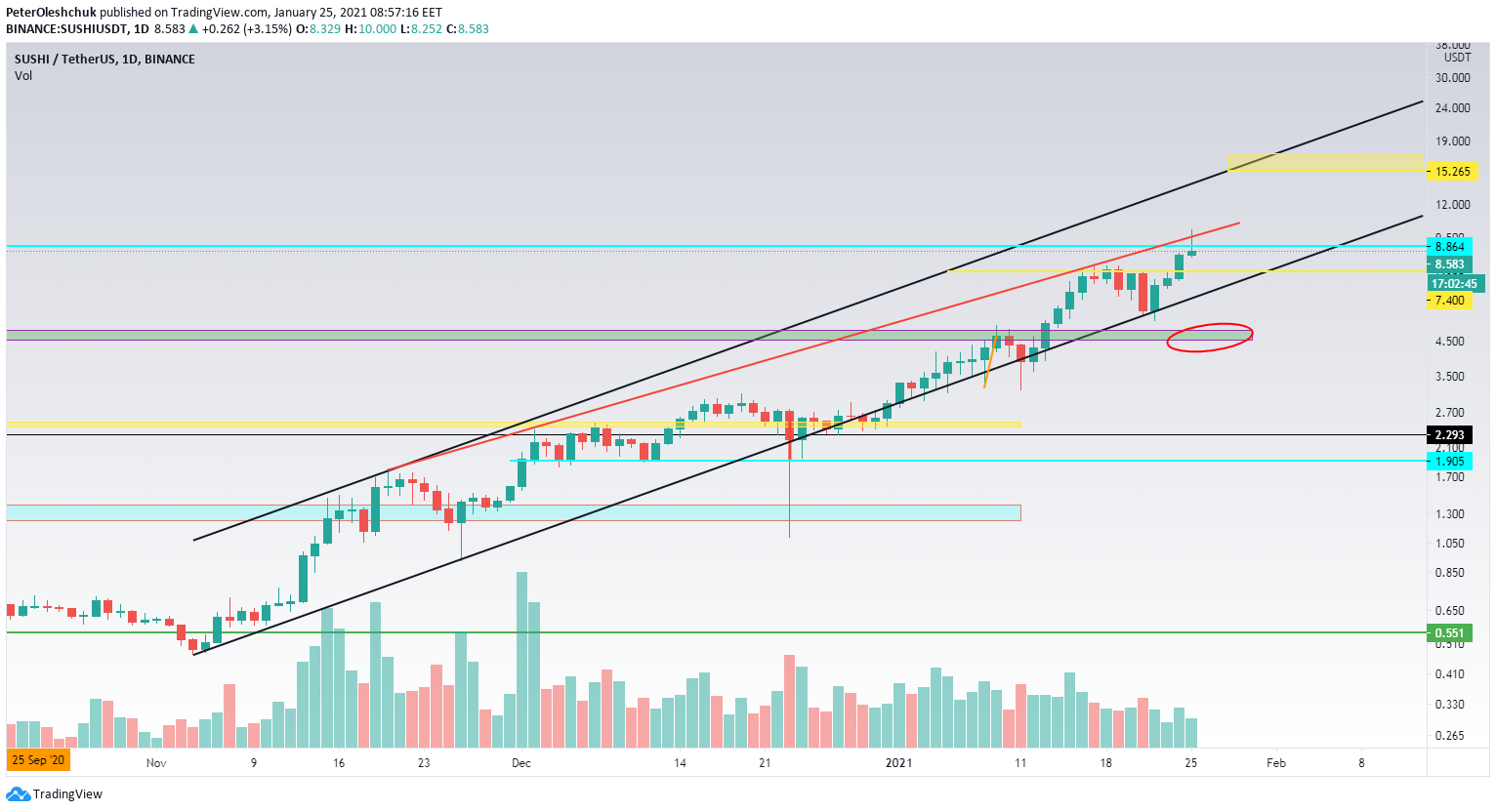 Below the mark of $7.4, buyers will feel uncomfortable

It would seem that on a strong growth trend, at relatively low volumes, sellers managed to lower the SUSHI price by 60% per day. However, this annoyance for margin traders did not stop the growth trend, but on the contrary, gave it new strength. Currently, this SUSHI ranks 19th place in daily trading among all crypto projects and 4th among the Defi projects with a result of $989,498,560. The result is not bad, but the new wave of growth, which began on 22 January, was at low volumes.

Buyers faced a problem in the form of the mark of $8.86. Updating local highs has become increasingly difficult for buyers. This fact is confirmed by the red trend line, which indicates a slowdown in the trend of buyers. The critical point for the SUSHI market is the mark of $7.4. Below this mark, sellers will quickly lower the price to the range of $4.58-$4.87.

Despite the risks of starting the correction, the situation on the SUSHI market looks better than DASH: 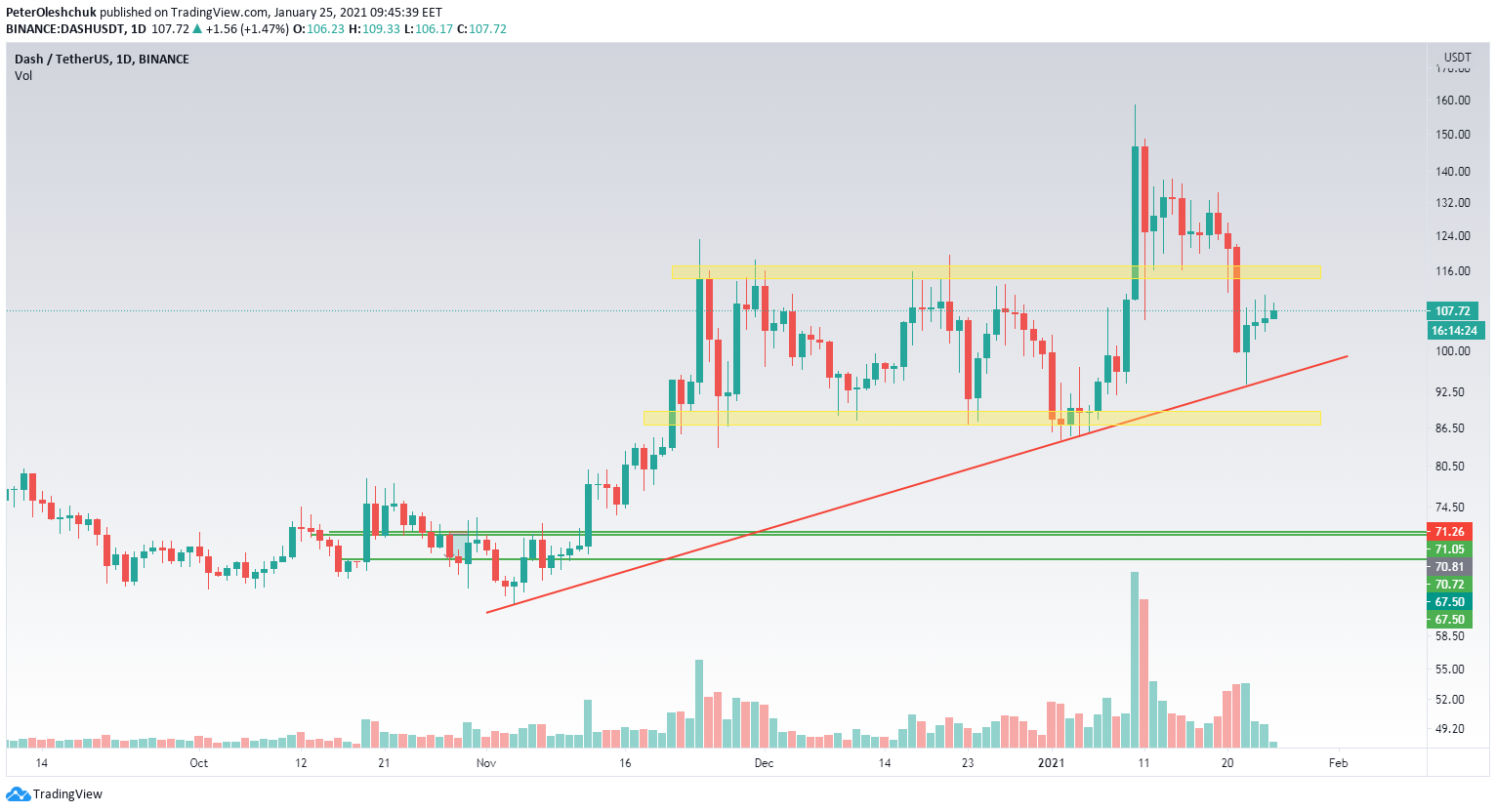 The triumphant victory of buyers during the storming of the range $114-$117 on 10th January was short-lived. Consolidation over this range for 10 days was a good sign for the continued growth of the DASH price. Though, sellers managed to return the price within the limits of consolidation, in which the coin has been traded since November 2020. Buyers are now trying to regain control of the range of $114-$117. If their attempt fails, the DASH price is likely to fall to $86-$90. In this case, sellers will have every chance to break the global consolidation down to the first target of $77.