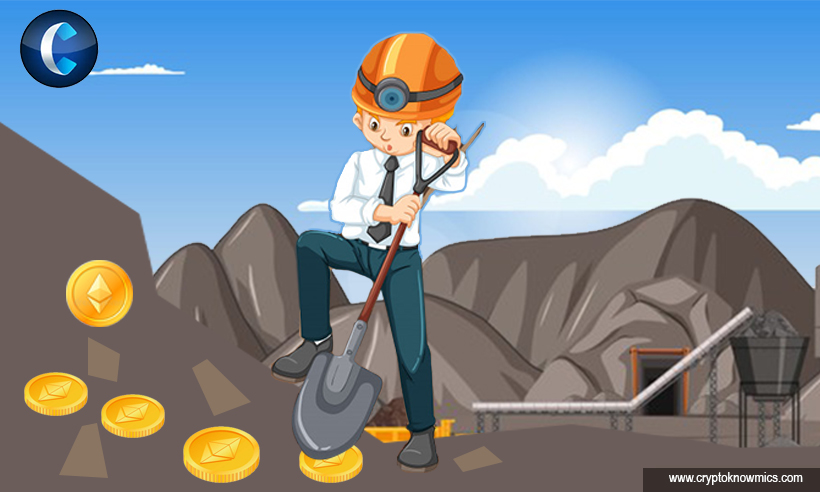 The Evolution and Future of Ethereum Mining

Following the current upward rally in the crypto market, the price of Ethereum has skyrocketed to high levels of $1,139 at the press time. With a surge in the investments in the digital currency and the ascent of decentralized finance, or DeFi applications on the Ethereum network, gas prices have increased manifolds. Users are paying higher gas fees for Ethereum mining to clear their transactions from the otherwise congested network. Daily profitability of the miners are at all-time high. The network is also experiencing a continuously growing hash rate with new miners joining the network.

Even though Ethereum is solidifying its stance in the global digital market, the miners cannot tag along. With the commencement of the much awaited transition of Ethereum from a Proof of Work (PoW) to a Proof of Stake (PoS) based blockchain, the mining community is looking at only about a year of rewards left from the network.

Ethereum launched Beacon chain on Dec 1, 2020 marking a historical transition. The docking of Ethereum main chain on the beacon chain is expected to happen sometime in 2022. It is supposed to be a more secure, scalable and sustainable model. Till now more than 2 million ethers have been stacked in participation on the beacon chain. It is important to note that the network is still mining using the Proof-of-work mechanism on the current blockchain and will continue to do so till the final merging of both chains. The miners can continue with Ethereum mining and earn rewards till this happens.

Consensus model on Ethereum blockchain is based on the likes of its predecessor, bitcoin. To bring the uniform universal state, it follows proof of work mechanism. Miners compete among themselves to come up with a block by collating all the uncommitted transactions and publish it on the network. The block accepted by the majority of users is appended on top of the current blockchain. To produce a block, a miner repeatedly hashes the block header and a random nonce value. The nonce is considered valid if the resultant hash is less than or equal to the target hash. The miner receives 3 ethers for each block it adds in addition to the gas consumed in executing all transactions included in the block.

In the earlier days, it was possible to mine Ethereum using spare CPU power, but the increase in difficulty of Ethereum mining over time has paved way to the development of powerful and specialized mining equipment. For Bitcoin, Application Specific Integrated Circuits, ASICs, solely built for solving PoW puzzles, have completely replaced the CPU mining. But there are only a few players in the ASIC industry and they could easily end up controlling more than 50% of the hashing power on the blockchain. If it happens, any reorganization of the blockchain is possible. The current level of centralization in Bitcoin mining is quite alarming.

Ethereum network employs a memory hard version of PoW called Ethash to avoid centralization of hashing power. It is difficult to build ASICs for such algorithm. This uses a custom generated dataset called DAG, based on algorithms called Dagger and Hashimoto, thus the name DAG. It is used as an input in the mining process and is regenerated every 30,000 blocks (a 100 hour window called epoch). Current DAG size for Ethereum is about 4 GB. It is initiated and generated using current blockchain length.

The mining process involves grabbing random slices of this dataset and hashing it with the proposed block header and nonce value. If the hash value is below or equal to the desired target, then the nonce is valid. Otherwise, it tries a new value of nonce. For each value of nonce, it takes 64 random reads from the DAG, so putting a chunk of DAG in a cache isn’t going to help much since the next DAG fetch from RAM is likely to yield a cache miss. This makes the algorithm memory hard since the system’s memory bandwidth is limiting the mining performance.

Using the ASICs or FPGAs for mining would not be of much help as memory fetches of DAG pages is much slower and provides almost no performance improvement. This avoids hoarding of computational power by powerful mining pools and centralization of hashing. It ensures that the value of ether couldn’t be so easily manipulated by a few players.

Though an ordinary computer can mine ethers with spare CPU power, miners use GPUs on a regular gaming computer for better chances of winning . Most popular GPU manufactures include NVIDIA and AMD. The video RAM of the GPU stores the DAG. Multiple GPUs are stacked together to create a profitable mining rig.

The dominance of GPU mining in Ethereum was shaken by the introduction of an ASIC namely Antminer E3. Launched in July, 2018 by Bitmain, a Chinese ASICs developer, it can mine Ethash algorithm with a maximum hash rate of 180Mh/s for a power consumption of 800W. Another ASIC, Innosilicon A10 Pro ETH miner, followed the trend. It can perform a power-efficient hash rate of 500Mh/s at 950W.

Even now when the PoW mining in Ethereum will be around for only an year, a China-based mining firm Linzhi Inc. has begun rolling out a new Ethereum ASIC miner, Phoenix. Mining pool, F2 Pool released a demo of the new machine on YouTube confirming it to be 3 times more powerful than the available options. The Phoenix works at 2,600 Mh/s. It is more energy efficient clocking in at 3,000W.

Compared to GPUs, the ASICs are much more energy and cost efficient. But the critics believe that ASICs could have a negative impact on the Ethereum community and on Ethereum price.

Created by a group called Ifdefelse, Programmatic Proof Of Work, ProgPoW is an extension of Ethash and is designed to make graphics cards more competitive and minimize centralization in Ethereum mining.

In ProgPoW one iteration of problem-solving process, is a randomly generated program based on the block number. The program is designed for efficient operation of commodity GPUs and uses a greater portion of the GPU functionality. Random sequence of problems makes it impossible to create fixed-function pipelines for ASICs. ProgPoW was submitted and discussed at a developers meeting (EIP 1057). According to an analysis by 2miners, the ProgPoW could reduce the ASIC advantage by as much as 2.6 times.

But numerous crypto influencers believe that an ASIC resistant chain can’t be built securely and ASIC manufacturers will always find a way to create an ASIC rig that mines any coin.

The high levels of difficulty of the PoW puzzle drives this race of trial and error in Ethereum mining. The entire process is computationally very expensive. For ethereum, a single transaction energy footprint is 32.26 kWh which is equivalent to 1.23 days power consumption of an average US household.

Ethereum community has finally launched its first step towards Proof of Stake adoption. It replaces miners by validators who stake their ETH in the network. Validators are chosen at random based upon their amount and duration of stake. They do not compete among themselves like PoW system. Validators do not use significant amounts of computational power as they do not need to mine blocks. They just need to create blocks when chosen and validate proposed blocks in all other cases.

The main question that remains for the miners is how they could mine on the new PoS-based ethereum network. Answer is, they cannot. They can either become a validator by staking 32 Ethers on the Beacon chain or can use their ASICs or GPUs to mine other cryptocurrencies.  Few other digital currencies like Ethereum Classic, Ether-1, Expanse, Ellaism, Elementrem and Atheios also use Ethash algorithm. Other digital coins like Monero, Zcash and Grin can be mined using same GPUs. This is because they are not designed specifically for any mining algorithm. However, the same flexibility does not exist for ASICs.