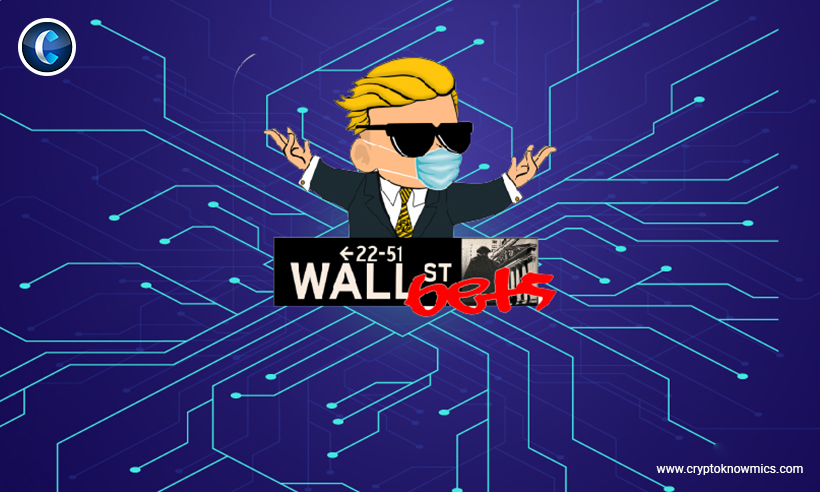 The Wall Street has had quite the week following the drama that ensued between institutional short-sellers and a group of retail investors organized in the Reddit chatroom dubbed r/wallstreetbets (or r/WSB). The drama began when the Redditors aimed at inflicting trading pains on the institutional short-sellers over the shares of American video game retailer GameStop Corp., which trades on the New York Stock Exchange bourse under the ticker symbol “GME.”

The short sellers target the shares of firms like GameStop, which they borrow, sell the stock, and then buy the stock back to return it to the lender. Short sellers are betting that the stock they sell will drop in price. However, the group of chatters on WallStreetBets are determined to change the game for the short-sellers by encouraging themselves to buy the shares of GameStop to push the price higher.

This strategy yielded its dividends but on a more temporary basis, GME succeeded in pumping in price and grew as much as 1700% through January. The game overturned when many Wall Street investors began itching at the game being played by the retail investors, which had cost the former group over $5 billion in losses.

The authorities eventually came to spoil the show as made obvious by the suspension of trading of GameStop shares as well as many others that were seeing a ballooning surge in price and market capitalization.

The Turn to Crypto

The WallStreetBets drama shows that the goons on Wall Street can rub those on the main street as it is okay when the big money guys make more money in betting against stocks but it is not when the retailers helped tweaked the game the other way around.

The events re-highlighted the need to take crypto investments more mainstream, especially amongst the retail investors as the cryptocurrency investment ecosystem offers no form of censorship yet.

The decentralized nature of investing in the crypto space also returns power back to the people as it engenders equality in investment. Unlike the way the authorities are trying to rob the retail traders to prevent the rich from losing money, anyone in the crypto space can buy any coin at any time and sell in a similar fashion.

The SatoshiStreetBets Imitation of WallStreetBets: Dogecoin Under the Radar

As the efforts of the WallStreetBets investors stirred a wave across social media channels, a similar Reddit board, named Satoshi Street Bets also aimed at pumping the price of Dogecoin (DOGE), a cryptocurrency that was created as a joke back in 2013.

The action pushed the price of Dogecoin remarkably higher by over 800% at the early hours of Friday but the bullish rally is becoming short-lived. Though the actions of the SatoshiStreetBets was accompanied by retailers spoiling the rally amid the profit-taking, the efforts are an indication of the power in having a unifying front amongst retailers in influencing the valuation of any asset.

As the shares of GameStop remain halted with a possible Congress hearing on the unexpected surge, DOGE is retracting back on the line after pushing up to rank as the 7th largest cryptocurrency by market capitalization.