TRX Technical Analysis: Price Above the Pivot Point of $0.088 with Resistance Retracement at $0.089

Content creators on TRON can directly connect with their audiences through its platform. It is hoped that by eliminating centralized platforms — whether they are streaming services, app stores, or music sites — creators won't end up losing nearly as much money to middlemen. The result could be a reduction in content prices for consumers as well. As the entertainment industry continues to become increasingly digitized, TRON could have an advantage in applying blockchain technology to this industry.

Let us look at the technical analysis of TRX. 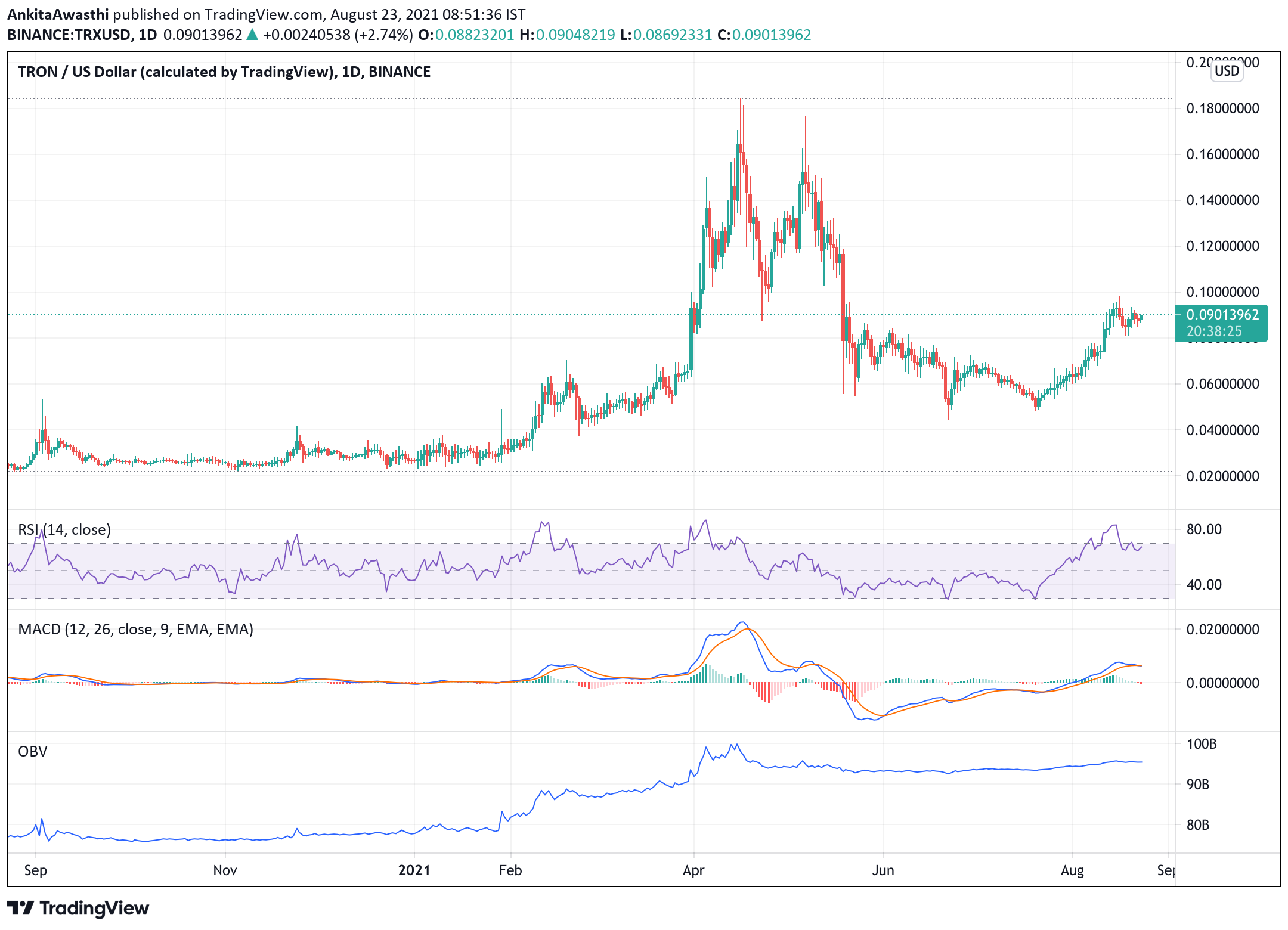 Currently, the RSI is at the 66.89% mark. And, after taking support at 63.47%, the RSI has pushed upward. Thus, making it a support level. After July, the RSI has seen constant higher lows, suggesting that the buying pressures have gradually increased.

MACD and EMA lines are above zero range, thus giving a buy signal. Although on the daily level, we can expect a bearish crossover as the EMA is overtaking MACD lines.

OBV on the daily chart has been a straight line for a while now, indicating the interest of investors is neutral for TRX.

The current price is above the pivot point of $0.088. The resistance retracement is formed at $0.089, this is the current price of TRX as well, we can expect it to breakout from this level. If the price breaks out of the resistance, it will highlight the next resistance at $0.090, and accordingly, the traders can go long.