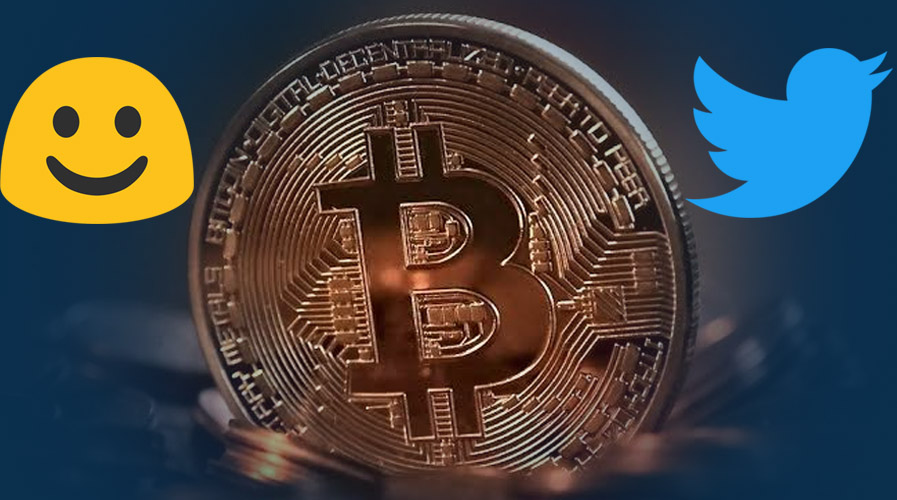 The CEO and the co-founder of Twitter, Jack Dorsey, on February 02, 2020, tweeted the newly added emoji of Bitcoin (BTC). In his tweet, Dorsey also tagged the developers responsible for the mainstream emojis, Unicode.

A tweet by Dorsey showed that, now, if, the users use the term Bitcoin or BTC hashtag in their tweet then an image showing the symbol would appear next to it. Recently, when the Bitcoin emoji appeared on Twitter, the crypto twitter was taken by storm and it received a major emoji boost with the hashtags associated with it (BTC).

Soon after, the emoji was added to the platform, many cryptocurrency personalities like Justin Sun, the founder of Tron and the CEO of Bittorent, test tweeted it. Later, the major cryptocurrency exchange, Binance, while suggesting its community tweeted that they should use as much of hashtags as they could so that the emoji gets trending on twitter. While supporting the official account of Binance, its CEO Changpeng Zhao tweeted, “Let’s do this.”

Let’s do this. #Bitcoin https://t.co/t9Xxsc3qTx

According to the reports, the emoji was added on twitter soon after it (twitter) took action against Zero Hedge, a financial blog, for publishing an article that questioned the involvement of Chinese scientists in the outbreak of the coronavirus.

Dorsey is also the CEO and founder of Square, which was the application that supported the crypto-friendly mobile payments. According to the reports, it was not the first attempt by Dorsey, in early December 2019, he announced that the dedicated Twitter team would also develop a decentralized standard for social media.

The reports stated that recently, a patent was awarded to Square so that its technology which cracked the barriers present in cryptocurrency merchant transactions, could provide a real-time system for the exchanges between crypto and fiat money.

In November 2019, the shareholders of the firm got a letter which showed that in Q3 2019, the buyers of the Bitcoin were doubled but it did not bring in much profit for the company.