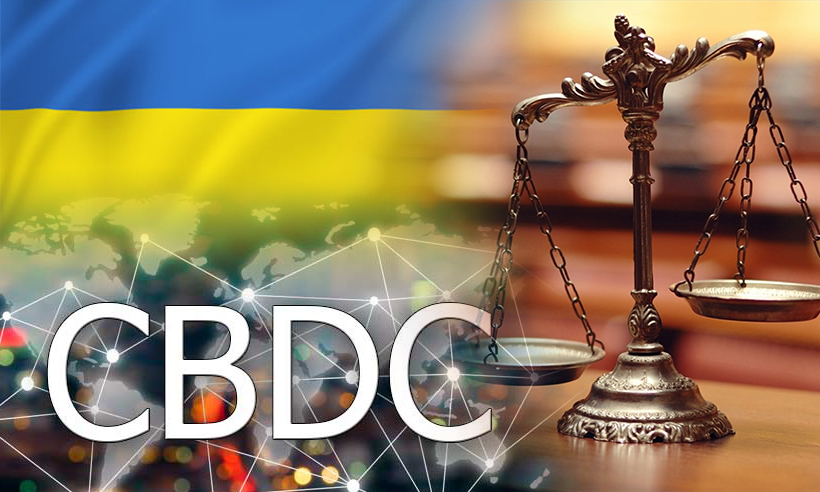 Ukraine Passes Law to Treat CBDC on Par With Cash

The parliament of Ukraine has passed a new payments law that would put its central bank digital currency(CBDC) on par with cash and other payment instruments in the country. The electronic currency Hryvnia is still in the research and development phase, but lawmakers in Ukraine appear eager to digitize their economy.

Ukraine’s parliament, the Verkhovna Rada, enacted the “On Payment Services” law on Wednesday, with a brief mention of the country’s yet-to-be-launched CBDC. The new law lists payments services and methods and puts the electronic Hryvnia at the same level as cash, electronic payments, and bank accounts.

Notably, Ukraine has been working on a digital currency since 2018, with a prototype built on the Stellar Lumens blockchain. Following the conclusion of a pilot program in December 2018, the National Bank of Ukraine(NBU) released a 40-page report detailing the implementation of an electronic currency. The country has also invited experts to contribute their opinions on the subject. In 2019, the NBU organized a conference focused on CBDCs with representatives from other central banks to explore the outcomes associated with e-currencies.

Ukraine isn’t the only European country working on a CBDC. In fact, it’s part of a growing list of countries on the continent that are actively experimenting with decentralized technology. France, Sweden, and even the European Union are researching the benefits and drawbacks of a CBDC. Many of them want to capitalize on the potential advantages of a digital currency — for instance, reduction of fees associated with cross-border payments.

The race for a working CBDC is also being heated up by progress made in China, where a digital Yua is already being used in some banks and ATMs. Europe is well aware of the fact that it needs to ramp up its efforts in the CBDC space to remain technologically relevant in the digital age. While some institutions are still hesitant about its implications, the larger consensus seems to be favoring CBDC adoption.

Recently, the Bank for International Settlements (BIS) published a paper on digital currencies which found that hybrid or intermediated CBDCs showed promise. The organization believes that there are challenges as well as benefits to CBDC implementation.