Bitcoin is a decentralized digital currency which uses peer-to-peer technology to operate. Its transactions are verified by network nodes through cryptography and recorded in a public distributed ledger called a blockchain. In this article you will get to know about some unknown fun facts about bitcoin.

Bitcoin.org, the domain name of Bitcoin was registered on August 18, 2008. Later, on October 31, 2008, an unknown Satoshi Nakamoto developer builds using the whitepaper. Before getting released in January 2009, Nakamoto implements the Bitcoin software as open-source code.

The first blockchain mined by Nakamoto was the genesis block and after that, a network was created for Bitcoin. Neither the bank nor the government has the authority to offer bitcoin to the investors.

Bitcoin was becoming highly popular among the people and triggered the launch of Altcoins.

While creating a Bitcoin token the developer uses a long string of numbers and letters as a public or private key, which is linked via a mathematical encryption algorithm. 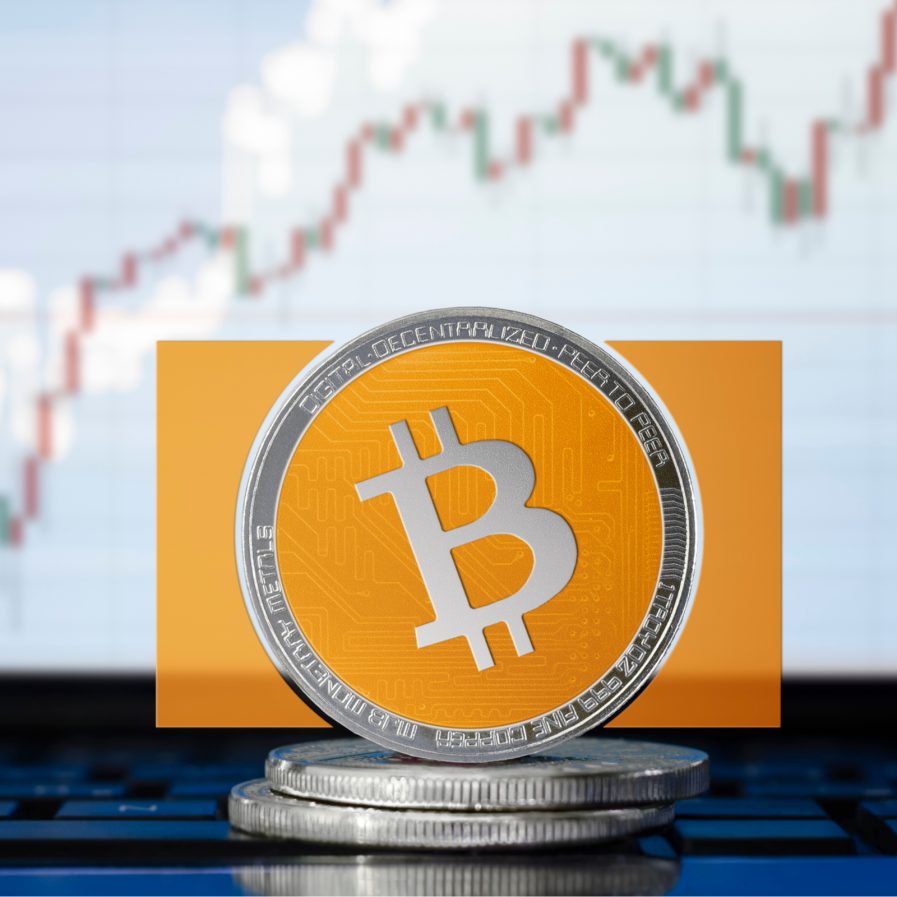 Some fun facts about bitcoin which are yet to be resolved.

1. Bitcoin Developer: According to the Bitcoin white paper, the person who created the Bitcoin did not reveal his/her identity in front of the world but has been popular as Satoshi Nakamoto. But when people search more about the mysterious guy, they found that the guy was Japanese, however, the people still had doubts about it.

2. SATOSHI NAKAMOTO: According to some theorist, Bitcoin was generated by 4 tech giants and the name, Satoshi Nakamoto, was derived from the first two letters of those companies.

The companies are-   Samsung: SA.

3. Some people believe that as the Bitcoin is disruptive in nature, therefore, the last name NAKAMOTO was derived from “NATO amok” which the abbreviation of:

Amok: To behave uncontrollably and disruptively.

4. It is believed that the very first transaction of Bitcoin took place on May 22, 2010, by Hanyecz. He bought 2 pizzas with 10,000 bitcoins, and today, it is considered to be the most expensive food order.

5. The crypto enthusiasts around the globe celebrate May 22 as “Bitcoin Pizza Day”.

6. Some individuals believe that Bitcoin is not completely decentralized because 50 percent of its hashrate is controlled by 4 major entities which include:

7. Bitcoin can buy some weird products like a goat, pocket cannon, a webcam show and even a trip to outer space. 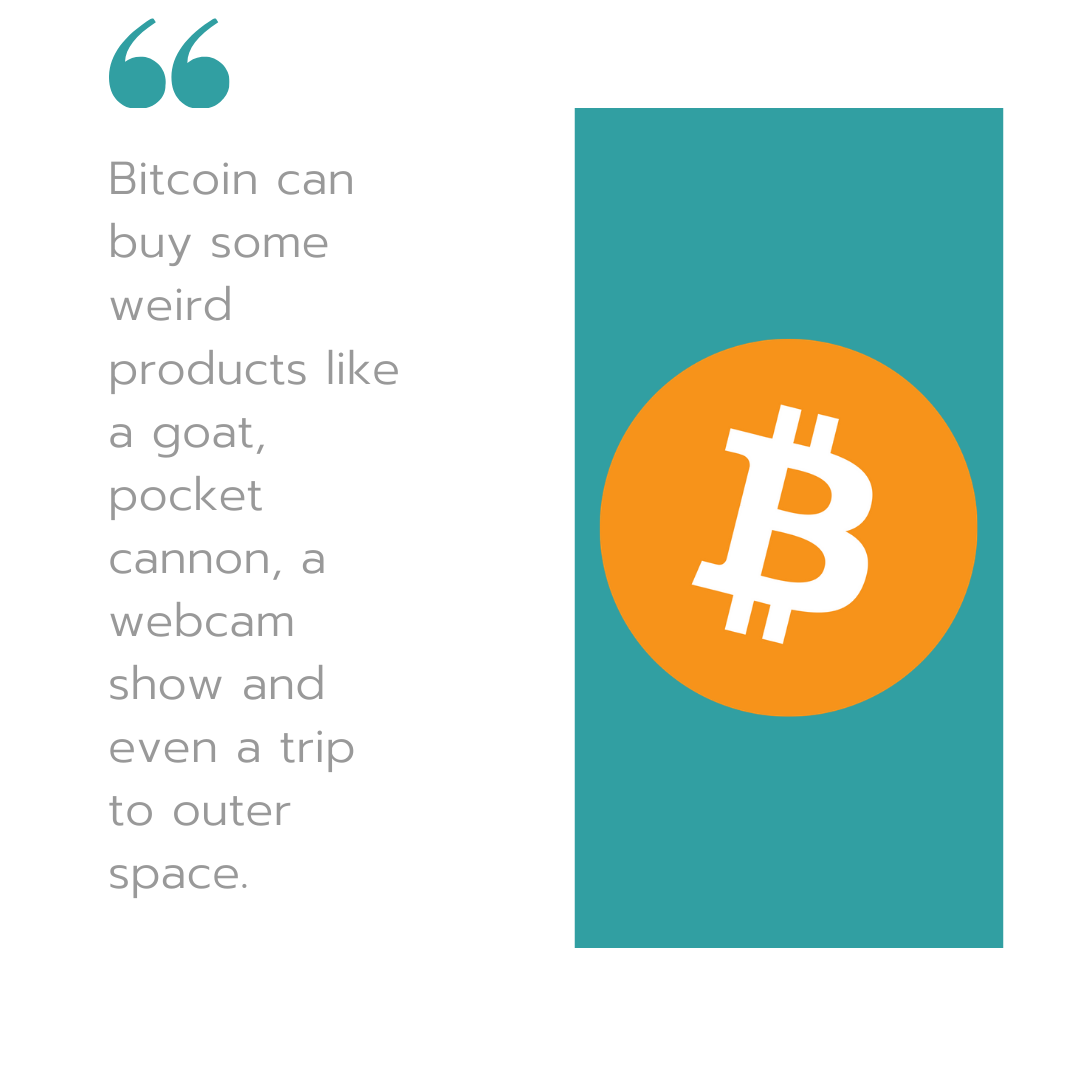 8. As Bitcoin is created on a distributed or peer-to-peer network, therefore, the related activities are authenticated and validated by the mass collaboration of individuals in its ecosystem.

9. Satoshi is the smallest unit of Bitcoin.

10. Bitcoin is both a currency and a commodity.

12.  Bitcoin ATMs available worldwide and the US have the most number of it. There are approximately 2000 ATMs in the US.

13. For carrying out Bitcoin transaction the holder would have to generate two keys i.e., public and private. These keys are large integer and represented in figures and letters.

14. Around 3.79 million of the Bitcoin transactions have been lost forever.  The lost Bitcoin worth approximately $252 million.

15. James Howell lost $7500 accidentally. He by mistake threw his old hard drive which has private keys.

16.  Individuals mention that  21 million Bitcoins could be easily mined, out of which 17 million are already in existence.

17.  The Bitcoin developers own around 211 million of the total which could be mined.

18. While taking into consideration the dividing frequency of Bitcoin, an assumption has been made that the last Bitcoin would be mined in the year 2140.

19. Presently the miners have surpassed 80 percent of the total number of Bitcoins that will have in existence.

20. Over 23,000 Bitcoin wallet addresses have Bitcoins worth more than one million dollars.

22. Digicash is the very first cryptocurrency, founded by David Chaum in the year 1989.

After the internet, in the 21st century, Bitcoin is the most revolutionary thing that has made people more curious. This is very little about Bitcoin, people would unravel more facts in the future.  In this article, we have tried to let you know fun facts about bitcoin. We are eagerly waiting for your valuable feedback.