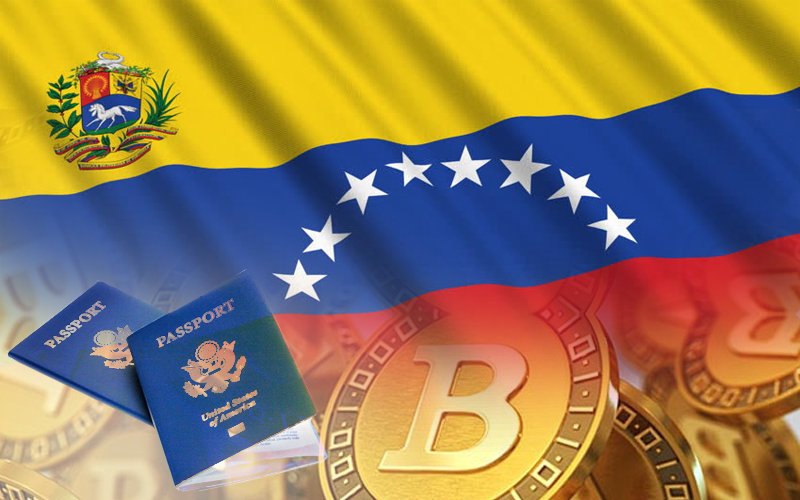 The Government of Venezuela has recently, allowed the Administrative Service for Identification, Migration and Foreigners (SAIME) to accept payment from the passport applicants in Bitcoin, for this week.

Originally, on June 23, this information was out through Reddit post. Later, many of the Venezuelans, who are living abroad, confirmed the news via posting a screenshot on Twitter.

One of the Twitter user named BTCLovera, after verifying the news, tweeted, “I have just verified it personally and it is totally true. #Venezuela, the immigration service, is accepting bitcoin for payments. Renew passport or request an extension.”

It has been reported that SAIME enforced BTCPayserver for issuing and managing the payment address. The payment processor uses its own exchange rate which is lower than the market price.

However, it has been suggested that a few hours later, SAIME removed the Bitcoin Payment option.

SAIME Did Not Confirm Yet

According to Marbellis Linares, the Venezuelan journalist, the payment option never existed. She claimed that the leaked information is false.

But currently, nothing could be said because there are the screenshots of in-progress payments, circulating online.

In recent time Venezuela has become a hotspot for cryptocurrencies, that is because the country suffered hyperinflation where the value of its national currency, Venezuelan bolivar, declined.

A report published by Coindance reveals that LocalBitcoin has highest-volume of buyers and sellers in Venezuela. Some of the businesses like Burger King and Church’s Chicken have collaborated with Dash.

However, according to some critics, the government of Venezuela should control the crypto-related activity in the country.

The information regarding accepting BTC can also affect Venezuela’s own cryptocurrency Petro, which already is competing against the mainstream cryptocurrency.

According to Maduro’s regime, around 15 percent of the fuel payment in Venezuela is made through Petro.