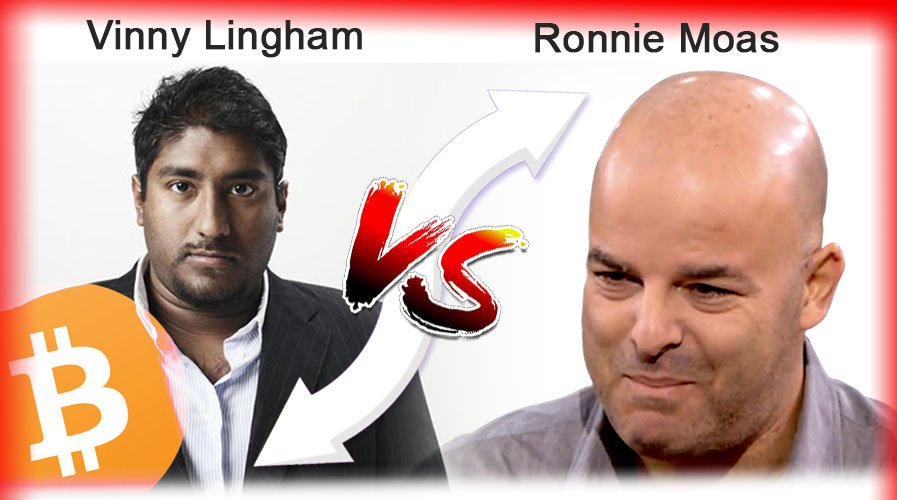 Two popular Bitcoin figures resorted to a hot public exchange of an unsettled $20,000 bet. Vinny Lingham and Ronnie Moas entered into a heated debate over a $20,000 bet. The debate revolved around a pledge made by Ronnie Moas in 2018.

Moas promised if Bitcoin would not be worth $28,000 by the end of 2019; he would donate the amount to FreeRoss.org.

A charity organisation was organized meant to free jailed Silk Road founder Ross Ulbricht. While BTC/USD trailed at $7,200 on January 1 2020, Lingham called out Moas to confirm whether he had staked the promised payment. Surprised, Moas retorted that he would not honour the commitment.

Profanity at its Worst

Meanwhile, the tone gradually shifted to a bitter exchange after Moas described Lingham to be a “F*cking bastard.” In fact, he asked Lingham to explain a near-total drop in the pricing of the CVC (Civic Native Cryptocurrency).

Moas, however, said that he would keep his word and distributed $20,000 to at least five organizations highlighted in his website. He noted that he would divide the FreeRoss fund to the five charities of his choosing. Then Moas went on to advise Lingham:

“Read my last three posts … and the ones preceding from the last 24 hours you f*cking jackass … stop making a fool out of yourself in a public forum.”

He also concluded that he had more than a dozen reasons for not sending the funds to FreeRoss. However, most of the responses sided with Lingham for Moas had refused to oblige to the terms of the bet.

The argument gained traction with some Bitcoinists pledging to replace part of the lost funds from their own pockets.

Meanwhile, the Bitcointalk Forum is still witnessing further efforts for selling collectible items. These include an altered Venezuelan Bolivar note with the Banco de Bitcoin Emblazon. While small banters have taken place before in the crypto space, the bitter online spat like the one between Vinny Lingham and Ronnie Moas has happened for the first time.