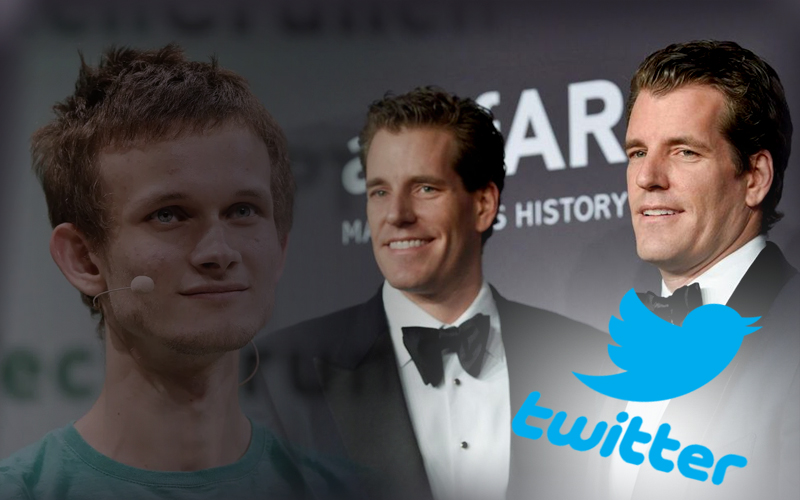 Vitalik Buterin, the creator of Ethereum and the founders of Gemini, Cameron and Tyler Winklevoss shared their views on the latest resolution at social media censorship.

On May 29, while talking about the latest tweet of the US President Donald Trump, Buterin tweeted that the social media platform has soft-censored the US President’s tweet because according to Twitter, it could instigate the violence.

Yesterday, Bloomberg reported that an executive order has been signed by Trump which is related to media censorship.

On May 28, just seven minutes before midnight, while tweeting on the protest that has been held in Minnesota in support of George Floyd who was restrained by the police, notified that Minneapolis needs better leadership. Trump also stated that if it would be necessary then he would also deploy the Unites States National Guard in that city.

But as soon after he posted the message on Twitter, the social media platform declined it specifying the breach of the platform’s rules.

After this, Butterin commented on his older tweet and stated that social media designs could be a part of a better system. While explaining it, he said that with the help of social media a selection is developed which only supports the positive content.

On May 29, Cameron Winklevoss also shared his views on the incident and tweeted an opposing statement. He asked in his tweet, “Imagine if a phone company fact-checked your calls or the post office fact-checked your mail?”.

His brother Tyler Winklevoss, while sharing views quoted a book named Animal Farm authored by George Orwell in the year 1945. Tyler said that “All the tweets are equal but some are more equal than others”.

The twin brothers have earned the fame because of their crypto exchange which makes every effort to work with regulators.

Recently, both the brothers appeared in a podcast episode and have stated that exchanges need rules, but they also highlighted some of the over-regulation points in the episode.

Graduated from GGSIPU and did PG Diploma in English Journalism from IIMC. Last worked at Business News and Information Services Ltd. for more than one and a half years as a sub-editor.