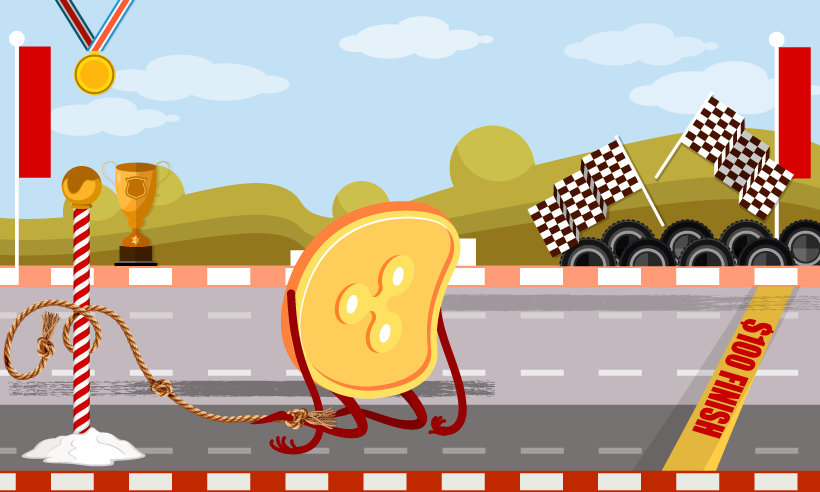 With echoes of XRP bulls all around, let’s bring you to the real grounds of the question-why XRP will not reach $100? To get through the concept of ‘why’ we need to acknowledge a few things.

To begin with, XRP is a cryptocurrency that runs on a platform called RippleNet. RippleNet is a digital payment platform i.e. a platform for global payments. [just like SWIFT – a global provider of payment and security services].

According to Ripple’s official website, XRP is a digital asset that can remove the pain and friction that comes when dealing with the field of cryptocurrencies. RippleX enables developers and entrepreneurs to send and receive payments across any network, currency, and geography.

In a short span of time, XRP has undoubtedly shown a massive bullish outlook. According to the recent statistics, the XRP price is $0.541756 at the time of writing, which shows a 179.80% surge from January 2020. 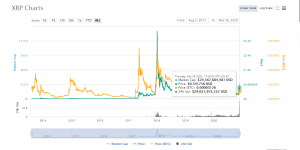 XRP has a current market capitalization of around $24 billion. If somehow XRP managed to reach $100, then its total market cap will be around $4.5 trillion. Which is too high, and not literally possible in recent time or the near future.

Brad Garlinghouse, the chief executive officer of Ripple, had made a bold statement:

“I hope that in five years, we’re not just Amazon books, we’re Amazon”

Distinctly, Ripple is aiming to surpass Amazon in the near future. But it’s important to have some authentic basis for making any statement.

XRP reaching $100 is just mere speculation when compared with these publicly traded companies.

Moreover, Amazon’s current market cap is $1.59 trillion. Not only Amazon, Microsoft, a leading American multinational technology company, has a market cap of $1.617 trillion. Meanwhile, the world-famous Google is also merely crossing a $1.198 trillion market cap. According to the statistics, 9.5 out of 10 people use Google in some or another way. I won’t mind saying that If you are not on Google then you are not likely to be found!

Clearly, XRP reaching $100 rumors are just gambling play. For sure the coin will piggyback the Bitcoin wave just like other altcoins. Nevertheless, it would be great to see XRP crossing a few dollars at least in the year 2020.