While some think it will rise, others believe ZEC to be a bad short-term investment. Here is everything you need to know before buying Zcash.

An estimated 25% of Bitcoin users used digital currency in the early days to buy illegal weapons or narcotics or pay for human trafficking. Unfortunately, the criminal networks behind these transactions were not easily traced. Moreover, cryptocurrency exchanges weren't required to verify customers' identities once — which led to widespread money laundering using crypto to buy fiat currencies.

Chainalysis, a cryptocurrency company, changed all of this. Every Bitcoin transaction has been made public since its inception. It allows analytic firms to identify suspicious wallet addresses and track their flow quickly. However, problems arise when criminals sell "tainted Bitcoins" on exchanges to other investors or legitimate merchants. Law enforcement could ask the new recipients, even though they are unaware of the entire operation. This fundamental flaw led to privacy coins.

Privacy coins are a unique cryptocurrency that allows users to remain anonymous while transacting on the blockchain. Transacting in blockchain transactions is entirely anonymous, and the identities of users are kept secret. It allows senders to remain anonymous, while recipients can be identified using hidden wallet addresses. In addition, they provide anonymity and transaction balances. Privacy coins keep payments private.

While Bitcoin is still the most popular option, it is now being used by government agencies. These agencies have become very adept at tracking Bitcoin transactions, which has created a strong incentive for users to switch to private cryptocurrency. Because Bitcoin is a popular way to protect one's identity, government agencies continuously monitor and target transactions. As a result, they are pretty adept at tracking Bitcoin transactions and have made it a solid incentive for users to switch to private cryptocurrencies like the ones listed here.

The framework that ensures complete transaction confidentiality and transparency in the network has enabled the paradigm shift from Bitcoin to ZEC. Transactions are not recorded on the blockchain. However, the sender and recipient of the transaction and the amount are not visible to any other users.

Continue reading for more information about Zcash and ZEC prices predictions for the coming years.

Zcash relies on cryptographic methods, which ultimately rely upon zero-disclosure proof. Thus, it allows for mathematical consistency in the entire transaction procedure without revealing any other party's data or messages/passwords.

The most distinctive feature of Zcash is the special transaction block headers.

Zcash is the result of the hard work of core experts from renowned universities such as MIT, Technion, and the University of Tel Aviv. They have worked tirelessly to ensure that the ZEC coin is accurate, and the algorithm is flawless. As a result, hacking such a system is almost impossible.

A block's creation time is fixed at 150 seconds. Transactions are, therefore, four times faster in Bitcoin than they were before.

Zcash's power is not only in the hands of the user but also because one cannot trace the recipient's information. The original client program also requires that you store a blockchain no more significant than 10GB. This is not comparable to the 200GB BTC wallet.

Another benefit is the interoperability between all ZEC coins. Zcash also has regular upgrade plans, which allows it to be adaptable for both the different use cases today and tomorrow.

Zcash is also entirely self-funded and has strong community governance that aligns with the incentives of key stakeholders. Zcash's governance structure protects against capture and is inclusive. The Canopy upgrade will create a new community development fund. It will operate from 2020-2024. Significant Grants funds are also available, and at least USD20 million is set aside for Zcash development in the future, which will decentralize the ecosystem.

Let's see how the ZEC crypto will perform in the upcoming years.

Price Analysis of the ZEC Token

In the early days of listing, the ZEC coin price suffered tremendous selling resulting in a fall of more than 90%. As a result, the price was trapped in a range between $20-$100. However, the bullish breakout of this range came with the rally in early 2021.

In early 2021, the ZEC coin price made the high of $370, resulting in more than 450% gain. After that, the price fell into a correction period, trading mainly between the $90 and $170 range for the following few months.

Let's have a look at the ZEC price predictions for the upcoming years.

In September 2021, the maximum possible price of the ZEC token will be $280, and on the downside, the possibility of $100 seems plausible.

By the end of August 2022, the ZEC coin is anticipated to reach a high price of $300. The ZEC token will be worth $320 in November 2022, making it the optimum opportunity to sell ZEC holdings.

ZEC price prediction by well-known media portals is explained in the following section:

Wallet investors view Zcash as a profitable future investment. According to them, the coin price can see an upside movement of about 65% in the next year. And by 2025, the ZEC coin price will reach the $500 mark.

With a slightly less bullish approach, Digital Coin Price estimates Zcash to reach $300 by the end of 2023. And the ZEC coin price will be trading very close to the $400 mark by 2025. 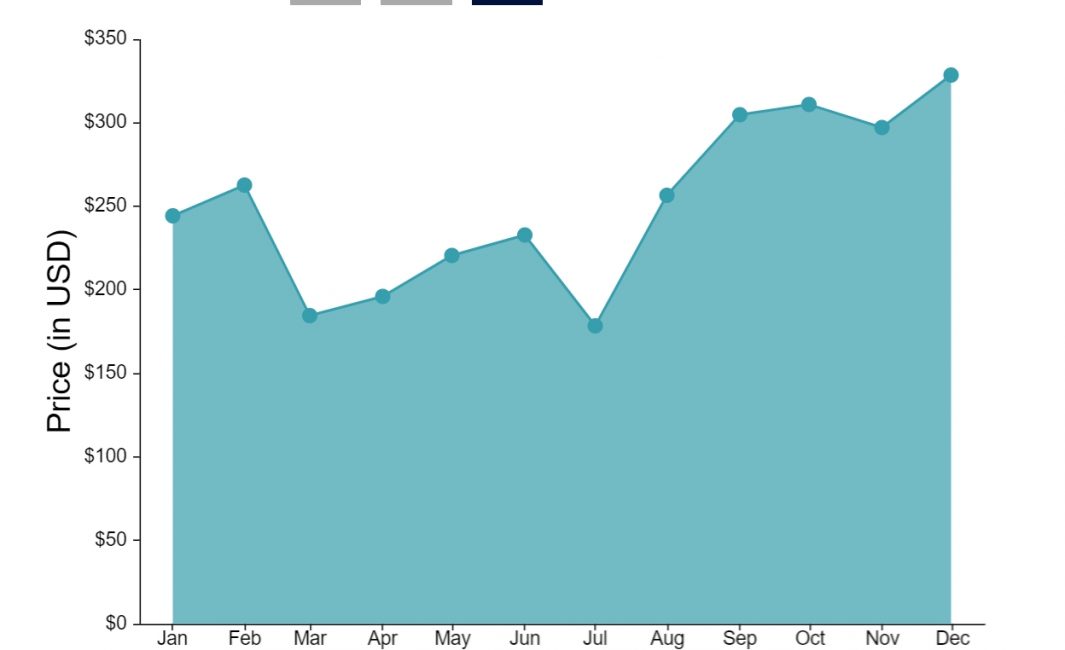 Previsioni Bitcoin has a very positive outlook on ZEC coin price despite the poor sideways performance in recent months. It estimates Zcash to trade above the mark of $350. That will be an upside move of +200%.

At present, Zcash is trading sideways with low momentum. It reached its peak in the month of April-May.

Zcash has been significantly underperforming from the launch of a token that launched at over $2000. However, since the listing of Zcash, it was trending and caught the interest of big investors, and it showed its value at that time. Thus, for some brief period in October 2016, it was the most valuable cryptocurrency.

According to our 2021 ZEC pricing forecast, the ZEC cryptocurrency will reach at least $220 by the end of this year. Furthermore, according to numerous analyses of media outlets, the price will not exceed $500 by 2025.

Despite the strong feeling surrounding the ZEC coin, we advise you to conduct your research before relying on our price projections.

When investing, price predictions are a great place. But it's essential to be aware that the market is subject to change at any time. The market's volatility makes it essential to keep current if you intend to invest.

Zcash investment is a decision you make, and only data and predictions will help. Unfortunately, Zcash can seem challenging to invest in on a near-term basis. It is due to the fact that price predictions can vary widely. While some think it will rise, others believe it to be a bad short-term investment.

However, opinions about long-term capital investment are very consistent. WalletInvestor is among the prediction platforms that project a price rise within the next two to five years. These predictions can be viewed to assist you in making your decision. Moreover, the factors like Halving, Adoption, and Volatility in Demand and Supply can bring significant changes for Zcash cryptocurrency.