ZEC Technical Analysis: In a Bear Phase, Price Is at the Second Fibonacci Pivot Point of $156.07

Privacy and anonymity are key features of Zcash, a decentralized cryptocurrency with ZEC as its native token. Using zk-SNARK zero-knowledge proof technology, nodes on the network can verify transactions without revealing any sensitive information.

In spite of a common misconception, most cryptocurrencies, including Bitcoin (BTC), are not anonymous. Even though they do not explicitly reveal the identities of their users, each user has a public address or addresses that can be traced back to them using data science and blockchain forensics.

As the Zcash privacy set grows over time, it is very different from coins that use mixing, where the privacy set is limited to a much smaller number of transactions mixed together at once. Let us look at the technical analysis of ZEC.

On 6th September, the price opened at $172.85 and closed at $127.48 on 13th September. During the week, the price has witnessed a sharp fall and a high volatility level. The bear attacked the market and affected the price levels of ZEC. 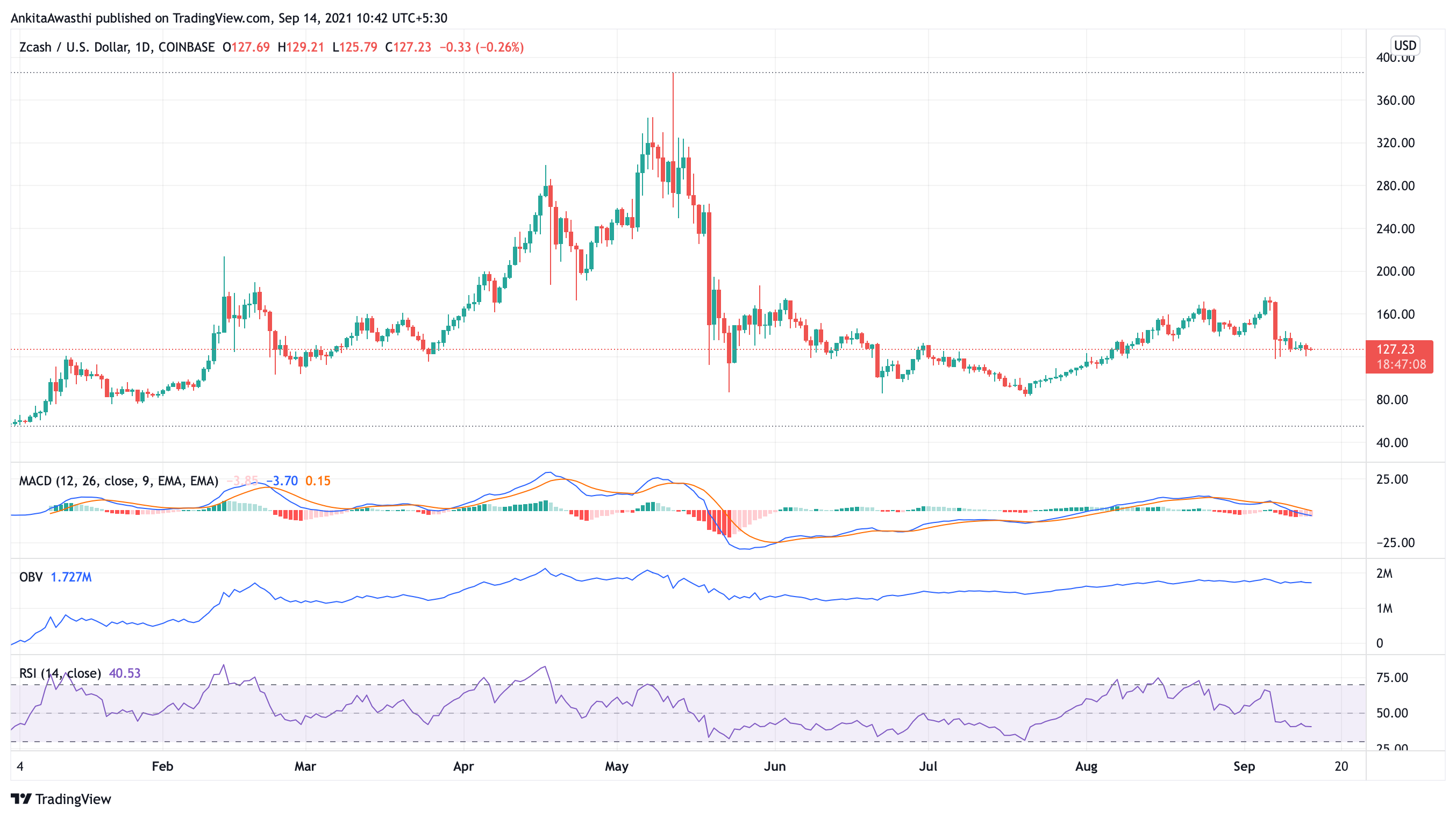 The MACD line is below the zero range, whereas the EMA is above the zero range. There is a bearish crossover and the MACD is much below the EMA line suggesting the selling pressures are dominating the market. Hence, we might expect the price to fall further down as the bearish trend will prevail for today.

On the daily chart, OBV broke its uptrend and took a dip, the OBV is expected to make a deeper dip suggesting the volume of ZEC is depreciating.

The RSI touched 66.28% and took a sharp downswing. The RSI tried to take support at multiple support levels, but the selling pressure played the dominant factor and pushed the RSI further down on the chart. RSI is currently at 40.41% and is making a downtrend on the chart, suggesting the traders should brace themselves for price fluctuations.

Currently, the ZEC price is at the second Fibonacci pivot point of $156.07. If the bears remain strong till day end, then the price is likely to fall below the strong support level of $116.22. However, if the price breaks this level, it will highlight the next support level of $97.07.