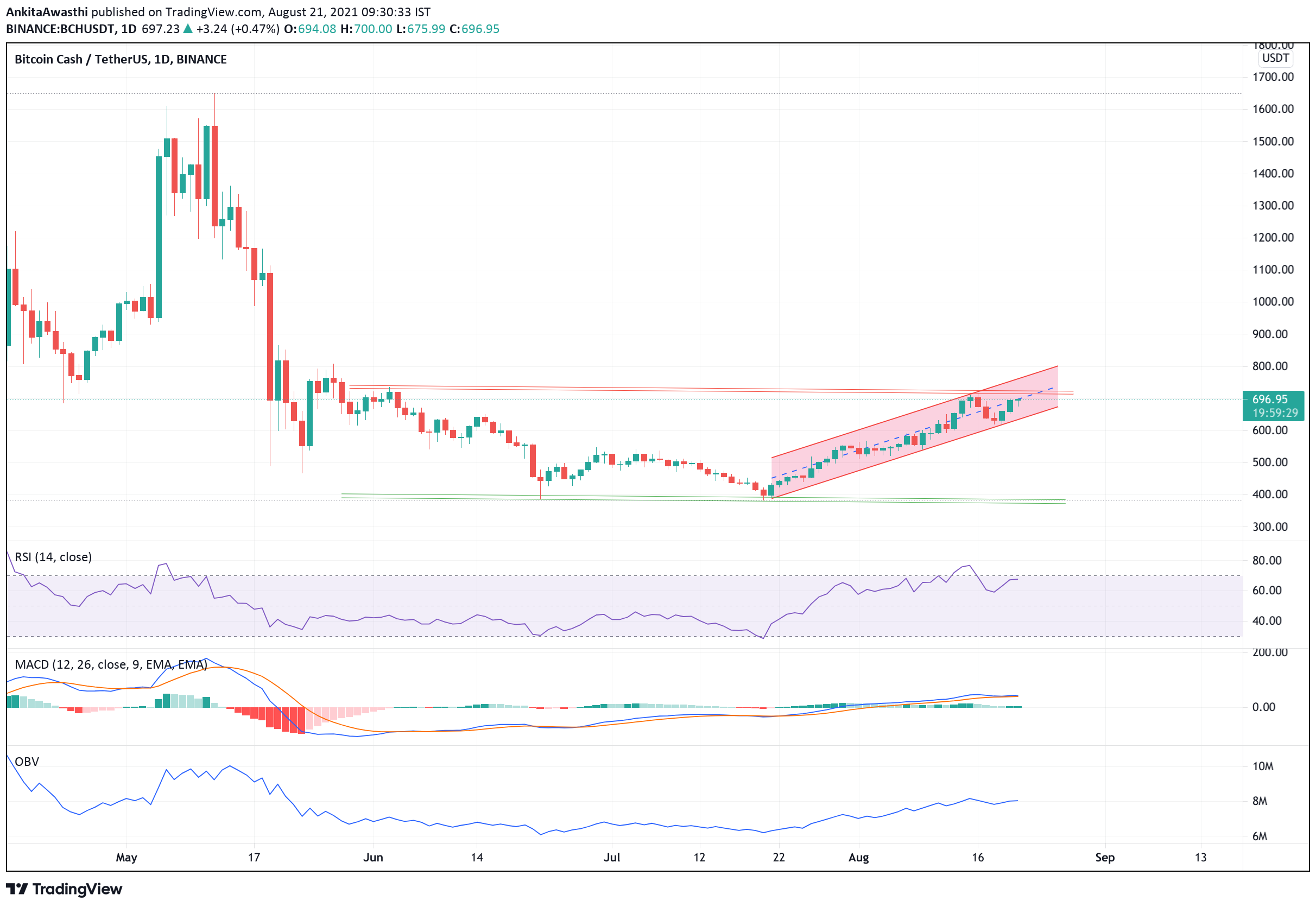 In the last 24 hours, the price has increased by approximately 6%, by $40.87. Moreover, the price is near June's resistance level. After taking support at the $611 level, BCH is trying to break out from the $712 level. However, now, when the BTC has crossed $48k, we can expect BCH to also breakout and form new highs.

Now, let us see how indicators are reacting at this level.

Meanwhile, according to the Relative Strength Index, sellers have been dominating the trend. And, currently, it is taking support near the overbought zone. Currently, it is at 67%, making a bullish divergence. Therefore, we can expect it to bounce back after making support on the trend line.

The MACD lines are in the positive zone, thus suggesting a buy signal after a long time. However, the MACD is forming a bearish pattern as on a daily level, we can see a bearish crossover. Till the time the signal line crosses the MACD line from below, we will be in a bearish trend. Thus, a short pullback in the price can be expected.

As the majority of indicators are indicating that the BCH price may fall for the rest of the day. Then, traders can take a short position if the price breaks below the support level of $611, and they can book profit at the next support level, which is $590. However, keeping the stop loss at the $712 level.

If in case the buying pressure takes over, then the market traders can go long. However, if the price breaks the crucial resistance level, which is at $714. The next target would be $803, and the stop loss would be $658.