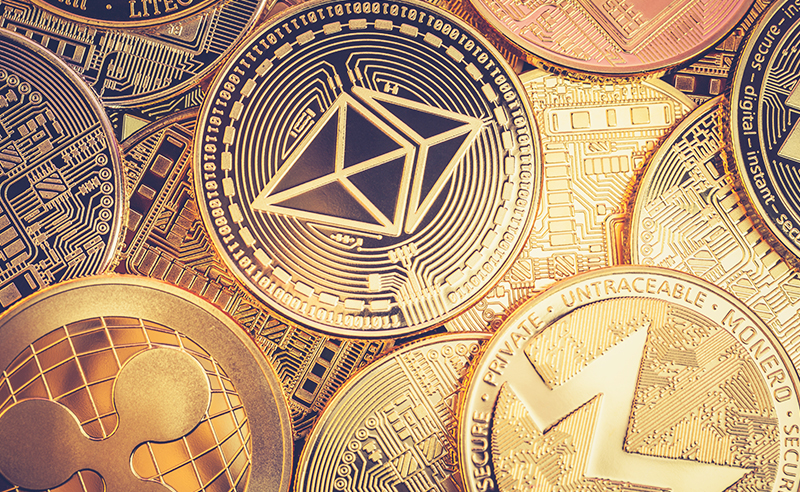 Beginners Guide to Best Altcoins to Invest for Indians in 2020

The cryptocurrency market that stood at about $25 billion till April 2017 has soared by leaps and bounds over the last three years. It is currently valued at around $250 billion, which means that the market has boomed by 900% in less than three years. Therefore, it is natural for people to want to be a part of this massively growing sector and reap the benefits of the crypto industry. However, it is worth noting that Bitcoin alone accounts for almost 60% of the Bitcoin market with a market cap of over $150 billion. But several other alternative cryptocurrencies or altcoins are also emerging, leaving a significant mark in the crypto space. While most consider investing in Bitcoin as the safest bet, others tend to go for altcoins. If you want to buy cryptocurrency in India, then this blog is for you. In this blog, we will be discussing some of the best altcoins to invest for Indians in 2020, focusing on their technology, uniqueness, and previous trends. So, let’s begin with our analysis of the best altcoins for Indians in 2020.

Ethereum is undoubtedly perched right at the top of the list of the best altcoins in 2020. Many consider it the best cryptocurrency after Bitcoin. And guess what, it has been there ever since its launch in 2015. After Bitcoin, it is the second most valuable cryptocurrency with a market cap of $25.992 billion.

How Ethereum Prices Fared Over the Years

What sets Ethereum apart from Bitcoin?

Ethereum is one of the most sought out altcoins in 2020 because it offers a lot more than Bitcoin to its users. It provides the developers with a platform, which they can use for building decentralized applications and blockchain-based smart contracts. In fact, Ethereum introduced smart contracts, which created a lot of buzz. It soon went on to become one of the most preferred platforms for the launch of ICOs. All these factors have made Ethereum highly popular amongst crypto enthusiasts, setting it apart from Bitcoin and making it the most preferred altcoin of 2020 for Indians.

Where can you purchase Ethereum?

In terms of popularity, Ethereum is next only to Bitcoin. So, you shouldn’t face any trouble in buying Ethereum at any exchange or broker exchange. However, with the RBI’s banking ban on cryptocurrencies, you might have trouble finding an Indian cryptocurrency exchange and buying this coin. You can, however, buy Ethereum with a credit card or debit card. You can buy Ethereum at Coinbase, Gemini, or Coinmama.

Another altcoin worth investing in 2020 is Litecoin. A former Google employee called Charlie Lee created this coin in 2011. You can call Litecoin an improved version of Bitcoin. The very reason why Lee launched Litecoin was to overcome some of Bitcoin limitations, like its slow speed of transactions.

How Litecoin Prices Fared Over the Years

Litecoin has carved out a niche for itself in the crypto domain over the last nine years and has a market cap of $3.97 billion at the time of writing. The year 2017 was an exceptionally successful year for Litecoin, which saw its prices surging from $4 in January to $350 in December.

What sets Litecoin apart from Bitcoin?

The biggest add-on that Litecoin brought was a significant enhancement in the transaction speed from that of Bitcoin. Litecoin carries out its transactions four times faster than Bitcoin. Thus, Litecoin completes a higher number of operations in the same time that Bitcoin takes to execute one transaction.

Where can you purchase Litecoin?

Most cryptocurrency broker exchanges from Coinbase to Kraken and Coinmama will allow you to buy Litecoin with a credit card or debit card.

A Chinese by the name of Da Hongfei created NEO in 2014. NEO was initially known as AntShares. It has gone on to become the most popular cryptocurrency emerging from China. As NEO blockchain is one of the best platforms to build dApps and Smart Contracts, many consider it the best altcoin to invest in 2020.

How NEO Prices Fared Over the Years

As was the case with most cryptocurrencies in 2017, NEO also saw massive growth in 2017. It grew from $0.16 in January 2017 to reach $162 in January 2018. It has a market capitalization of $863 million today. The robust technology behind NEO project and the support that it has received from the Chinese government are the main factors why NEO has grown so massively over the years.

What sets NEO apart from Bitcoin?

Other than that, NEO is also compatible with many programming languages like C++, Java, and Go. that is not the case with Ethereum, which is compatible with only one language, i.e. Solidity. That’s why NEO has become one of the best altcoins to invest in India and also become a firm favourite among the developer community.

Where can you purchase NEO?

As popular a coin as NEO might be, you can’t purchase it from too many places. You won’t have the luxury of buying NEO using fiat currencies directly at most places. The easiest way to purchase NEO is to first buy Bitcoin from Coinbase or Kraken and then buy NEO in lieu of your Bitcoins. Also, big exchanges like Binance and Bitfinex will let you exchange your Bitcoins for NEO.

Charles Hoskinson created Cardano in September 2017. Hoskinson was also one of the Ethereum co-founders. The reason why you should buy Cardano in 2020 is that apart from providing developers with a robust platform for building dApps and smart contracts, it also offers many technological improvements that other blockchains don’t provide.

How Cardano Prices Fared Over the Years

Despite being one of the newest altcoins, Cardano has a market capitalization of $1.32 billion today. When it was launched in October 2017, it was priced at $0.20. It went on to reach $1.20 in January 2018, registering a growth of almost 500%. Although the returns from Cardano weren’t as lucrative as returns from other coins, it remains immensely popular amongst the developer community and investors as it offers them the possibility of creating highly efficient blockchains.

What sets Cardano apart from Bitcoin?

While Bitcoin is a digital currency, Cardano allows the developers to build dApps with its native currency, i.e. ADA. It has been designed in such a way that it solves the three core issues that blockchain projects face, i.e. sustainability, scalability and interoperability. It also solves the problem of time-consuming international payment transfers by effectively reducing the transaction time to a few seconds from a few days.

Where can you purchase Cardano?

You buy Cardano with your credit card or debit card directly at Coinmama. At other exchanges, you will first have to purchase Bitcoin or other altcoins and then exchange them for Cardano.

EOS was created by Dan Larimer, and its ICO was launched in June 2017. Incidentally, Larimer had also founded crypto exchange Bitshares and Steemit, which is a blogging site meant for blockchain projects. EOS also provides the developer community with a platform to create dApps.

How EOS Prices Fared Over the Years

Although its platform is yet to be fully developed, EOS already has a market capitalization of $3.508 billion. It had successfully raised $700 million through its 2017 ICO. EOS was priced at $4 in July 2017 and quickly reached $18 till January 2018.

What sets EOS apart from Bitcoin?

Like all altcoins mentioned in this blog, EOS can also be used both as a digital currency as well as a reliable platform for building Smart Contracts and dApps. EOS is more scalable than Ethereum as it uses Delegated Proof-of-Stake compared to Proof-of-Work used by Ethereum. Moreover, it supports multiple programming languages.

Where can you purchase EOS?

If you want to purchase EOS with USD directly, Bitfinex is your best option. However, you can also buy Bitcoin and exchange them for EOS at Kraken or Binance.

So, which is the best altcoin to buy for Indians in 2020?

Now that I have given you a list of top altcoins to buy for Indians in 2020, you can choose your pick. Whichever option you go for, make sure that you do thorough research on the past trends of these altcoins so that you can make an informed choice.