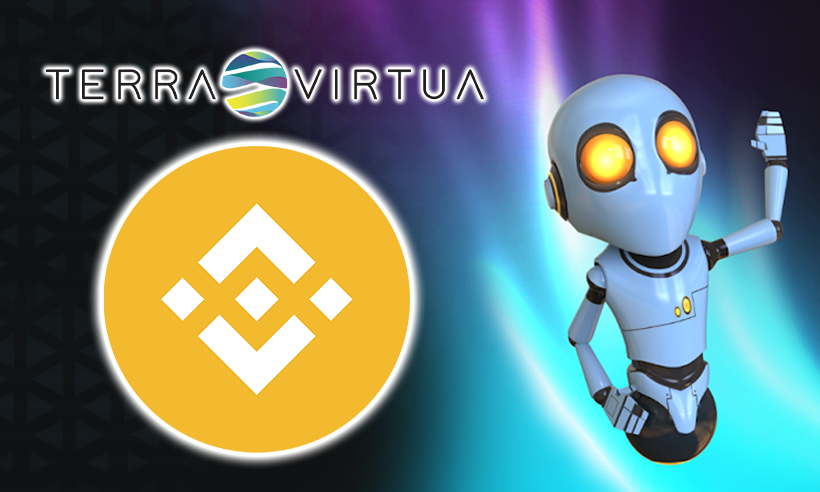 Binance and Terra Virtua Kolect, the core native utility token of Terra Virtua is an exclusive staking initiative going to launch on May 6, 2021. The core native asset of the leading digital marketplace for NFT has now been made available for staking with super-high yield.

It has been recently revealed in a joint official announcement by Binance exchange, a leading cryptocurrency exchange in the world, and Terra Virtua, a digital collectibles platform, that a staking program is about to be introduced in the market.

The recently made announcement said that the users will now be able to enjoy the $TVK staking with the Binance Exchange with up to 47% APY and the same is going to be launched on May 6, 2021, at 12 pm UTC.

TVK assets are now able to be deposited to the staking contract in the Locked Staking module of the Savings dashboard of Binance exchange starting from 12:00 pm.

In addition to this, it should be known that other programs for 30,60, and 90 days are launched with around 9-18% in APY. Moreover, the offering is limited and the stakers will be onboarded on a first-come, first-served basis.

Deposits between 10 and 50,000 TVK are going to be accepted for this staking initiative.

Also, as a matter of fact, Terra Virtua is a distinct multi-directional project that is focused on the really red-hot segment of the digital collectibles.

Along with this, a number of collections for the fans and lovers of art and gamers were deployed to a decentralized marketplace.

In addition to this, the readers should also know that Terra Virtua has recently released a collection of masks in cooperation with the Hashmasks team.