Binance is easily one of the world's largest cryptocurrency exchanges in the world with report volume North of $5.35 billion. The exchange has over 600 trading pairs and 196 coins. Off which, the exchange has its own token known as Binance token, which serves a utility function for the exchange and has other features as well. 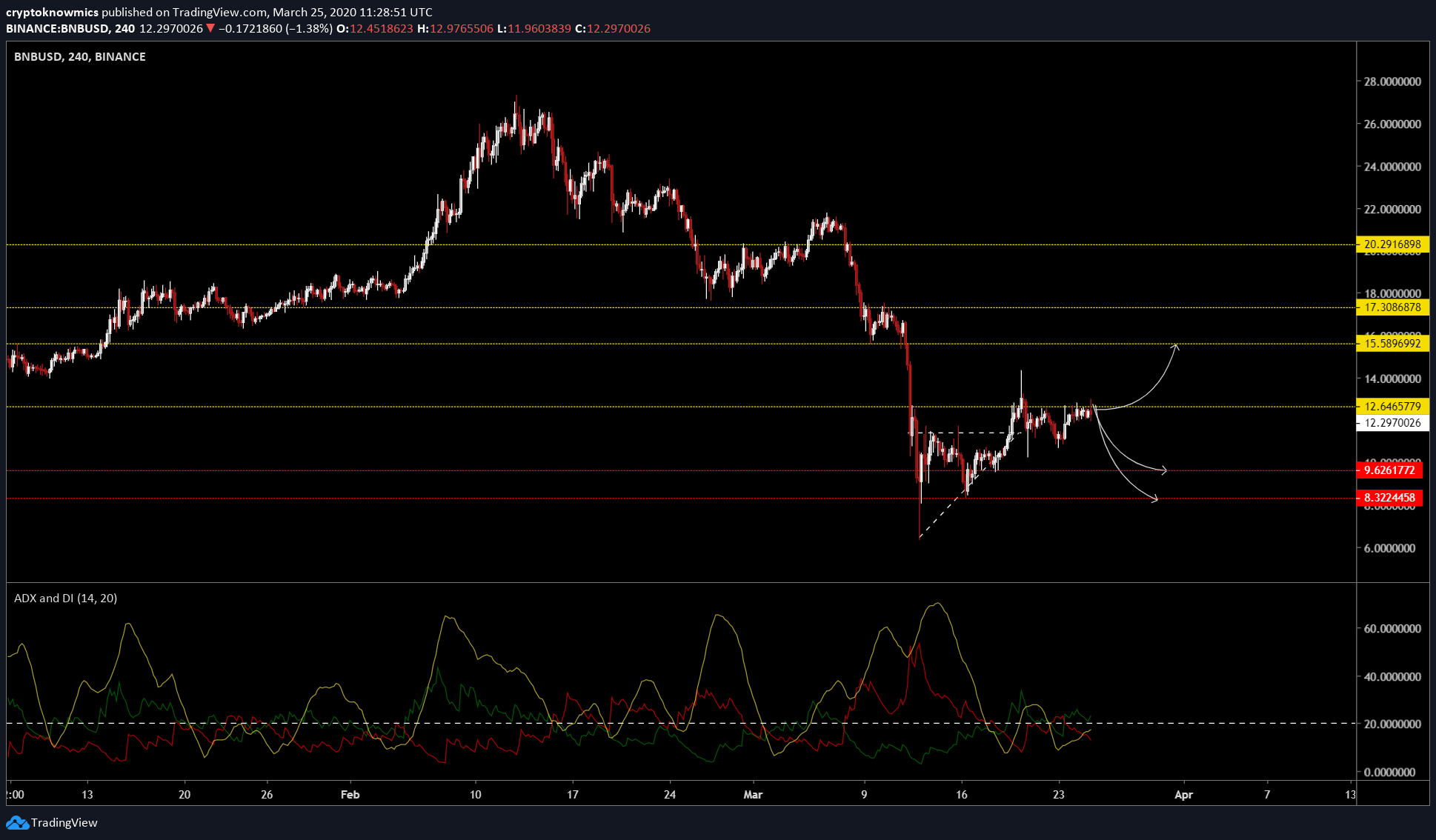 As mentioned, BNB has broken out of the ascending triangle and has been moving sideways since then. The sideways pressure is due to the resistance at $12.64, which has been tested twice in the last 5 days.

A successful breach of this level would allow BNB to push higher, at least up to the next level of resistance at $15.58 or 20% surge from its current level. However, if the price fails to capture $12.64, the downward movement is confirmed. A downtrend would take the price to $9.62 (-23%) first, following this level would be $8.32 (-35%). Hence, both scenarios are heavily dependent on what happens with the resistance at $12.64. Either way, the price looks to gain/lose 20%.

The directional movement index indicator (DMI) showed a slow increase in the overall trend from bearish to bullish. This can be seen in the bounce of the yellow line from the bottom and its journey towards the dashed-line aka ADX (white), which is the neutral zone.

Further, the uptrend or the DI+ line (green) is also undergoing a bounce at the ADX line, hence this indicates a failure to extinguish the uptrend or DI+ line.