Bitcoin Cash has had a hard time ever since it split off from the parent chain. Fortunately, the recent price surges have provided for things to fall into place. Especially with the golden cross already underway, the altseason seems to be picking up pace.

With the altcoin market cap rising steadily, this further strengthens the altseason scenario. As discussed in the earlier articles, the BTC dominance is also a factor in the altseason, which has comfortably fallen from (approx.) 70% to (approx.) 60%. Hence the reason why altcoins are surging. 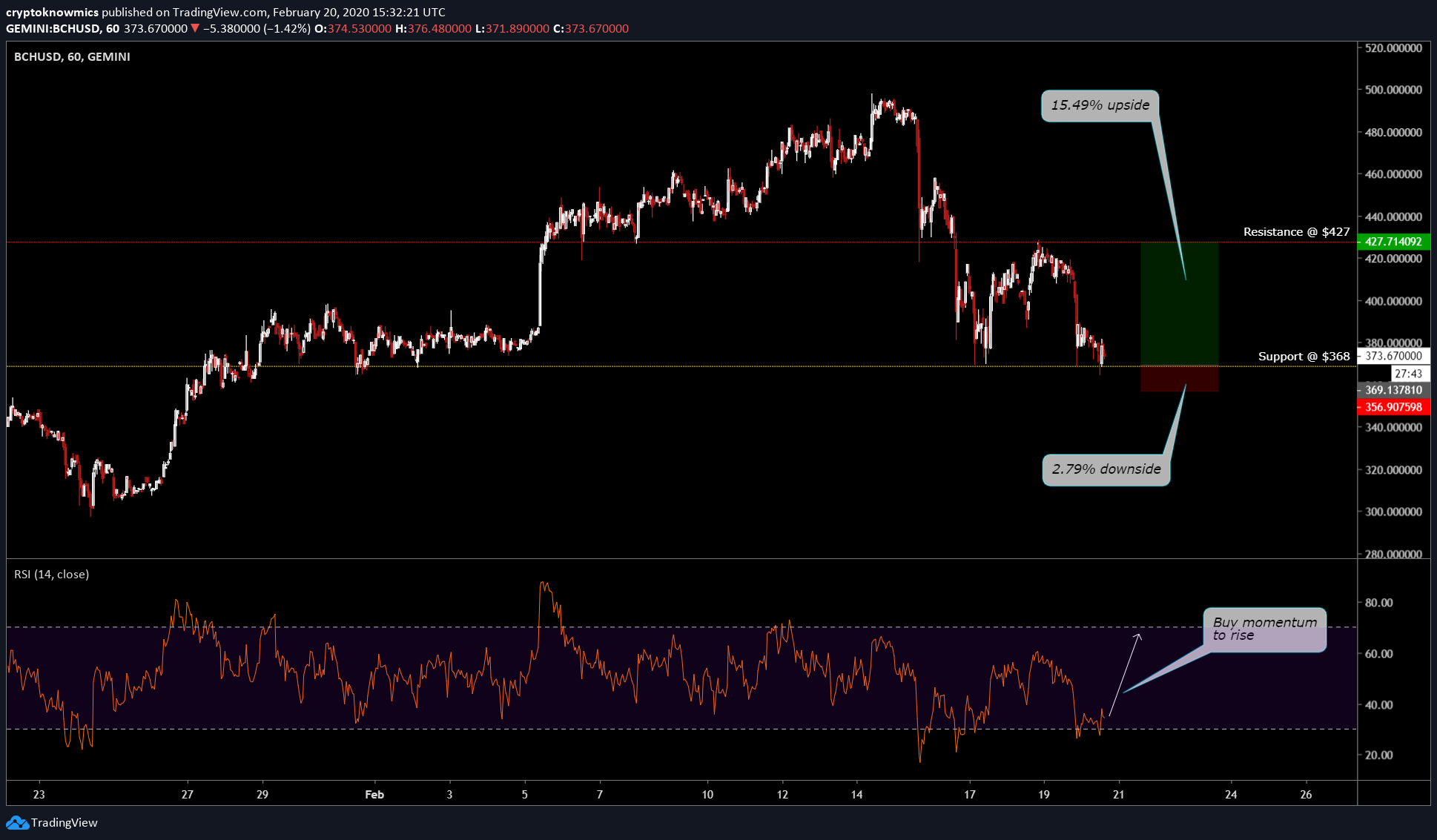 Bitcoin Cash has exhausted its bullish momentum $500 (approximately). Albeit the price seems to be taken over by the bears, there is still hope for BCH. A rather bright future in the upcoming days.

A bullish momentum would propel the price higher by 15% finally facing the resistance at $427, however, the journey from here is still hanging in confusion. Most of the future ride would be determined once the $427 point is reached.

An unlikely scenario would be for the price to dip below BCH's important support level at $368. This would definitely push the price to the lower range of $333 followed by $304. By the $304 price, the bears would be exhausted causing a shift in trend, like a clockwork.

Supporting the bullish takeover is the Relative Strength Index, which has begun its bounce off the oversold zone at the 30-band. As mentioned above, the stock market and the crypto market are working like clockwork, a change in one element will set off a change causing another element to change. Since the indicator is an oscillator, the RSI tends to bounce between 0 to 100. Confining it even further is the 70-30 band aka the overbought-oversold band.

Neglecting the unlikely scenario, the chances of which are less likely to take place, the overall chart of Bitcoin Cash looks extremely bullish.