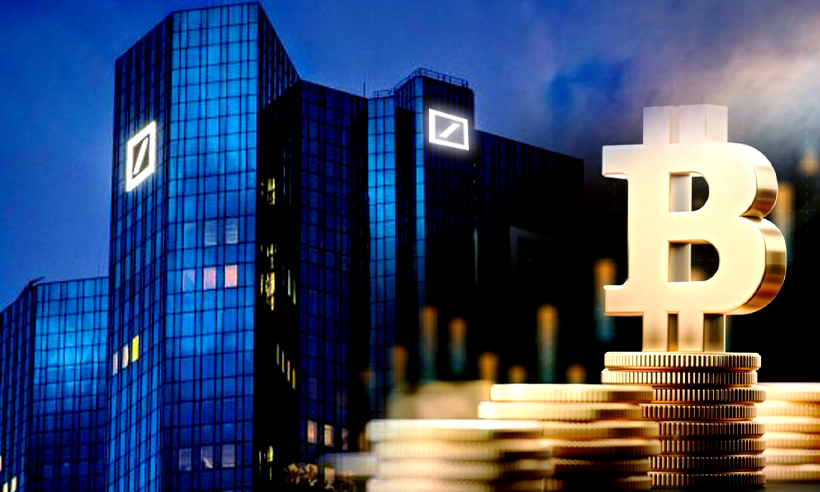 Bitcoin is too important to ignore given its $1 trillion market capitalization, according to the latest Deutsche Bank report. Published by the analyst, Marion Laboure, the report highlights that Bitcoin should continue to rise amid attention from asset managers and corporate players. Despite the positive adulation, the cryptocurrency is expected to remain volatile due to its limited tradability.

Bitcoin the Third-Largest Currency by Circulation

Marion Laboure in her report states that Bitcoin’s value will continue to rise or fall, depending on what people believe it is worth, based on the Tinkerbell Effect. Named after a fairy from Peter Pan, the term is used by economists to explain value based on beliefs. In a similar way how children believe Tinkerbell exists because children believe she exists.

Laboure estimates that less than 30% of transactional activity in Bitcoins is related to payment for goods and services. While the rest is largely used as a financial investment.

Despite the lower transactions, Bitcoin is now the third-largest currency by circulation, only behind the U.S. Dollar and the Euro.

The next generation endorses the leading cryptocurrency. In a survey conducted by Deutsche Bank, over 30% of millennials from the U.S., Germany, China, and the U.K. believe cryptocurrencies will eventually replace cash and debit cards.

In the latest CNBC’s Squawk Box show episode, Anthony Scaramucci, head of SkyBridge has compared Bitcoin to Amazon shares, which showed 64 times returns on investment after a twelve-year period from 2009 to 2021.

Bitcoin, at the moment, is passing through its transitionary period, same as Amazon during its first ten years. Back in 1997, $10,000 worth of Amazon shares during the IPO is now worth more than $21 million.