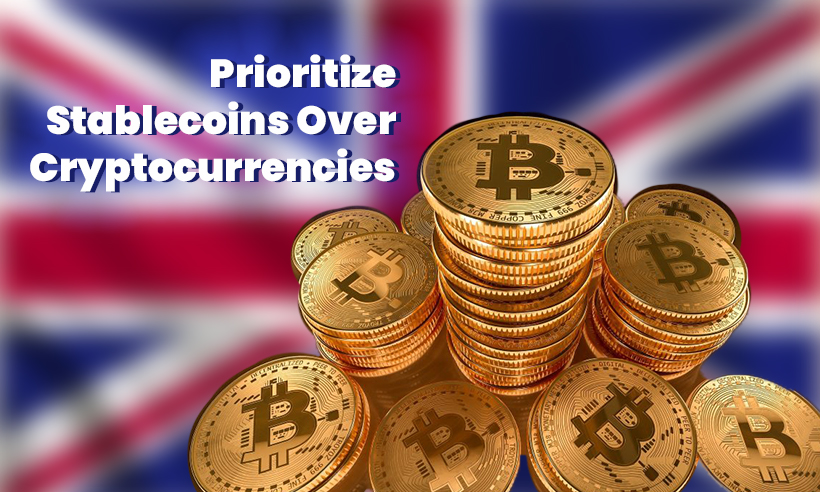 British regulators are looking to prioritize stablecoins rather than cryptocurrencies, according to the Economic Secretary to the Treasury, John Glen. Authorities in the U.K. are seeing stablecoins could pose threats to financial stability. The country’s financial services minister, therefore, believes intervening over the crypto market is less important for now. Glen delivered his remarks while addressing a conference organized by City & Financial Global, Reuters reported.

Speaking at a City & Financial conference Tuesday, Economic Secretary to the Treasury John Glen said stablecoins could pose a threat to the economy.

Financial stability could be threatened if a private company ends up monopolizing the market.

“There is the potential for some firms to swiftly achieve dominance and crowd out other players, due to their ability to scale and plug into existing online services,” Glen said.

It is likely that a stablecoin monopoly was made in reference to Facebook’s Diem. Announced by Facebook in June 2019 as Libra, the proposed Diem stablecoin was met with criticisms from regulators worldwide over its global presence potentially disrupting the world economy.

Glen said that Britain isn’t looking for suppressing innovation, but the country had a “once-in-a-generation opportunity here to make vast strides in the efficiency of financial services, and ultimately benefit consumers and the economy as a whole.”

Stablecoins Could Monopolize the Markets

British regulators prioritizing stablecoins over the crypto market, in general, is due to fears of monopolies emerging in the market based on the limited number of stablecoin services.

READ  Scepticism Around the Demise of Founder Gerald Cotten

Stablecoins are a new type of cryptocurrencies designed to offer price stability, backed by a reserve asset. They have become the largest component of cryptocurrencies through trading volume, Glen said to Reuters. While no stablecoin is currently dominating the market that could eventually happen, he said.

Meanwhile, a consultation paper was released by the U.K. Treasury at the beginning of this year to collect feedback on regulating stablecoins and cryptocurrencies.