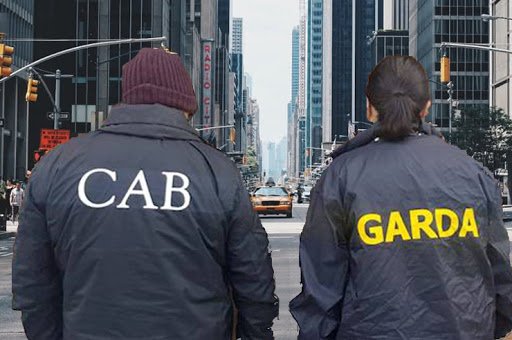 Criminal Assets Bureau (CAB) has seized 52m Euro worth Bitcoin from a drug dealer when he forfeited his cryptocurrency after the court found him guilty.

The court said that Clifton Collins from the town of Crumlin, in Dublin used to be involved in illegal activities of selling and supplying drugs. Mr Justice Alex Owens ruled that under the Proceeds of Crime legislation, he should forfeit his Bitcoin.

Clifton (49) didn’t even bother to contest the CAB’s application. Calling his assets into question stems from a Garda investigation which started all the way back in February 2017, when he was caught red-handed with cannabis in the vehicle.

Collin was charged with a number of offences under Drugs misuse Acts and appeared before Bray District Court. He jumped into the Bitcoin world at a young age, and with time Bitcoin grew and he benefited substantially. The CAB was successful in ordering the freezing of his bitcoin assets, in making sure his bitcoins aren’t removed from the wallet without the court’s approval.

CAB Attack Had Others on Its Hitlist Too

The Collin’s case is not the only one, as there were five more applications the CAB brought yesterday before Judge Owens.

Ladbrokes betting account by Stephen McAuley of Hollystown, which held euro 21,490 in cash was taken over by CAB, on the pretexts similar to Collins, that he sold and supplied drugs too. Along with the money,  a Tag Heuer watch worth around euro 2,900 was secured by the CAB too. As he didn’t appeal against the application and gave his consent, the CAB didn’t have to wait for the usual seven years to transfer his assets to State coffers.

James O’Neill from Dublin’s south inner city was another on CAB’s hitlist. It was alleged that he had ties with the drug gang Kinahan crime cartel. Around euro 21,000 in cash held in a credit union account along with watches with a total valuation around euro 40,000 were seized by CAB.