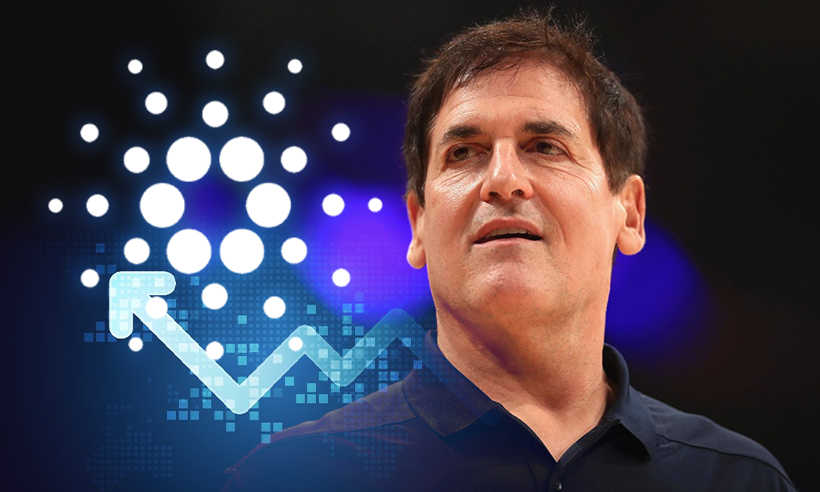 The creator of Cardano (ADA) has recently recorded a video primer for the Dallas Mavericks owner, Mark Cuban in order to pitch the coin. The price of the cryptocurrency has surged over 50% this week, from the mark of $1.59 on Wednesday to an all-time high of $2.49 today.

The latest record of Cardano (ADA) was sufficient enough to grab the attention of the owner of Dallas Mavericks, and the star of Shark Tank, Mark Cuban.

Meanwhile, the founder of the cryptocurrency jumped on the opportunity to sell Cuban on his invention.

Well, there is no denying the fact that Mark Cuban tweets frequently about all the things surrounding crypto, but has rarely mentioned the name of Cardano in his tweets.

“Are you, personally, able to use $ADA for anything? If so, what have you used it for? That’s the question I ask about all Crypto. Do you find yourself using it for anything that you find value in?”

At the starting of this month, he managed to write a long thread comparing the relative merits of Bitcoin, Dogecoin, and Ethereum.

One of the fans of the Cardano cryptocurrency suggested that the team of Mark Cuban accepts payment in Dogecoin, which the team started in the month of March.

“Then maybe some Cardano holders would use it to buy merch from the Mavericks ..  just saying .. there’s your use case”

In response to this, Cuban said:

“If you can get Bitpay to take it. I’m happy to sell for Ada.”

“You’re breaking my heart mark…. But levity aside. Come by the farm in Colorado sometime and let’s chat.”