Although altseason has begun, all the altcoins are facing an interim top causing the price to retrace and regroup for another rally. The same can be said about Litecoin and Tron, both of which exhibited a bullish outlook in the near to short term.

Cardano, however, is also on the same journey to a similar destination. 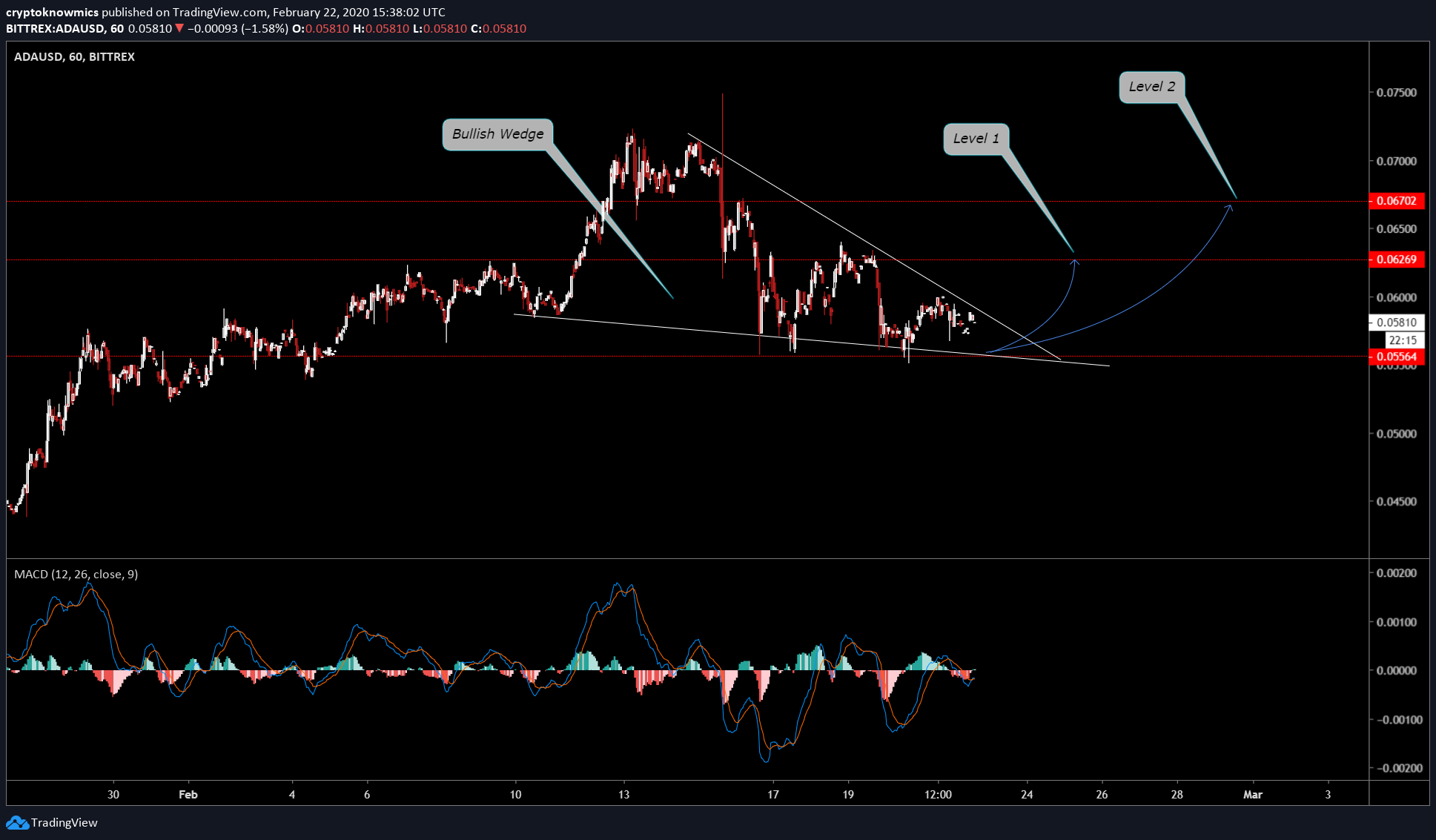 As mentioned above, the bullish pattern or more commonly known as the falling wedge points towards a surge for Cardano in the near term. However, the surge levels are determined by identifying the important resistance zones.

For the upcoming week, Cardano's price will oscillate between $0.055 to $0.0670. Judging by the price movement in the pattern, the price will breakout of the pattern within the next 10-24 hours.

The breakout will also be followed by a bullish MACD crossover to the upside. The histogram will be painted with green bars above the zero line. This will be a result of the price of ADA hitting the first level of resistance at $0.0626 after surging 12.5%. Depending on the quality of the buyers, the price will breach the resistance. If strong, it will shatter this level and move on to the next one at $0.0607. If weak, the price will retrace its steps towards the current level, $0.058.

The MACD, if observed correctly, is also being pressured by a strong downtrend acting as a resistance. This also explains the squeeze taking place at the time of writing. The breakout in the price of ADA will either be met with spectacular MACD crossover or low-strength sideways movement with more intertwining than now.

As always, there is a small chance of price disregarding the pattern and trending lower to $0.052 level, a strong support level.