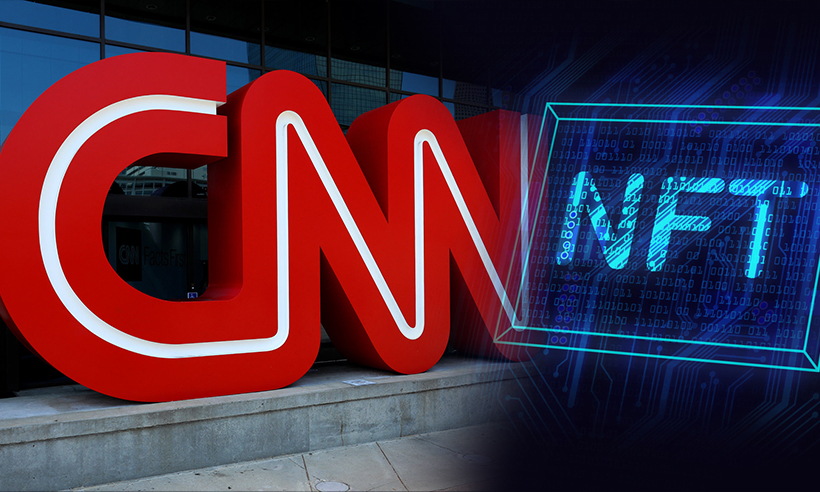 If you’ve ever wanted to own a piece of history, now might be your chance. The WarnerMedia-owned multinational news channel CNN is jumping into the NFT space with a new offering called “Vault by CNN”. The project will mint a select set of NFTs from the channel’s 41-year old archives on the Flow blockchain, which is also home to NBA Top Shot, a marketplace for sports highlights.

CNN NFTs Will Be Available in Late June

While CNN hasn’t specified the details for its first batch of NFTs, the channel has hinted that the offering will be based on its early exclusives, world history, and Presidential Elections. “Vault” will begin dropping these moments over a span of six weeks starting in late June 2021. Users could expect the successive collections to cover more topics and themes as Vault by CNN adapts to the community.

Explaining the rationale for the launch of its new service, CNN stated:

“Until now, there has been no way to ‘collect’ these moments. Users can often find old footage online, or packaged up in documentaries, but they cannot ‘own’ them or display them in the way they can with a print newspaper or magazine.”

The tokenized news moments will be available in a combination of both limited and open editions. To purchase these tokens, users will have to sign up for “Vault”, where they will store the moments. Unlike other NFT shops, users are not required to fulfill their payments in cryptocurrencies; they can buy their tokens using traditional methods such as credit cards. Although, users will need to create a digital wallet with the mobile application Blocto.

Users Will Be Able to Render Their NFTs Offline

CNN has partnered with video framing company Infinite Objects to help users render their NFTs onto a screen without an internet connection.

Interestingly, Fox and Time Magazine have also announced their foray into the NFT market before CNN. As of yesterday, Fox Corporation revealed that it was investing $100 million in Blockchain Creative Labs for NFT content creation.