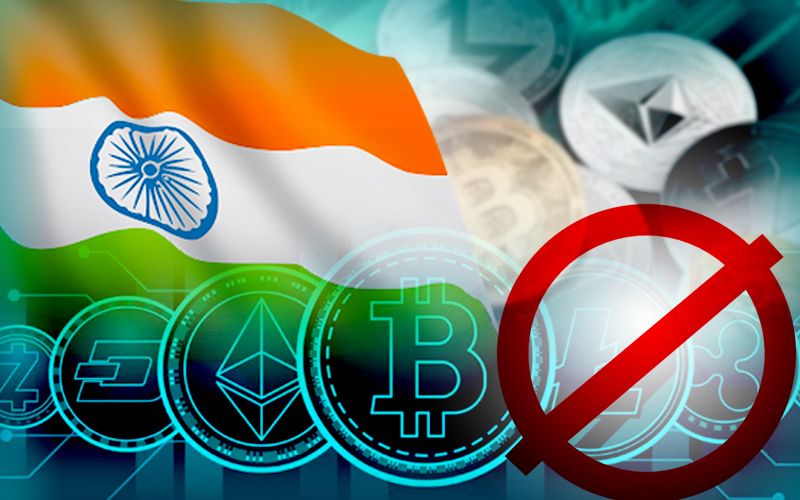 Crypto Ban in India Might be Quite Alarming for Community

The Indian government has been maintaining quite a strict hand for the cryptocurrency market. A few months back the Supreme Court lifted the long-imposed ban by the Reserve Bank of India on cryptocurrency. However, it seems another major turn is around the corner for the Indian crypto market. In July 2019, a financial committee proposed a draft statement, “Banning of Cryptocurrency & Regulation of Official Digital Currency Bill, 2019”. This bill has not been passed yet but recently there were certain updates regarding this bill.

Before becoming a law, a bill has to pass different stages in India. Now the Department of Economic Affairs har circulated a ‘cabinet note’ concerning the similar bill for a crypto ban which was proposed in July 2019. The first stage that comes informing the law is “Formulation of the legislative proposal”. For this 2020 Bill, the ministry might have drafted a legislative proposal after the recent judgement from the Supreme Court. After this, the proposal is sent to the Ministry of Law and Justice (MLJ) and if the proposal is accepted, MLJ will be preparing a draft bill for the same.

The bill which has been drafted by the MLJ needs to be accepted by the Ministry of Finance. After this process, the bill needs to be sent to the Cabinet Secretariat for further process. As per the recent reports, it has been assumed that the current draft bill might be under the process of circulating the memorandum under MLJ. Different ministries of the Indian government must be going through the draft bill to ban the cryptocurrency in India.

Once the whole process is completed, the bill will be introduced to the Parliament for the final decision. However, it has been assumed that the government might not be considering this bill at the moment. The reason is that there are several issues going on due to the COVID-19 pandemic. It is yet to be seen what is going to be the decision of the government regarding the crypto ban bill.