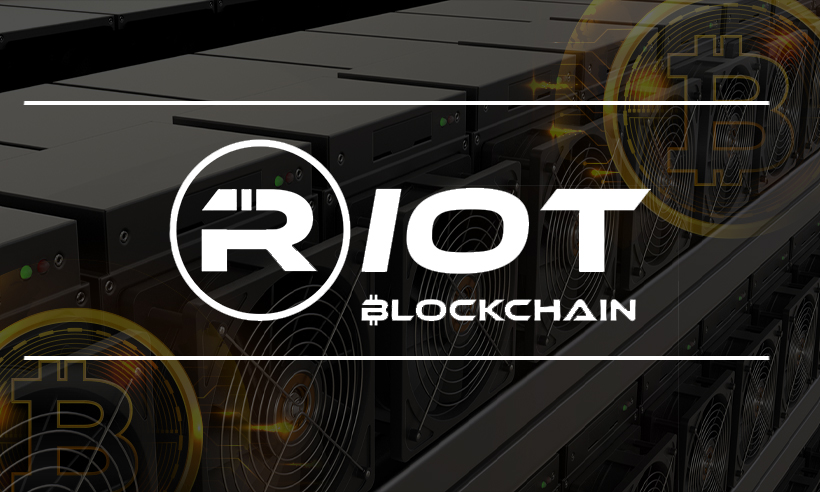 Cryptocurrency mining firm, Riot Blockchain has recently expanded its fleet and has reportedly purchased around 42,000 S19j Antminers from Bitmain. In accordance with the recent revelations, the deal is worth $138.5 million and will be adding approximately 3.7 EH/s to the existing mining capacity of Riot Blockchain.

The cryptocurrency mining company, Riot Blockchain has recently spread its wings and capacity of mining with a new buying order for 42,000 S19j Antminers from Bitmain.

Megan Brooks, the COO of Riot Blockchain, has recently stated that the latest buy order positions her firm and the U.S. at the center of the bitcoin mining industry.

Addressing the expansion in the hash rate capacity of the firm, Megan said:

“By nearly doubling its planned hash rate capacity, Riot continues to take great strides forward in growing both the Company’s and the United States’ share of the global network hash rate. We are proud of this accomplishment and remain focused on continuing to evaluate additional opportunities in the space.”

The purchase order was valued at $138.5 million, and it is a segment of a harmonized expansion plan to notably increase the bitcoin mining hash rate of the company.

Riot Blockchain revealed addressing the result of the present and earlier orders that it is programmed to receive a minimum of 3,500 S19j Antminers/month starting in November and running through October 2022.

Company’s Expectations and Expansion of Capacity

As reported earlier by leading analysts, Riot Blockchain is expecting to achieve a hash rate capacity of 3.8 Exahash/second by the end of this year.

After the posting of the new order of 42,000 Antminers will be exceeding even double the capacity to 7.7 EH/s.

After being fully functional. The mining fleet of Riot Blockchain will be consisting of a total of 81,150 Antminers. In addition to this, around 95% of the Antminers will be the latest generation, S19 miners.

In reflection of the overall trend in the crypto market, the share price of Riot Blockchain was significantly down by 7% on Wednesday. The share price has undergone a correction of over 36%.