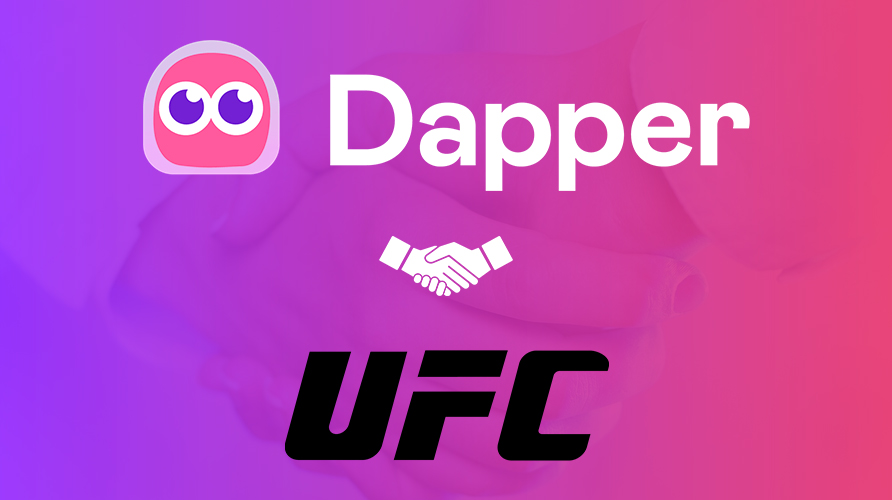 Animoca Brands investment Dapper Labs has announced its partnership with the famous mixed martial arts promotion company, Ultimate Fighting Championship (UFC). Dapper Labs is the creator of the world's most popular as well as successful blockchain application, Cryptokitties outside of exchanges.

The association will facilitate UFC's global fanbase to trade and buy a new form of digital collectables through the Flow blockchain platform.

As per the terms of the partnership, both the companies will work together to develop Flow, a new Dapper Labs platform that would enable the fans of UFC to own UFC branded digital collectables.

UFC, The First Global Brand To Be Featured On Dapper Labs New Blockchain

Roham Gharegozlou, the chief executive officer at Dapper Labs, noted that Flow would make it easy to develop blockchain games and apps for any developers. He further added that by working with UFC, Dapper Labs is giving an engaged fanbase a real ownership stake in the communities they are a part of and the sport they love. He mentioned UFC as one of the first global sports brands that would be featured on Flow.

A World-Class Experience For UFC Fans

Dapper Labs developed Flow as a solution to blockchain scalability for consumer application and digital collectables that will also empower the tech-savvy UFC supporters trade, buy and own authoritative, tested as well as limited-edition digital collectables.

Tracey Bleczinski, the senior vice president of global consumer products at UFC, said that the team is thrilled with its partnership with Dapper Labs and for providing a new experience to its fanbase globally. She further added that Flow is UFC's one of the many ways to offer their fans with the world-class experience.

According to the reports, last year in September, Dapper Labs raised $11.2 million in a funding round to support the Development of Flow. The investors who helped finance Dapper Labs new Blockchain included Digital Currency Group, Andreessen Horowitz and Warner Music Group.