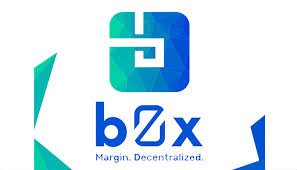 bZx, a Decentralized Finance (DeFi) protocol that allows users to lend and trade with margin and leverage, announced on February 16, it has taken down its Fulcrum trading platform for maintenance after an exploit was executed against bZx protocol.

As explained in bZx’s official Telegram channel, the exploit was done against a contract; hence, the company had to pause the contract at that time, except for “lending and unlending” service.

While several reports from market observers claimed that about $350,000 in ETH was lost to the attack, an analytics site, DeFi Pulse, estimated that about $932,000 worth of ETH (3,300 ETH) was taken out from the protocol (bZx) in the past 24 hours.

However, for bZx, the transactions on the protocol are complicated, so it will require additional time to arrive at a comprehensive report of the actual fund lost to the exploitation, the firm said in a tweet on Sunday.

Meanwhile, about 600k of wBTC collateral was left by the attacker. All users and their funds, according to bZx, are safe from the attack. Moreso, no lenders will be affected by the exploitation, the firm reassured.

Currently, bZx is implementing additional measures to prevent the recurrence of such an attack. As per a tweet, they deployed a contract upgrade to make the system more robust.

Also, the company said the 600k of wBTC collateral left, will be used to stream interest and exit liquidity to existing iETH holders. It will be done through the admin key. The company will be publishing a more in-depth post-mortem on the matter.

A Possible Solution to DeFi Risks

For cases like this, Opyn, a decentralized margin trading platform, recently rolled out an options-based insurance market for Decentralized Finance (DeFi) investors to help avert risks. As Cryptoknowmics reported, the DeFi platform allows users to avoid both technical and financial risks through the provision of a Compound deposit.